Maine Mendoza’s Birthday Message for Herself and Intimate Dinner Photos 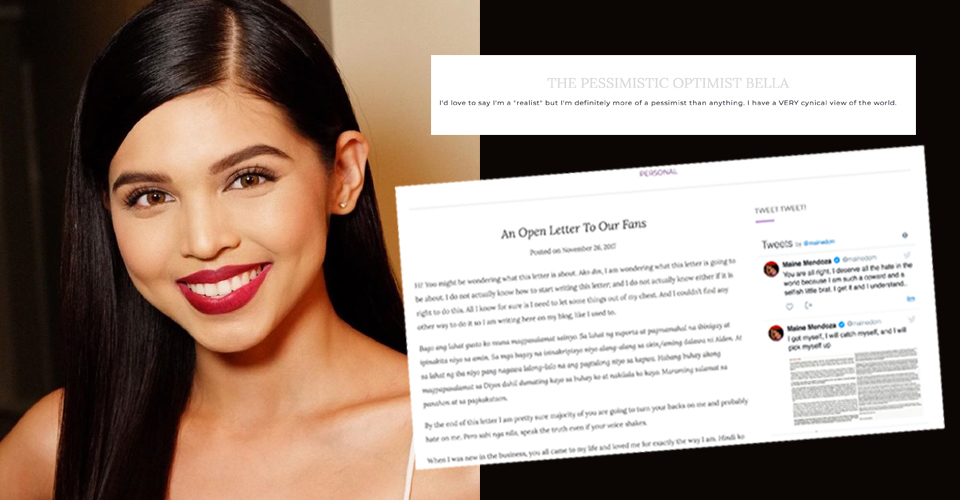 Yesterday, Maine Mendoza surprised everyone when she posted an open letter to the fans expressing her current state of mind and heart. In the entirety of her letter, Maine reiterated and expressed her appreciation and gratitude for the love and support she and Alden Richards have been getting since 2015 (when AlDub broke and became a national phenomenon). However, the Eat Bulaga! host said that she feels like she’s now living inside a box. Her freedom has been curtailed. She was honest to admit that she is no longer happy as many people surrounding her seem to dictate what she should do and feel.

One of the striking elements of the letter is the admission that she and Alden are just an onscreen pair and not a couple in real life. To quote,

“And for all the love and efforts you have given us, you deserve to know the truth that at this very moment Alden and I are just friends. We are a love team.”

Maine emphasized in her letter that she’s aware of the possibility of losing supporters after the admission. This, she said, “Even if I am left with a small number of supporters after posting this, kahit sampu lang ‘yan, for as long as I know (and I feel) they truly love me and care for me, I’ll be fine. Or even if I am left with none, I have family and friends who love me dearly and will never leave my side whatever happens. Sapat na ‘yun para sa akin.”

The letter immediately went viral, eliciting several responses. Some commended Maine for being brave enough to express her real feelings while some took it against her.

“You are all right. I deserve all the hate in the world because I am such a coward and a selfish little brat. I get it and I understand..” 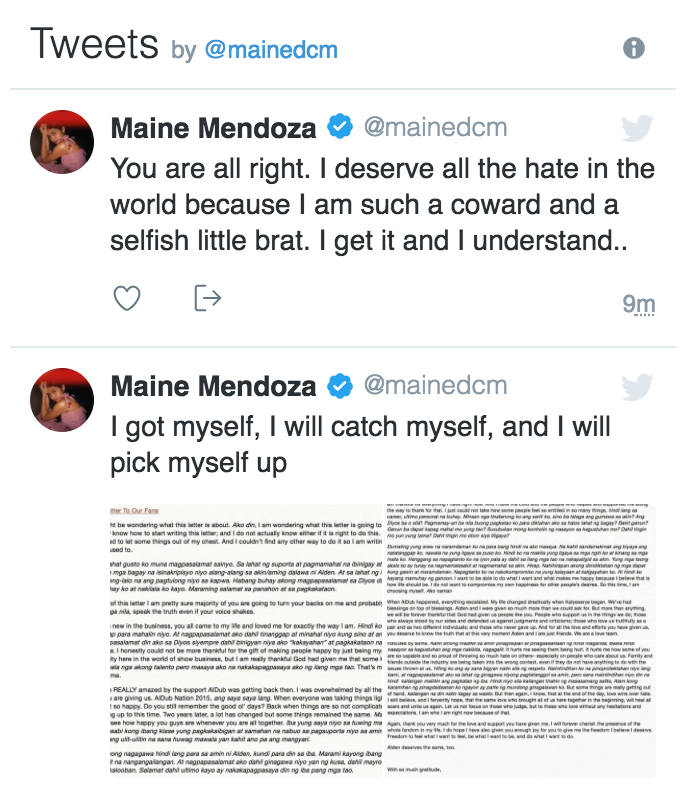 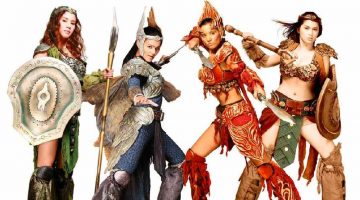