Open Letter to Eat Bulaga from a Lesbian Mom on Sen. Tito Sotto and Jose Manalo’s Advice to a Gay Father

WATCH: JM De Guzman and Yen Santos Kiss as All of Me’s ‘Edong’ and ‘Lena’

TV 5’s Niña Niño surprises its viewers with a Christmas present this holiday season. It was announced last week that starting December 30, Niña Niño will air on top-streaming platform, Netflix.

“This is an achievement already for CS Studios. We are so happy to know that more people will be able to enjoy and watch Niña Niño. More platforms just mean, wider audience. We will be able to cater Filipino talents not only here in the Philippines but worldwide”, Erickson Raymundo, CS Entertainment’s President shared in an interview.

As the production arm of CS Entertainment, CS Studios continues to expand and provide quality contents in different platforms.

“We are super proud that Niña Niño will also be available on Netflix. This development is in keeping with our goal in CS Studios which is to provide entertaining and meaningful content to as many audience as possible. We are very thankful to Cignal Entertainment for making Niña Niño available to more and more viewers. This series is truly a gift that keeps on giving!”, Jeffrey Vadillo, VP of CS Entertainment, added.

Casts of the said series also expressed their excitements on their social media accounts and received words of congratulations from their supporters, friends and co-actors.

“Niña Niño” is a family drama series that follows the story of the siblings Niña played by Maja Salvador and Niño played by Noel Comia Jr. who touched the lives of the people of the small village of Sta. Ynez, and moved them through appealing to faith and the miracles exhibited by the healing powers of Niño. 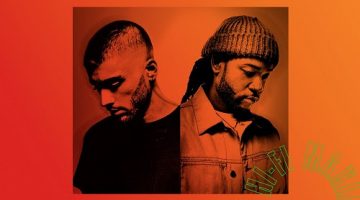