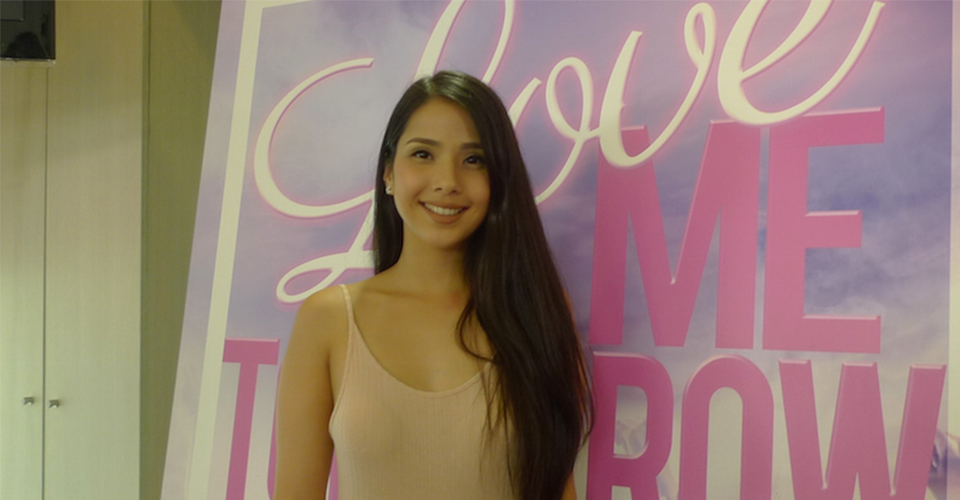 Clad in a nude ensemble perfectly matching her subdued makeup look, Maxene Magalona looked radiant on a Sunday morning when the Love Me Tomorrow bloggers’ conference was held last June 5. The Doble Kara star (she plays Alex, the sister of Sam Milby’s character) shared the joys of doing her first Star Cinema project and working with the lead stars Piolo Pascual and Dawn Zulueta.  In the film, Maxene played the role of Jessica, Christy Gonzales’ (Dawn Zulueta)  US-based daughter. In the story, Jessica was jaded by her failed young marriage that she becomes overprotective of her mom. She admitted getting awed by Piolo’s and Dawn’s acting skills.

Asked how she prepared for the heavy mom-and-daughter scenes with Dawn Zulueta, Maxene took inspiration from her real-life conversations with her mom (and talent manager) Pia Magalona. It was touching to hear her relate how close she is to her mom and that even at 29, she still runs to her  for advice and comfort. She even mentioned that crying out your emotions during tough times isn’t comparable to a mother’s hug and how it makes everything alright. Awww.

When personal questions came in, Maxene openly addressed them. Since age gap in relationships was an issue in the film, she was asked about the age gap in her dating experience. Maxene shared that while her ex-boyfriends were pretty much of the same age as hers, she’s currently in a relationship with someone seven years her senior. I overheard her say in a separate interview that she is now at her happiest in a relationship.

The issue of getting married was also touched on as she portrayed the role of a wife and mother in the film. Maxene shared that she refuses to be affected by society’s pressure to be married at her age (she’s turning 30 this year!).  In fact, she and her boyfriend Robby Mananquil haven’t discussed marriage plans as of the moment. Coming from a big family (she has 7 siblings!), Maxene said she also dreams of becoming a mother and starting her own family in her early 30s.

Catch Maxene Magalona in Love Me Tomorrow. The film is still showing in cinemas nationwide. 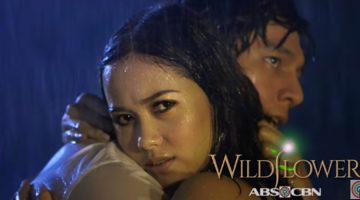