VIRAL VIDEO: The Gospel According to Ellen Adarna

It’s Showtime’s I Am Pogay: Confirmed or Confused?

CONFIRMED: Beauty Gonzalez is Pregnant; Shows Off Her Baby Bump 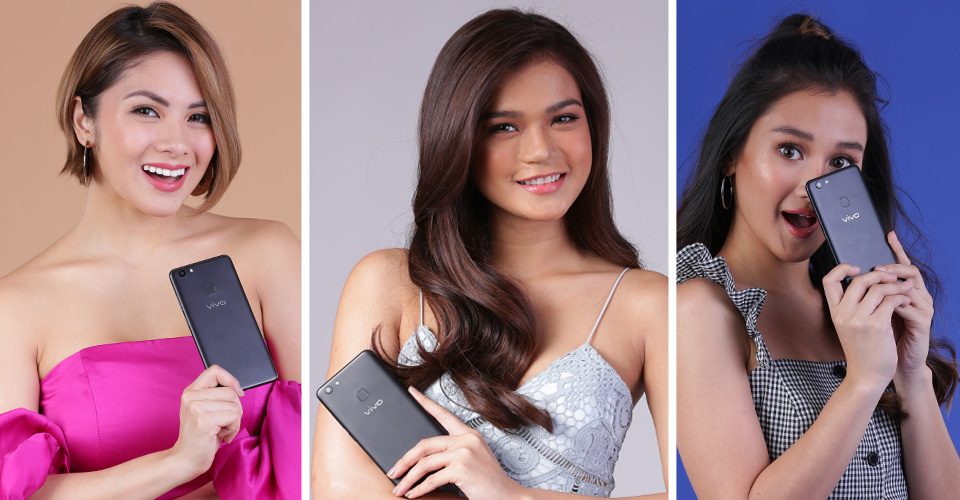 Maris Racal, Chie Filomeno, and Ashley Rivera are three of the newest faces to join mobile phone brand Vivo‘s family. They were present at the Vivo V7+ launch held last month. Get to know more about the three celebrity influencers slash selfie specialists.

Ashley Rivera travels to relax and is known to have lived in the US (Las Vegas) for a while. She has traveled around Europe and Asia. Apart from being a wanderlust, Ashley is a celebrated blogger, social media hot topic, and a disc jockey who spins at the hottest clubs and music festivals.

Music is number one for DJ Ashley and she enjoys the the V7+’s fully-upgraded AK4376A Hi-Fidelity audio chip. This V7+ feature supports the latest sound technology and levels up mobile audio technology, enabling any music lover to enjoy rich and full rhythms. This audio chip also plays music which answers to the mood or scenario at hand. 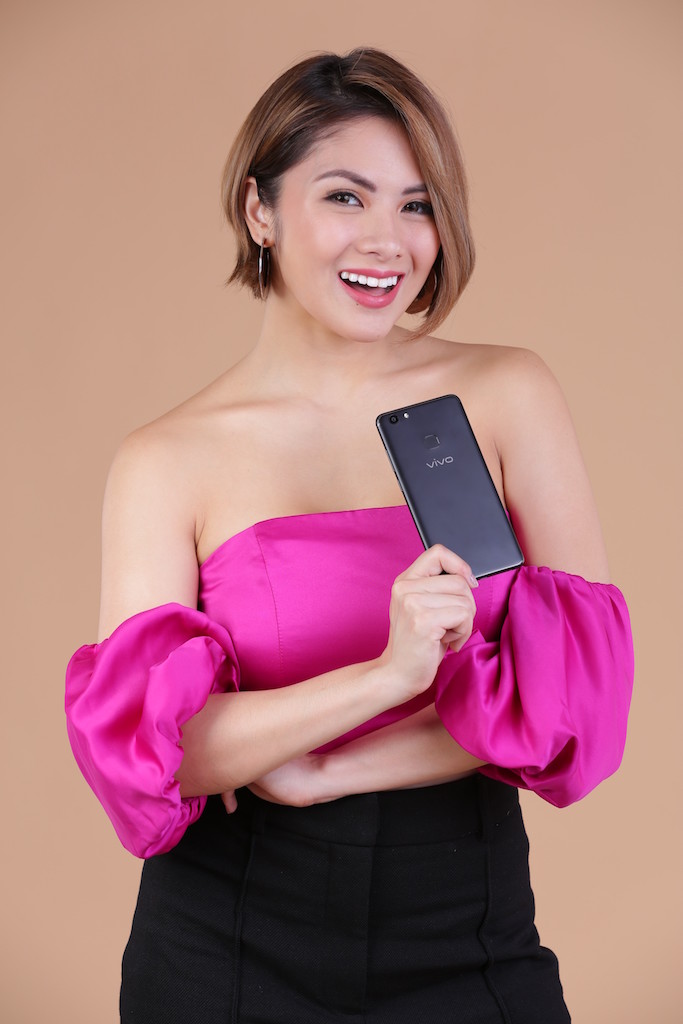 Ashley also appreciates the V7+’s revolutionary 5.99” display. “Having a big phone is a problem because I have such small hands,” she quips in the interview. “But with [the Vivo V7+], watching videos and movies [is enjoyable].” Vivo V7’s 5.99” all-screen Display with an 84.4% screen to body ratio, providing a more exciting and enhanced game and visual experience. And for busy bees like Ashley who juggles all of her day’s activities, the phone’s Smart Split 3.0 feature allows her to check her messages, mails, among other things without interrupting the current running app—perfect for smartphone users on the go like her.

So glad i have my new V7+ with me! Enjoying the 5.99″ all screen display and the 24MP front camera for that #VivoClearerSelfie. Get first dibs by pre-ordering online http://bit.ly/2wKtHJV ?

Twenty-one-year-old Chienna or Chie Filomeno is the real deal when it comes to social media popularity. With Instagram followers that has racked up to more than a million, Chie’s semi-charmed life is an open book. Juggling showbusiness, travels, and learning how to be a DJ, Chie recently added being  a Vivo influencer to her list of active projects. 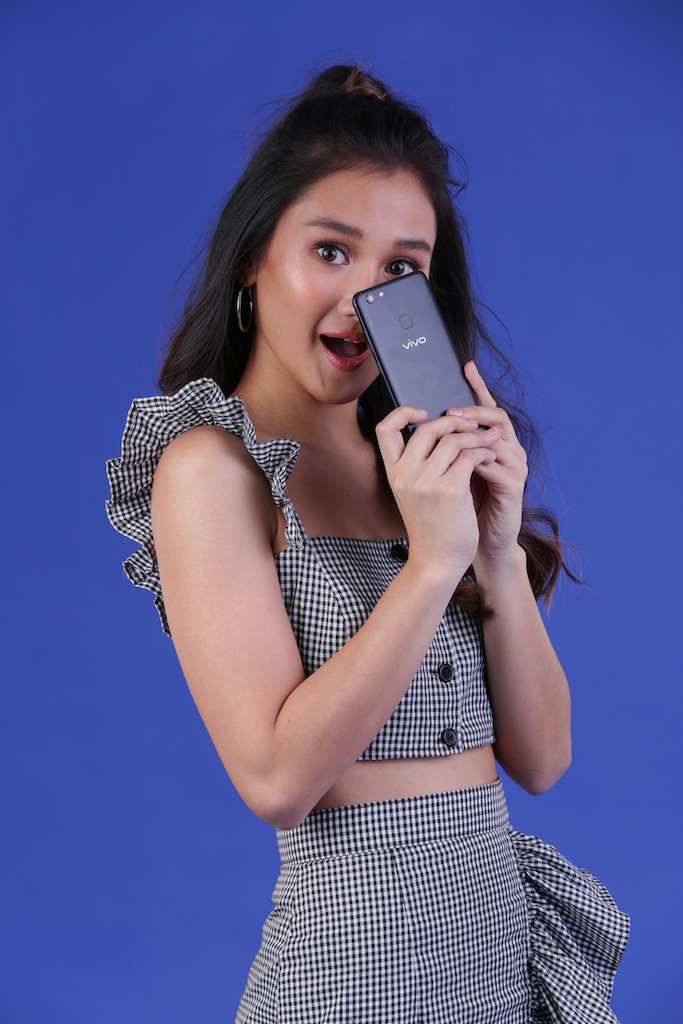 To say that she was overwhelmed was an understatement when asked how she felt after being chosen to carry the Vivo brand. “[I am happy] that [Vivo] trusted me,” she gushes in a brief interview conducted during a photo shoot organized by Vivo.

So glad I have my new V7 + with me!! Enjoying the 5.99” all screen display and the 24MP front camera for that #VivoClearerSelfie , hindi ko napigilan hindi magselfie agad agad. Get first dibs by pre-ordering online http://bit.ly/2wKtHJV ❤️

Maris Racal is a Pinoy Big Brother All In alumna and placed second to the season’s Big Winner. Tagged as the “Singing Sunshine ng Davao,” Maris or Mariestella in real life grew up in a musically-inclined family and is also part of a sing-and-dance all-girl group BFF5 in ASAP. These days, Maris is also known as 1/2 of singing loveteam MarNigo with Inigo Pascual (her fellow Vivo endorser). 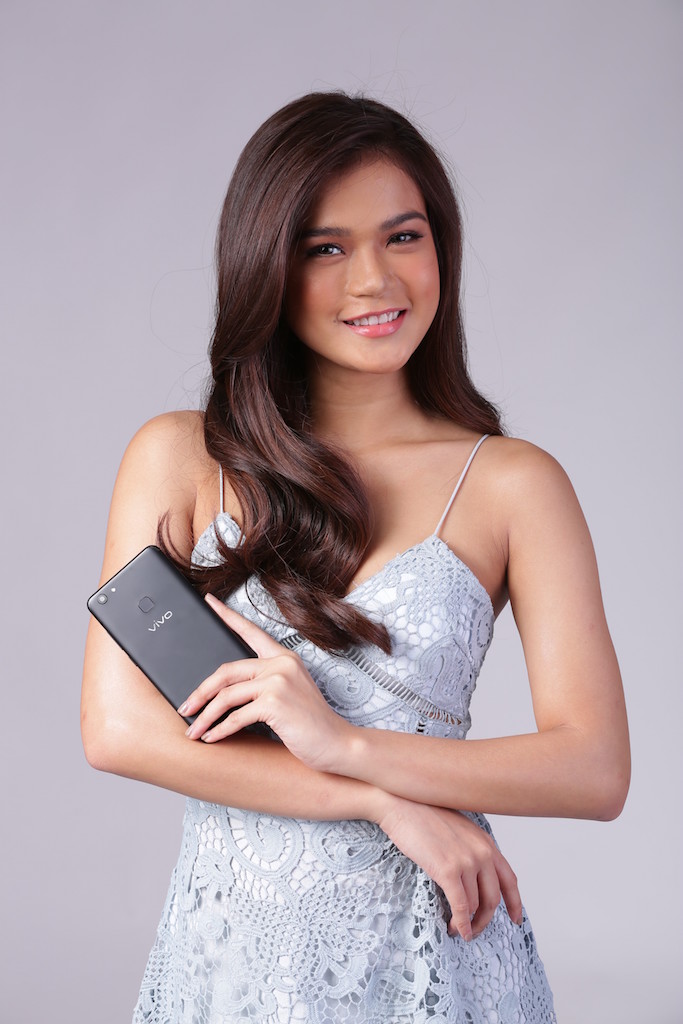 Maris has already a few accomplishments under her belt as a budding celebrity, but she still considers her recent Vivo endorsement a dream come true. “I have always wanted to [endorse a phone brand],” Maris says in a brief interview held in between photo shoots for the top smartphone brand. “That is why when my handler told me [that I have been chosen to endorse Vivo], I was so happy.”

Maris, Ashley, and Chie will be part of a series of mall tours. The four-month mall tour which commenced last September will run until the end of 2017 and will heavily endorse the Vivo V7+. 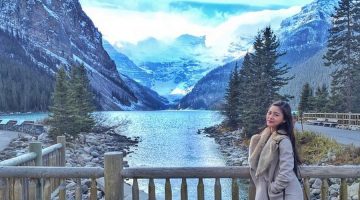