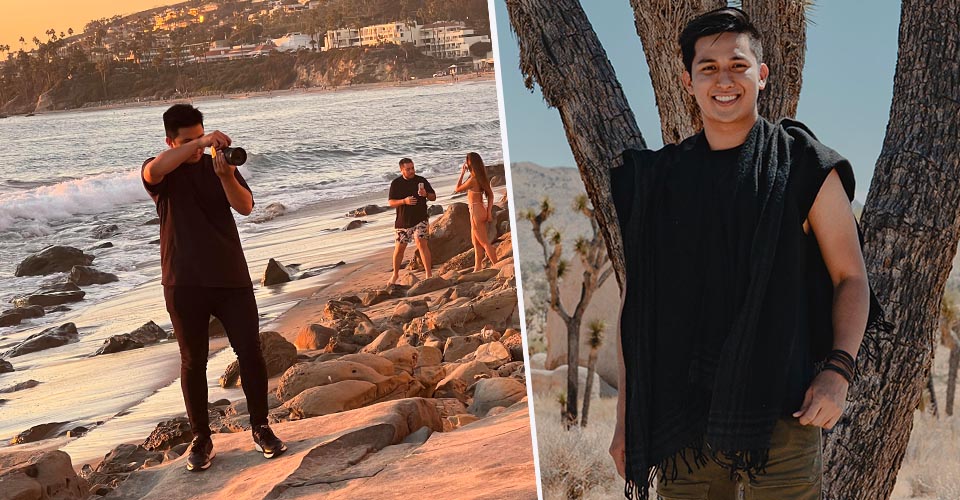 Promising fashion photographer and filmmaker Tadeo Paras was born and raised in the Philippines. Now 25, Paras shared that it was in his teenage years that he became a cinephile.

Since 2019, Paras has been based in the US. After completing his undergraduate degree from De La Salle-College of Saint Benilde, he moved to the United States and pursued his master’s degree in business in San Diego, California.

“I was taking my master’s and was doing part-time at a hotel,” Paras shared.

“My fascination for Western films began in high school. It was when I continued to watch and got curious about how they were able to create high-quality movies.

“I loved how stories are told [even] in fiction.”

His passion for films even grew intense when he had the opportunity to do acting back in the country. His latest appearance was with ABS-CBN’s top-rating revenge drama series–Wildflower (2018) with Maja Salvador in the lead role and the drama series–Nang Ngumiti ang Langit (2019) with Sophia Reola as the lead star.”

He lists Gordon von Steiner as one of his favorite filmmakers. Von Steiner has established himself as the most sought-after talent for top fashion brands. He has collaborated with Steven Meisel on films for Prada, Miu Miu, and Coach.

“I love Gordon von Steiner’s work,” shared Paras. “His (von Steiner) fashion films are amazing, and I think of them as masterpieces.”

It is his dream to be a fashion photographer someday, too.

Currently, Paras is studying filmmaking at Santa Monica College and looking to transfer to a more known film school in the future.

He pursued filmmaking since he wants to elevate Filipino films and build a better foundation for his dream of becoming a photographer, too.

“Looking at the Western or other foreign films, they have good storytelling and diverse actors.

“It is what I want for the Philippines. Not just have good-looking people, I want our films to have depth.”

Since he dabbled into theater back then, he believed that the discipline he acquired in the industry would be an advantage to his film studies and photography.

“Yes, I think all of my experience [even] in different fields applies to filmmaking.

“Helping them build the set even if I was an actor, knowing what the actors are feeling, being in the position they were in so I can connect with them more, it helps with my direction and resourcefulness.”

One step at a time

Paras still has a lot of potential.

“I’m proud of everything I’ve done because all of my projects helped me in my journey to become a great artist.

“I treat every experience and project as a lesson. I’m proud of each project like that of Garth Garcia’s music video, Do You Miss Me, assisting One Down, Kumu USA, and Add Hiraya Media in their productions here in Los Angeles.”

He also photographed the Los Angeles Fashion Week last year, all of those and more.

“I have a lot of dreams because I don’t want to limit myself, and working someday in Hollywood is one of them. I want to represent my country in a way that would make my country proud.”

As a filmmaker, he has this vision and mission to share with his fellow ‘kababayans,’ “I always want to include my culture in the films that I will be making.

“I want to create something that will make my country proud. In my classes right now, I always put a hint of culture in the films and stories I create.

“I know I’m on the right track because my professors love them and have praised me for my plans. Imagine having a Western quality Filipino film, that is my goal.” 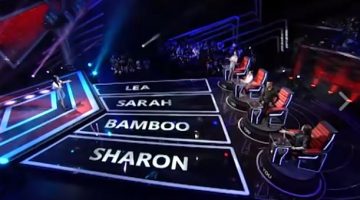