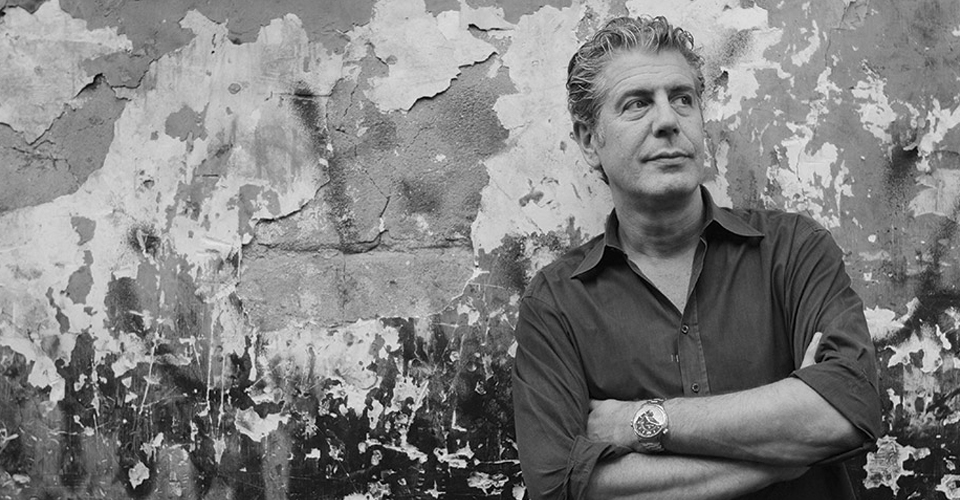 This article was submitted to us by 32-year old Cheerine Dy-Choi, a wife, mom, and entrepreneur based in Manila, Philippines.

Another death. Another suicide. Another chance for me to speak up. Hearing someone as talented as Anthony Bourdain take his own life definitely makes me think, rethink, research, and rethink again… After doing all four, I have come to a conclusion to use Mr. Bourdain’s story to hopefully shed some light to the wonders and mis-wonders of mental health.  After all, I owe it to the man, who referred to my country’s lechon as the “best pig ever” and to my countrymen as “probably the most giving people on the planet,”* to use a small part of his life, to proclaim to THE most giving people on the planet that having a healthy mind is just as important as having a healthy heart or a healthy liver or any other human organ for that matter.

For those who do not know Anthony Bourdain, perhaps it’s best to give you a short background about his professional life. But before I proceed, let me state that from here on, I’d like to refer to the word mental as “mindial” instead, since the word “mental” usually has a stigma to Filipinos. Majority of Filipinos still use “mental” to mean “crazy” and “mental hospital” as a “hospital for the crazies”.

Bourdain, whom I’d like to call a food ambassador, started a culinary career in the 70’s when he was still in his early twenties. He worked in kitchens as cook, and later became executive chef at a Manhattan restaurant. His best talent however was not cooking but storytelling. He rose to fame after publishing the non-fiction book Kitchen Confidential: Adventures in the Culinary Underbelly, which is a narrative and commentary about his professional life and the backdoor happenings at restaurant kitchens. His bold revelations and feisty articulations caught everyone in the culinary scene by surprise.

This led him to a career in television – from hosting travel-and-food shows like A Cook’s Tour and Anthony Bourdain: No Reservations to judging and mentoring at reality cooking competitions like Top Chef and The Taste. His most recent and in my opinion his best show Anthony Bourdain: Parts Unknown had a very journalistic take on food and travel, touching present-day culture and politics of the featured city/country/region, which if I were him would have enriched my already world-rich perspective on sociology and the facets of  human relationships. (You have to watch the Manila episode to fully understand what I’m talking about). 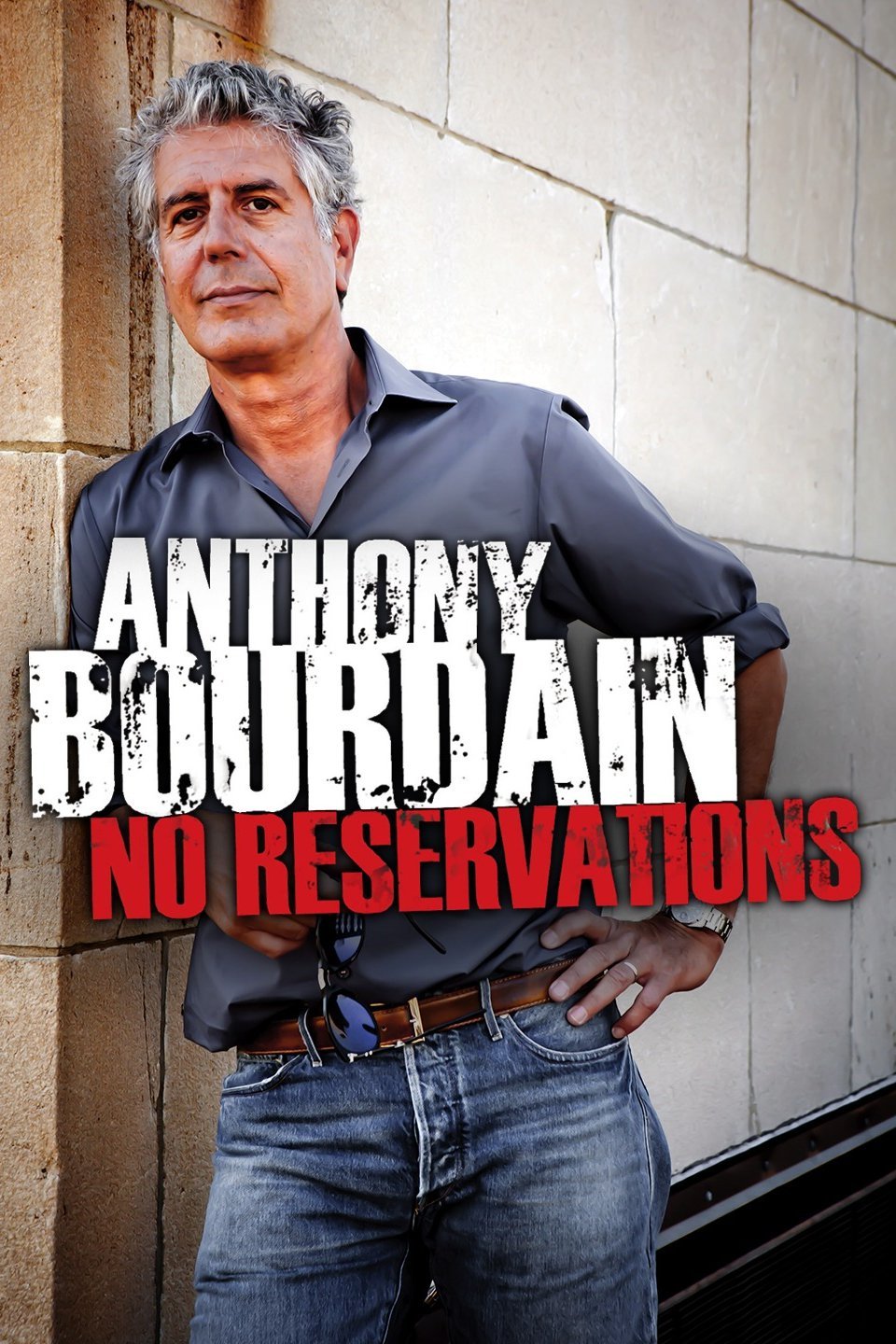 Having travelled to more than 80 countries surely opened his MIND to things bigger than he would have ever imagined. Things that in hindsight he would like to perhaps (the operative word here is perhaps) not have known in the first place, because these are things that would change his perspective ON (not in) life and on existence. Things that might have made him think “I wish I hadn’t known so much for after all, ignorance is bliss”. Fast forward June 8, 2018, his body was found in a hotel room in France. Authorities concluded it was suicide.

Even though I am a Catholic and I love being one, a part of me believes that suicide is not intrinsically evil. I don’t think it is selfish. It may seem like a selfish act, but I do not think the person who’s committing it is being selfish during the act itself. You know how a person who is dying of a heart ailment might first have a seizure right before he has cardiac arrest and dies? I believe it is the same way with suicide. A mindially ill person may have an intense suicidal thought in his mind right before he commits the final act. That intense thought, just like the seizure, is not willful. That is the effect of a pre-existing mindial illness, just like a seizure might be to a pre-existing heart ailment. With intervention, that suicidal thought may or may not be avoided depending on the gravity of the mindial illness, just like the seizure may or may not be avoided depending on the severity of the heart ailment. And just at the very moment a very mindially ill person is committing the act of suicide, the Catholic in me would like to think that his last thoughts are “Forgive me Almighty Father (or Divine Being) for I have sinned.” Perhaps he would try to undo what he has done, if there is still time (in the case of hanging), but it’s already too late, or perhaps there was just not enough time (in the case of a gunshot to the head). Or even in the latter case, maybe the mind still works up until before the “scheduled” heartbeat after the last beat of the heart. We will never know right? That’s why it’s never fair to call him selfish. And it doesn’t help if you start thinking that he had a choice – that he chose to take his own life. He was ill. It wasn’t he who was actually making the final choice, it was the illness. It’s not fair either to call him a coward for giving up on life. He didn’t give up on himself. His mind gave up on him. So to those out there who are having even the slightest suicidal thoughts, go straight away to a psychiatrist just like you would to a cardiologist if you feel a sudden tightness to your chest. You can also call either of these 24/7 Hopeline Numbers – (02)-804-4673 or 0917-558-4673 (where the last 4 digits of both contact numbers spell out HOPE in an alphanumeric keypad), just like you would the number of an ambulance. Time is of essence.

Some suicide cases, however, occur even when a person doesn’t have a pre-existing mindial illness. Say for example, like the man who jumps to his death from the top of a burning building. That I believe is triggered by a startling event where excessive stress hormones are released in the body. Imagine the kind of fear that a person feels knowing that he is most likely to die soon, but he is just helplessly waiting for it to come or that he may die a very painful and slow death or both. The startling event, which is the fire, brings out an inexplicable fear created by a mind with very little time to process, just like a sudden heart attack would take the life of a middle-aged man who has no known pre-existing heart ailment.

So to THE most giving people on the planet, judge not those who took their own lives. Instead, seek to understand mindial health. I am not the best person to explain the medical side of it. I am just a person who was twice diagnosed with GAD (Generalized Anxiety Disorder) in the past, who knows how it feels to have one’s mind consume one’s body beyond control. I was told by my psychiatrist that I was low on some kind of hormones. I always had trouble remembering the medical term for it so I just call it the “happy hormones”. I was low on happy hormones because I was ill. And the reason I was ill cannot be ascertained, just like the reason a person has hypertension cannot be ascertained. Doctors just know that genetics and lifestyle can both play a role in GAD as in hypertension.

To those who need mindial help, do not be afraid to seek professional advice. Go to the nearest psychiatrist in your area. Again, you can also call either of these two 24/7 numbers, (02)-804-4673 or 0917-558-4673, if you need one right away. There’s nothing to be ashamed of in going to the psychiatrist and this should be the case for everyone. Would you be ashamed to go to a cardiologist if you think you have a heart problem? If you still do not have the courage to do so, approach a person you know or a person nearby. Take a leap of faith! You may think that there’s no one else around you whom you can trust or that you have lost the only person whom you can trust, but remember that there always is someone or someone else. You may be surprised that the person whom you think is a snob is actually the person who’ll understand you the most. You just think he is a snob, because he doesn’t talk much. He doesn’t talk much, because he’d rather listen. He is the kind who listens best, because while others are busy talking about themselves, he is busy listening and observing them, and that is precisely why he is the most understanding of all.

To all the seemingly snobs out there who would rather listen than talk, and are finding it hard to find someone else like them whom they can trust to understand them, also take a leap of faith! There is always someone out there. You may be surprised that a person who is overly chatty has in fact a very positive view on things. The reason he is very positive is precisely because he is very chatty and outgoing that he’d rather experience numerous things, and choose the happiest from them all, store them in his pool of go-to daydream thoughts, and later go back and revisit for solace. He is the kind whom you do not need to say much to, because his positive words quickly rubs off on you and you’ll learn something new. And that something new is enough to get you going.

To THE most giving people on the planet, be well and stay mindially healthy so you can always enjoy “the best pig ever” during parties. Eat moderately though. You might end up visiting a cardiologist instead!

*I’m not sure if I got this verbatim. I couldn’t double-check since the YouTube video of the Parts
Unknown: Manila episode, where Bourdain said these words, was already blocked by CNN as of writing. Rest
assured that the essence of it is fully captured.

**I’m not the first one to use this kind of analogy in suicide cases. I heard it from the guy in this CNN video clip: 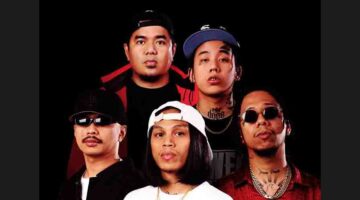