Get Personal with Paolo

The Quaint Adventures of Ruby and Ploning

Expect heavy traffic not only on Twitter but on the roads leading to the North as Eat Bulaga’s Tamang Panahon* is set to happen tomorrow, October 24, at the Philippine Arena in Bulacan. The Philippine Arena, owned by the Iglesia ni Cristo, is the world’s largest multi-purpose indoor arena. It is located at Ciudad de Victoria in Bulacan. With an estimated 55,000-seating capacity, it is only fitting to have this venue for the major milestone in the developing lovestory of ALDUB in Kalyeserye. AlDub, the phenomenal teamup of Alden Richards and ‘Yaya Dub’ Maine Mendoza went through months of waiting to have freedom around each other. Supportive fans have been with the loveteam throughout the whole journey that this upcoming event is a treat for all of them. Tomorrow is that much-awaited tamang panahon or right time.

We are expecting this to be really BIG as tickets were sold out in just three days and Eat Bulaga is providing 75 buses (with fixed departure schedules and on a first come-first served basis) as announced in their show for free transport services.

*100% of the ticket sales for Tamang Panahon will benefit the ALDUB Library Project which aims to build ALDUB libraries nationwide. 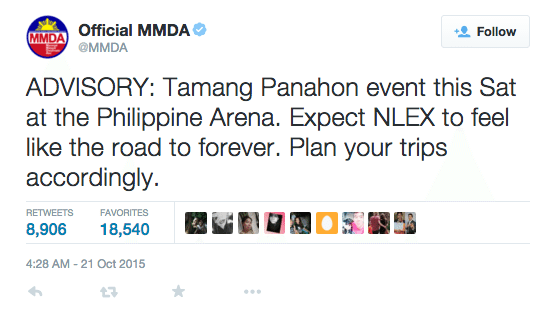 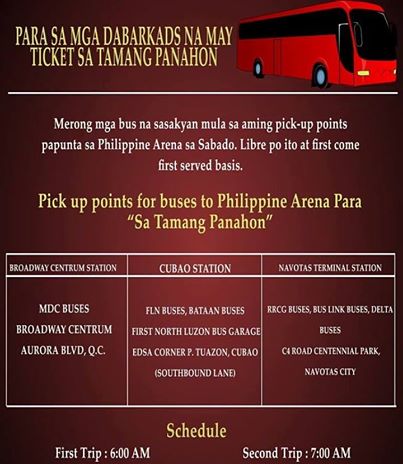 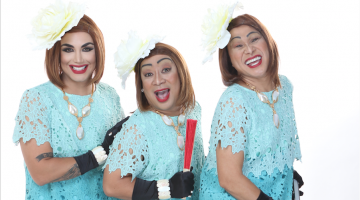