“Some people want it to happen, some wish it would happen, others make it happen.” – basketball legend Michael Jordan

MANILA, PHILIPPINES, July 4, 2018 – The National Collegiate Athletic Association (NCAA) will continue the tradition of bringing decades of pride to the Philippines, at the opening of the NCAA Season 94 happening on July 7 at the Mall of Asia Arena in Pasay, Metro Manila, which will be seen outside the Philippines via The Filipino Channel’s (TFC) different platforms in most countries worldwide.

NCAA has produced world-class athletes in the likes of Carlos Loyzaga, product of San Beda University, who has been part of the Olympics twice as a player of the Philippines’ men’s national basketball team. There was also Lauro Mumar, a product of San Juan de Letran University, who also represented the country internationally by being part of the national team that participated in the 1954 FIBA World Championship where the Philippines took home a bronze medal.

At present, there are former NCAA players who are making waves in the country and internationally. One is Scottie Thompson from the University of Perpetual Help and now player for Barangay Ginebra San Miguel at the Philippine Basketball Association (PBA). He was part of the national team who competed at the Southeast Asian Games and SEABA Championship in 2015 where the teams won both the country gold medals.

Baser Amer from the San Beda University and now with the PBA team Meralco Bolts, also earmarked a page of sporting history when he competed for the national team in 2015 and 2017 at the Southeast Asian Games where the team brought home gold medals in both years.

As the NCAA Season 94 opens, the prestigious competition continues to highlight each team’s notable athletes who are set to prove that the #GalingNCAA (skillful NCAA athlete) is equipped to make history.

The first game of the season will be between the Red Lions and the Altas, the host school this season.  The latter is now trained by the former’s previous coach Frankie Lim. Meanwhile the second game will be a face-off between the Piratesand the Stags. 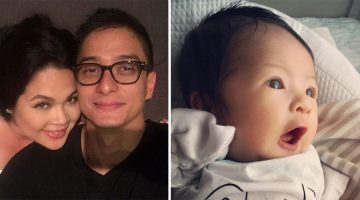