Pasig City Newest Landmark: The Rebirth of the Revolving Tower and Restaurant 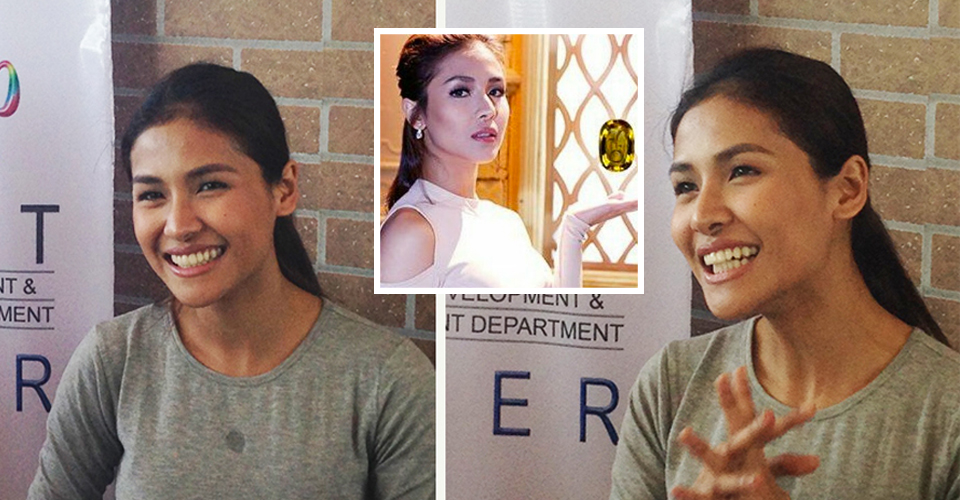 A few weeks ago, when the cast of the much-awaited 2016 remake of hit fantaserye Encantadia was launched on GMA’s 24 Oras, everyone went abuzz over who Sanya Lopez is. The 19-year old new face happens to be the girl who bagged the role of Danaya, one of the four Sang’gres (royalty) in the series and the keeper of the jewel of Earth. With her in the main cast are fellow Kapuso artists Glaiza de Castro, Kylie Padilla, and Gabbi Garcia.

I’m happy to share with you that I got to know Sanya better after bloggers had a whole day of fun to spend with her last April. I must say, there is more than meets the eye when it comes to this household name-in-the-making.

Our Snapchat updates that day! ADD us on SNAPCHAT. Username: RandomRepublika

Last April 25, on the road to Sky Ranch in Tagaytay, while stuck in traffic, Sanya gamely chatted with a few of us in the shuttle service about her biggest break to date and what it’s like to be training for the remake of one of the country’s TV gamechangers.

Here are some random highlights:

On auditioning for the role

During the auditions, Sanya shared she and other Encantadia auditionees were just given scripts without the specifics on which characters they will play. They were asked to portray roles on the spot. It was revealed that she had to act out several characters before getting a role. Asked if she was made to choose a preferred character, Sanya said she was not. She was assigned the role of Danaya, previously played by Diana Zubiri.

On how Danaya 2016 will be different from the original character 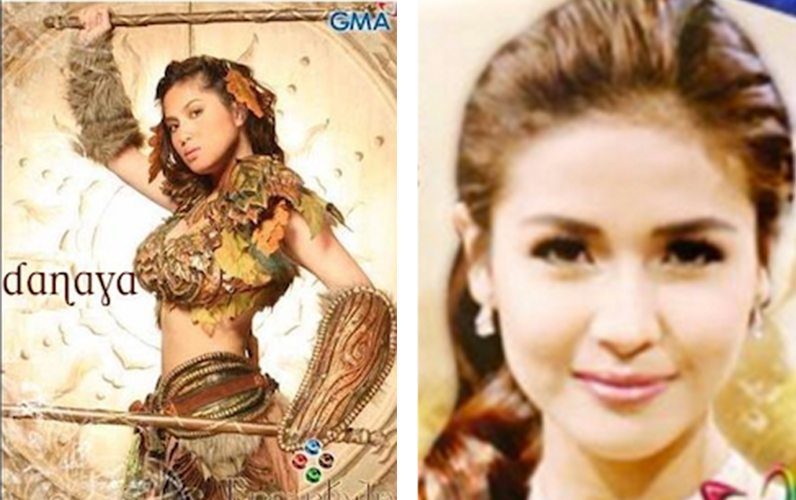 Sanya said that since it’s been 10 years since the first run of Encantadia aired, she believes some changes must be made as this generation is somehow different from before.  “Siguro aangkinin ko po muna si Danaya sa ngayon,” she said as she plans to personalize the character and inject her own personality.

Sanya added that given the modern technology these days, new effects may be expected as well as a fresh attack on the role.

On her leading man Rocco Nacino 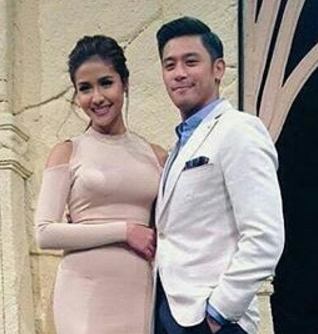 Kilig seemed to show once we mentioned Rocco Nacino in the interview. Asked how it is to be training and working with her leading man, Sanya playfully answered, “Tinititigan ko siya minsan during training.” She followed it up with laughter and waved her hand as if she was joking. She then added, “Nagkaka-bonding din naman kami minsan during the trainings. Mabait naman. I think mas mabilis kaming magkakakilalanan. Mabait. Kapag may hindi ako alam, tinatanong ko na agad sa kanya.” Sanya said that’s the way for them to be more comfortable with each other.

See also  All About Albie Casino

On her brother and fellow GMA artist Jak Roberto 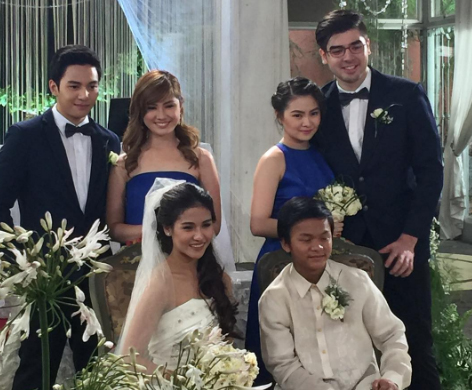 In case you missed it, Sanya was part of the long-running series and recently concluded afternoon drama series Half Sisters on GMA Afternoon Prime. One of her co-actors is her brother in real life, Jak Roberto. Sanya shared how supportive Jak was when he found out about her major project. Jak, as Sanya said, was too excited that he immediately wanted to post on social media but things were still kept confidential at that time.

On training for the role

Asked about how she prepares for the role given that Diana Zubiri was so fit during her time, Sanya shared she underwent an acting workshop and is currently on a camote (sweet potato) diet. She later shared that she temporarily eliminated rice from her daily intake and drinks a lot of water.

At the time of the interview, Sanya said she was already taking basic arnis training as her role’s main weapon is the arnis stick.

In one of our later conversations, Sanya vowed to try her best to give justice to the role given to her. Here’s a part of what she said, “Ibibigay ko sa kanila kung ano yung hinahanap. Kailangan ko talaga pag-aralan ‘yung character ni Danaya at hindi po biro.”

On her similarities to Danaya, the keeper of the jewel of Earth 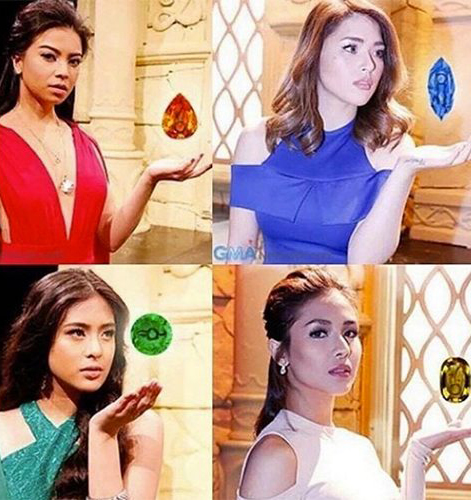 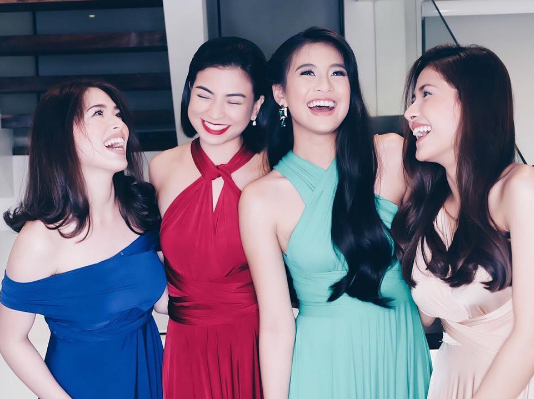 In another conversation, Sanya described Glaiza as “Ateng-ate s’ya sa akin. Parang she cares about you.” Sanya added that her co-star readily gives suggestions for the improvement of her Danaya portrayal.

Asked where gets inspiration and confidence for this major role, Sanya immediately answered, “Madalas si Tatay eh. Si Tatay Kuya Germs, sya na yung tinuring kong tatay.”  Losing her dad at age two, Sanya found a father figure in Kuya Germs whom she and met when she was 14.  She dedicates her performance to both Kuya Germs and her real dad.

On what she looks forward to in showbiz

“Hopefully, na magkaroon po ako ng maraming projects, na magkaroon ako ng mga action movies.” She was quick to add that she’s open to any kind of project and only wishes that once Encantadia 2016 airs, it will be well-received and so are the cast members.

On her dream role

Asked whom she wishes to work with in the future, Sanya named Dennis Trillo and Tom Rodriguez.

On her favorite local and foreign actresses

Sanya was quick to name Jennylyn Mercado and Marian Rivera as her favorite local actresses. The moment we told her she has a resemblance with Jennylyn, the unassuming star obviously turned giddy and said, “Talaga ba? Nakakatuwa.”  When we added that a lot of people also noticed her resemblance with the original Danaya, Diana Zubiri, Sanya was all-smiles and said, “Nakakataba naman ng puso.” 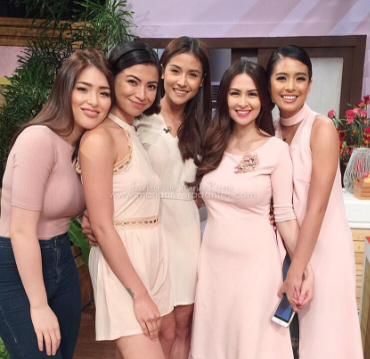 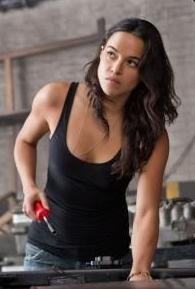 Sanya said that after the grand reveal of the main cast, she herself saw a lot of social media posts and comments wondering who she is with some questioning why she was given the part. She said that she tried to put herself in other people’s shoes for her to understand that it’s the reality when someone new like her comes into the scene. She puts a positive spin to negative feedback and criticism. As she said, “Ginagawa ko siyang constructive para sa’kin. Pinag-aaralan ko na lang din kung paano ko pa maiaayos. Sana mahalin din nila ako.” She also added that she understands where some commenters are coming from – some of them probably have their own favorite actresses or bets for the role.

On the possibility of her eventually posing for a men’s magazine, Sanya was careful in in not giving a definitive answer yet as the dream of one day becoming a beauty queen is there. We all know that in the Philippines, appearing in such category may ruin her chances of qualifying for a Binibining Pilipinas crown. We found out Sanya has previously trained under Aces & Queens (the same team behind Miss Universe 2015  Pia Wurtzbach and other recent top beauty title holders). 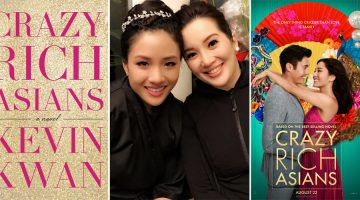