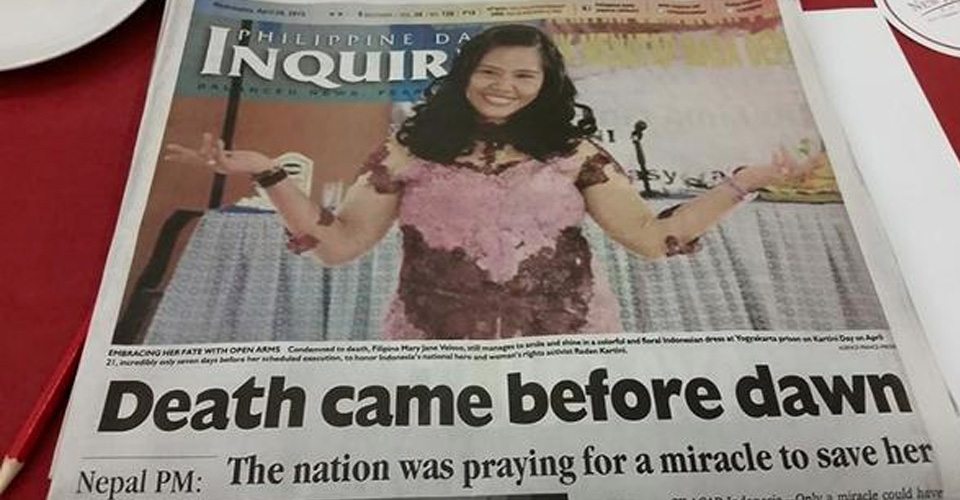 Imagine our fellow Filipinos who have no access to TV or online news — some of them probably woke up to this headline by the country’s leading newspaper, the Philippine Daily Inquirer. It’s just sad how, in order to beat a deadline, inaccurate information about a very sensitive issue has been published 🙁 In this case, it’s better LATE than WRONG. 🙁 (Featured Image courtesy of @tinssoldier and @rockyhchan on Twitter)

As of this morning, it has been reported internationally that our kababayan Mary Jane Veloso, sentenced to death penalty in Indonesia, has been spared from the execution last midnight due to the development that her recruiter (suspected of human and drug trafficking) has finally surrendered to the Philippine police. Many consider this reprieve a miracle as eight others charged of drug trafficking have been put to death earlier as indicated by Indonesian laws. 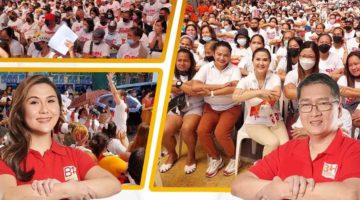