WATCH: President Obama’s Full Speech on Marriage Equality in the US 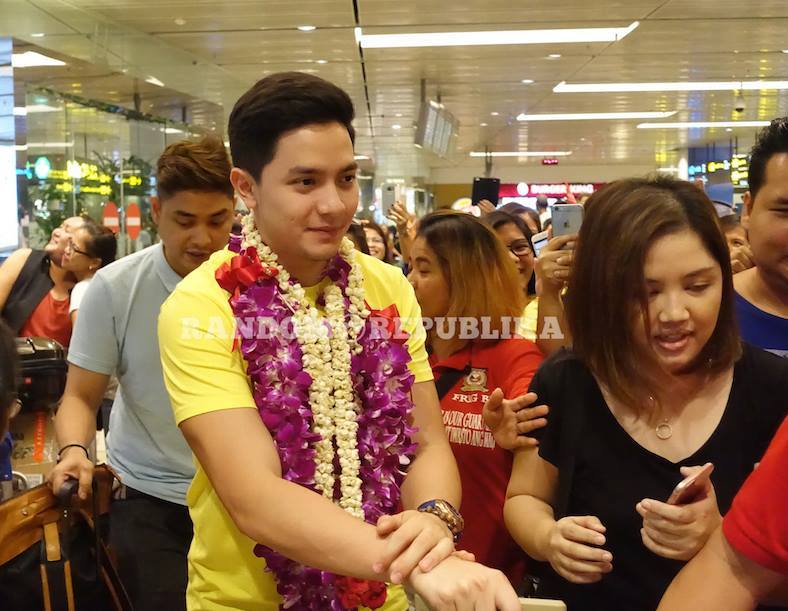 Known to be typically peaceful and orderly on an ordinary day, the scene and mood at the Changi Airport suddenly changed upon Alden Richards’ arrival on July 23, 2016 in Singapore. Supporters (some were even kids aged seven and nine years old) were ready to go wild while waiting at the arrival hall — running in all corners of the airport with their banners, garlands, and selfie-ready mobile phones for this special meeting with the one and only Pambansang Bae.

Most of us were already there excitedly waiting from 9 p.m. at the Terminal 1 of the airport.

When Alden, clad in a cute yellow t-shirt, all of a sudden appeared to pick up his bag at the conveyor belt at around 11 p.m., fans started shrieking from a distance — separated only by a mirror glass which was a hundred meters away from the Bae.

Then the fun  and the commotion started…

We were initially waiting in one of the corners of the arrival hall (just opposite the conveyor belt where he got his bags). Eager to already meet him, he then started walking towards a seemingly different exit at the other end of the arrival hall. People started running aimlessly in flocks, clueless, while trying to guess which exit he will probably take. Only minutes later did we realize that he’s actually going to use the toilets first and won’t be exiting anytime soon.

The crowd went more ballistic when Alden then finally exited one of the gates and started approaching his fans. He was all smiles while shaking people’s hands, taking selfies with them, and while giving warm hugs to some of his loyal supporters. (Hands down, he is one of the most approachable Pinoy celebrities!)

Check out some of our photos here (we’ll be posting more very soon): 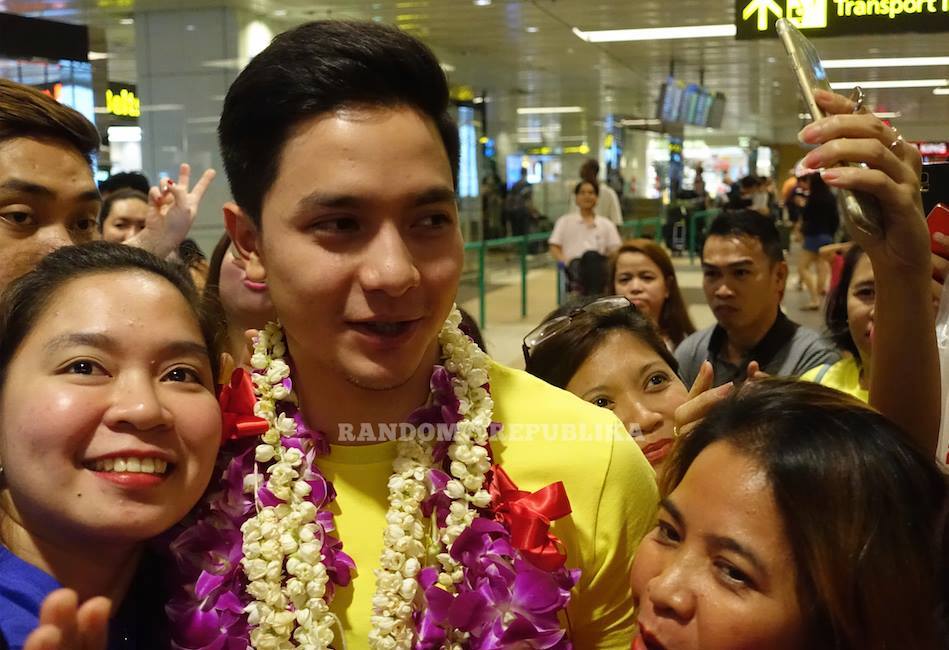 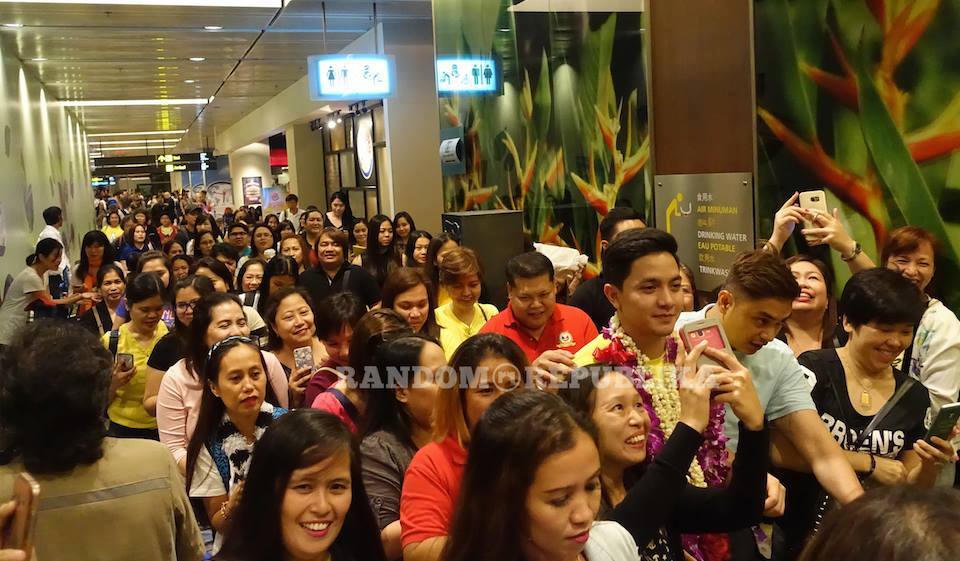 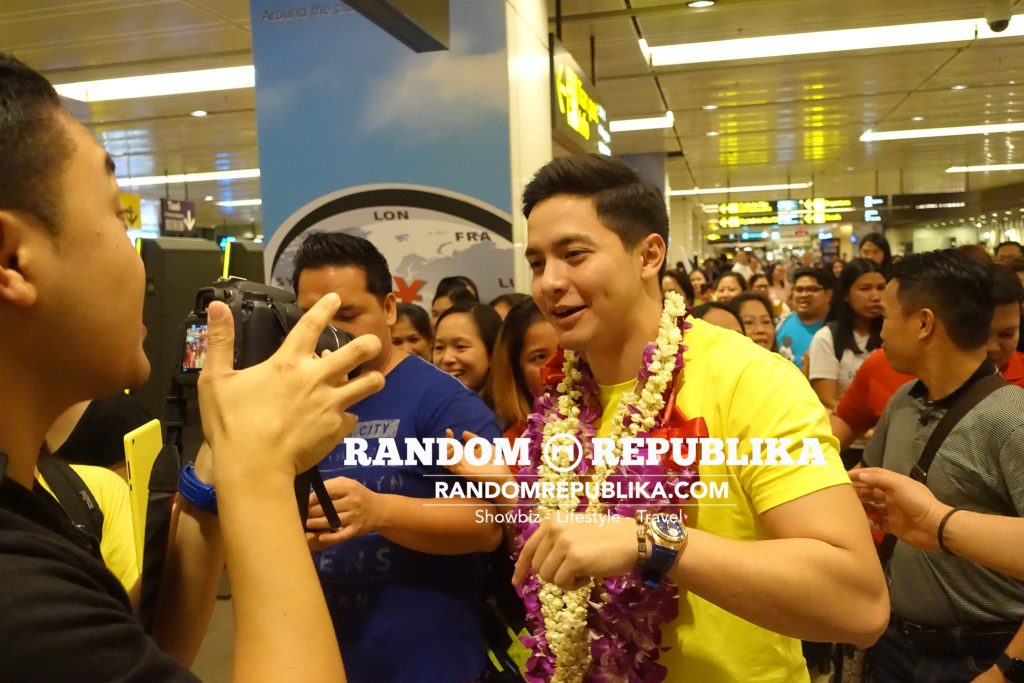 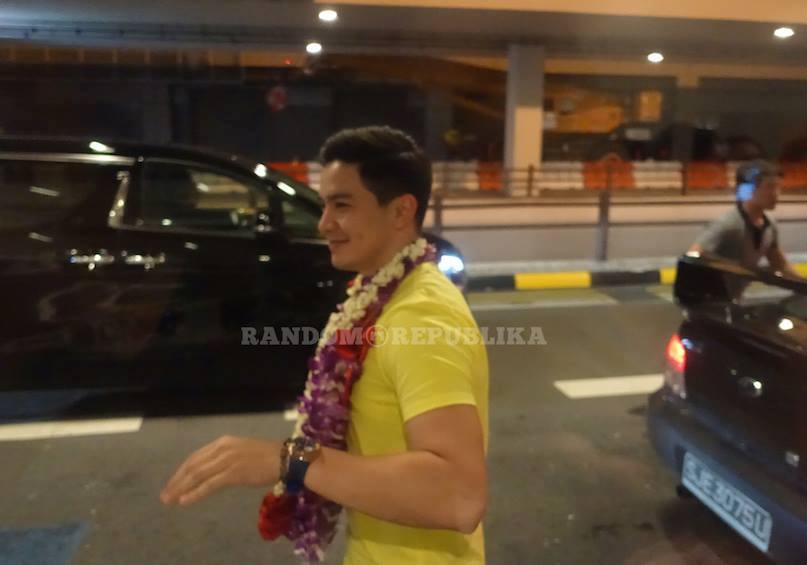 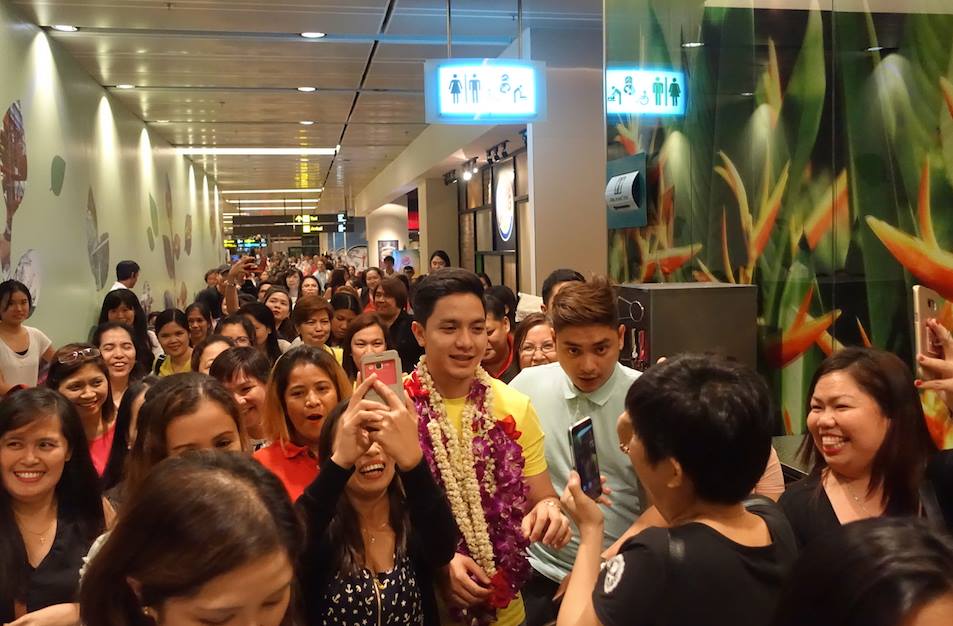 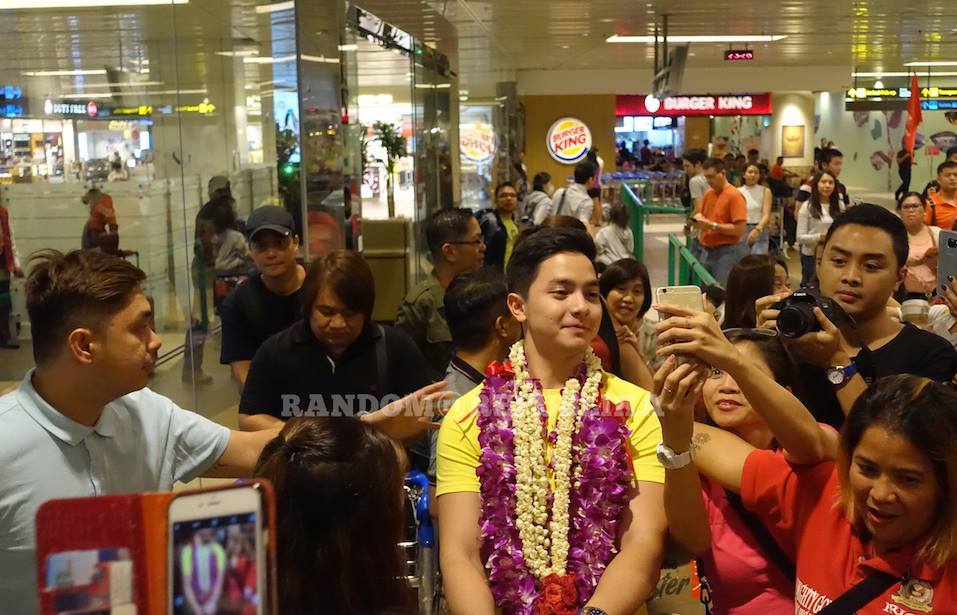 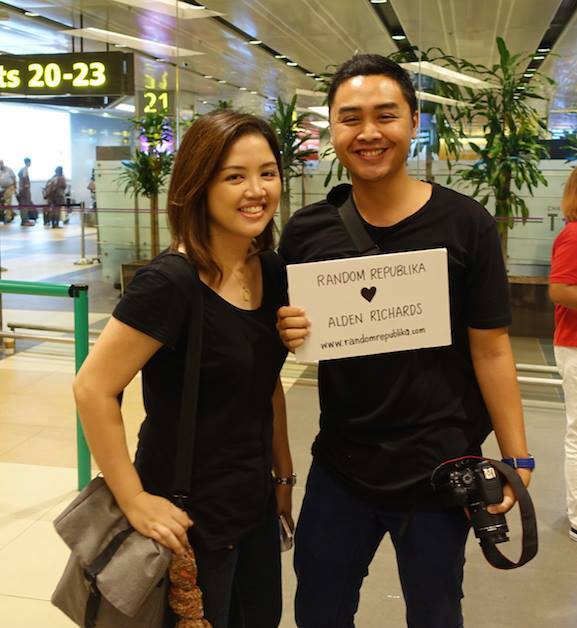 If you wish to see what actually happened when he arrived, watch our Facebook LIVE video here:

For LIVE updates on the event, OFFICIAL HASHTAG is #AldenRandomSGUpdates.

ADD us up on Facebook/Instagram/Twitter/Snapchat: @RandomRepublika. This event is brought to you by SingPhil Events and Services LLP. 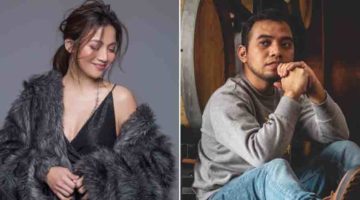