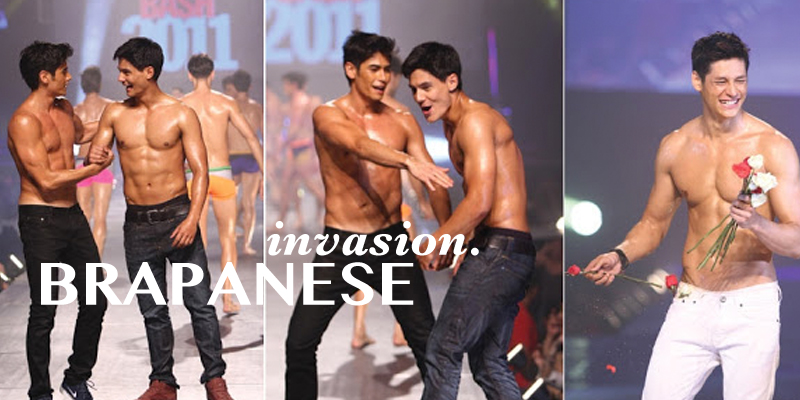 BRAPANESE INVASION IN MANILA. You often see them on TV, on the ramp, and in the centerfolds of major magazines, these half Brazilian & half Japanese male models are making huge waves in mainstream show business. So who’s your favorite Brapanese? (Photo above: cosmo.ph)


Akihiro Sato – One of the first few Brapanese hunks in the Philippines who made it big in the country. He was also named as the champion of GMA 7’s Survivor Philippines (Celebrity Edition).
Hideo Muraoka – Born in Brazil, Hideo was initially based in Thailand before moving to the Philippines. Familiar face? Most often than not you might have already seen him almost-naked in various billboards donning the Folded and Hung latest collections. Or, or… you might remember him as Taizo Orochi/Emperador Tenok in the afternoon show, Galema.

Sandro Takeo – Not as famous as the other Brapanese hunks, but doesn’t he look a bit like the combination of Ed Westwick, Mario Maurer, and Victor Basa? Sandro’s best asset is his chiseled jaw line and gorgeous boy-next-door face. After doing some modeling stints in Manila and in other Asian countries, he’s now flying here and there for various projects. We bet he loves the Philippines and is proud to be called a “Pinoy” as he often talks about how he adores the nation in his Instagram account (@sandrotakeo).

Henrique Fukuoka – After a few modelling projects in Manila, Henrique has made the rounds in Asia before settling in current home base in Singapore.
Cesar Curti – Well, we can’t blame Cesar if he didn’t choose to stay in Manila to start/continue his career. With a hot body and handsome face like that, this actor/model has more chances to make it big internationally.
Marcio Camargos – He’s got the high-fashion looks apt for magazine photo-shoots and for the runway. Marcio appeared as one of Cosmo 69 Bachelors in 2013 and is now based in China.
Fabio Ide – You still see Fabio on TV once in a while, but we wish his star could shine even brighter in the coming years. He seems to be the funniest and wittiest among the Brapanese models in Manila as well. After all, he should have already developed his comic skills after working with the likes of Eugene Domingo and Allan K in GMA 7’s now-defunct live comedy show on TV, Comedy Bar.

Daniel Matsunaga – We must all admit that Daniel is this generation’s poster boy for the Brapanese hunks in Manila. After his much-publicized breakup with Heart Evangelista a few years back, Daniel has far moved on to greater heights and is now capturing the hearts of many via his guest appearances in different ABS-CBN shows such as GGV, Showtime, and Kris TV. His name is being linked as well to different girls, including the Queen of All Media, Kris Aquino. 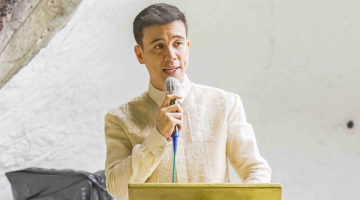