Preen.ph Takes Down the ‘How to be Nadine Lustre’ Article and Issues a Public Apology 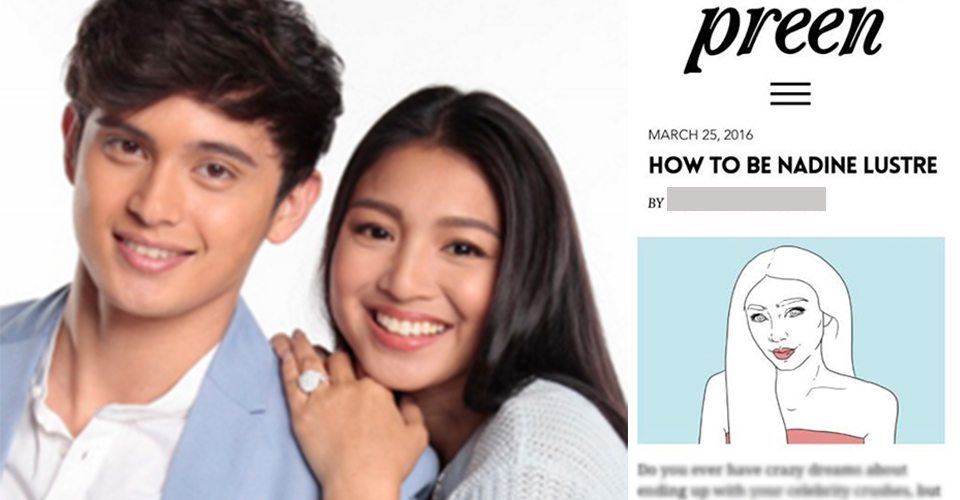 The controversial “How to be Nadine Lustre” article published last Friday has caused a stir online among fans and followers of the Viva artist and Kapamilya actress in focus. Many found the article quite offensive after the author (whose name we shall withhold) enumerated tips on how to be like Nadine in the case of snagging one’s dream guy. The article began with this paragraph, “Do you ever have crazy dreams about ending up with your celebrity crushes, but immediately lose hope because you’re too average for them? Well, that may be true, but it doesn’t mean that it’s impossible — just ask Nadine Lustre.”  The author continued with her tips which included the use of whitening soap, seeking the help of Dra. Vicki Belo for facial contouring, and getting a “rocking bod” to get through dancing. All these and other tips which had references to Nadine’s endorsements and other projects irked some netizens. Fans described the article as insulting and throwing in negative feedback ensued. James Reid himself, 1/2 of the JaDine teamup and Nadine’s boyfriend in real life, also sent a message to the author and expressed his thoughts via Twitter: 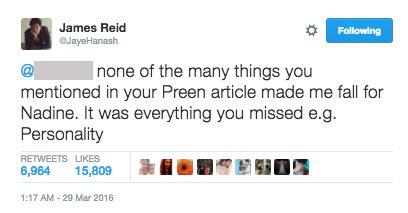 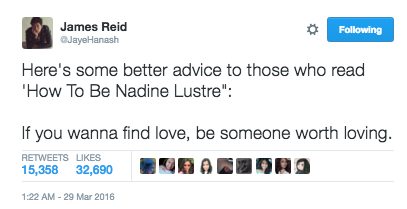 Inquirer’s Preen.ph has now taken down the said article and the team has also issued a public apology yesterday. The online publication directly addressed James Reid and Nadine Lustre in their post. 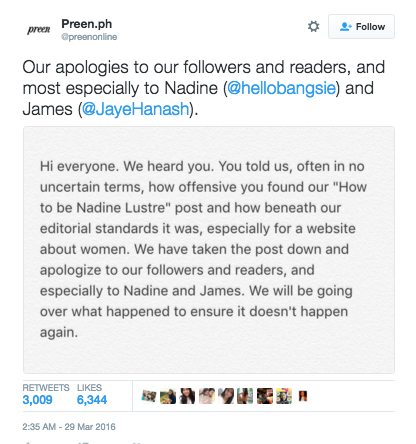 Featured image and screengrab courtesy of Cosmo.ph and Preen.ph 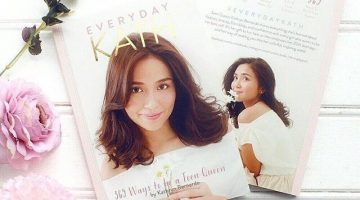