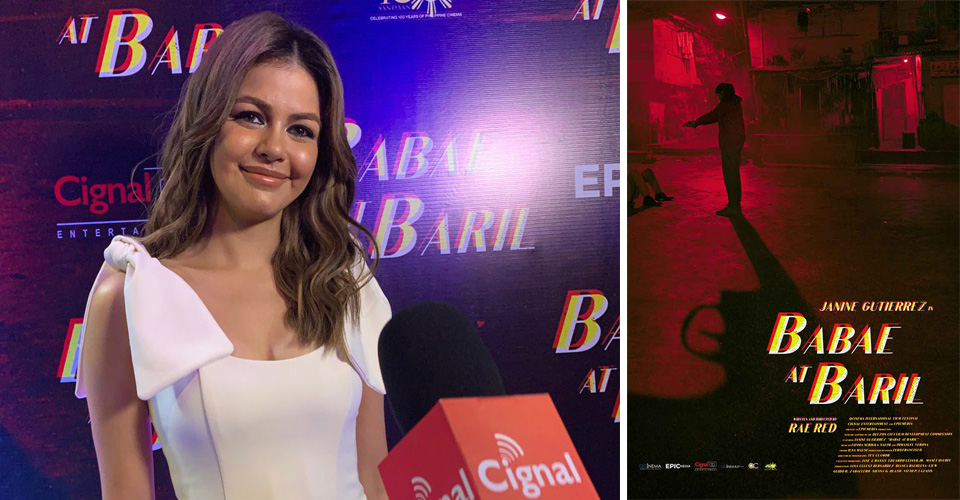 Highlighting the prevalent social ills in today’s society, “Babae at Baril” is an eye-opener to realism – a reflection of the issues including harassment, violence, drugs, and metro that a large portion of our community has to deal with.

Headlined by Janine Gutierrez, “Babae at Baril” chronicles the life of an unnamed saleslady, a lass who was forced to leave home and work in Manila because of her mother having a new family and was subjected to the hardships and challenges of the rural life.

At one point, her life took a 180-degree turn. All the bitterness and hatred the lady felt towards those who wronged her have come spilling out when she found a peculiar-looking gun right at her doorstep.

Director-writter Rae Red established the story in a disturbingly familiar setting with close-ups and wides of the Metro Manila streets making the story relatable to the viewers.

Moreso, the story is presented in a creative manner with flashbacks helping the viewers grasp the bigger picture and adding more layers in the film.

The film put a spotlight on Janine’s acting versatility – building ‘Babae’ as a naïve, ‘probinsyana’ girl to a fighter holding on to her gun in the busy streets of the metro. It is an understatement to say Janine owned her character.

With lesser lines compared to her other works, “Babae at Baril” heavily relied on Janine’s facial reactions and emotions. [Update: She bagged the BEST ACTRESS award!]

Her co-worker played by Felix Roco can be mistaken as her love interest at the start, but made a huge impact at the latter pary of the story.

The cast made their characters felt in the film despite having minimal to no lines at all. “Babae at Baril” also stars Elijah Canlas, JC Santos, and Sky Teotico, Ruby Ruiz, Allan Paule, and Archie Adamos.

Overall, the film definitely brought something new to the table with its creative story telling, amusing yet effective musical scoring, and stellar performance from the production team.

An entry to this year’s QCinema International Film Festival’s Asian Next Wave Competition, “Babae at Baril” is presented by Cignal Entertainment in partnership with EpicMedia.

The movie will be competing along with Glenn Barit’s “The Cleaners” and Arnel Babarona’s “Kaaway sa Sulod,” and against entries from Thailand, Indonesia, Malaysia, Laos, and China. 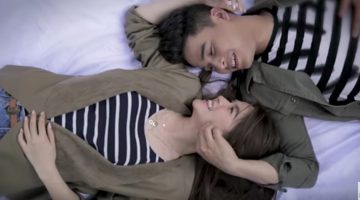