TikTok Your Way to Winning Hearts and Prizes [Take the #HiCrush Challenge!] 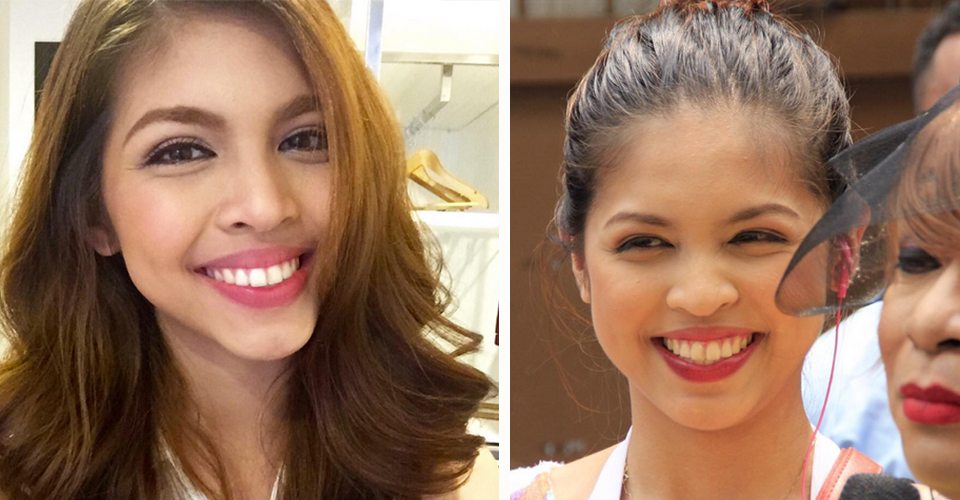 No doubt, Eat Bulaga‘s ‘Yaya Dub’ is the woman of the hour.  From simply Dubsmashing at home, she slowly made a name for herself as she effectively played the role of Lola Nidora‘s (Wally Bayola) nanny and later became the other half of the super phenomenal AlDub loveteam with Alden Richards. ‘Yaya Dub’ in real life is Maine Mendoza, a 20-year old Hotel, Restaurant and Institution Management graduate (with a culinary arts track) from De La Salle College of St. Benilde (she just graduated this year). Prior to her rise to fame, Maine spent six months as a cook in upstate New York (The Sagamore) for her internship.  She was discovered and invited to  be a part of Eat Bulaga at a time when she was helping in the family business (Her parents own Shell gasoline stations). According to a blog entry, Maine wanted to be a flight attendant and was actually waiting for Philippine Airlines’ notice for FA applications. The wait was worth it because God changed her direction and paved the way for her to get to what she referred to as her “secret ultimate dream” – get into showbiz. 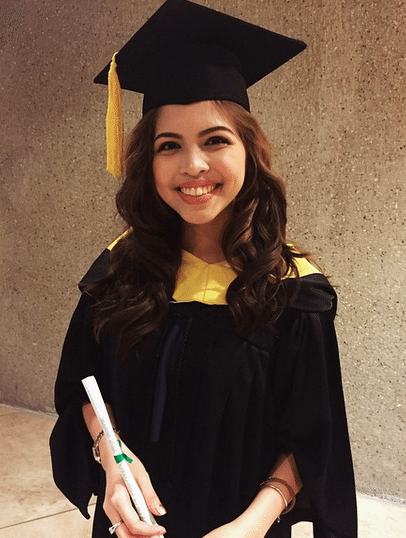 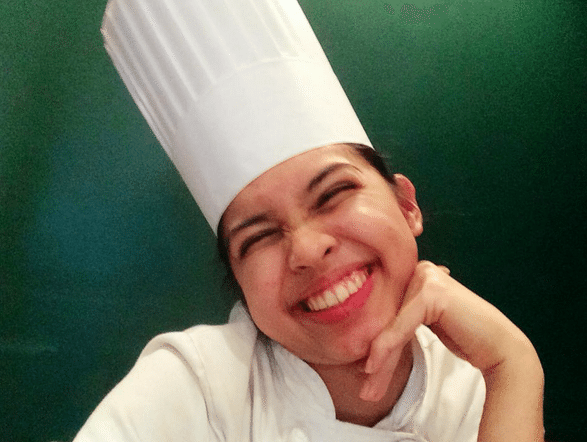 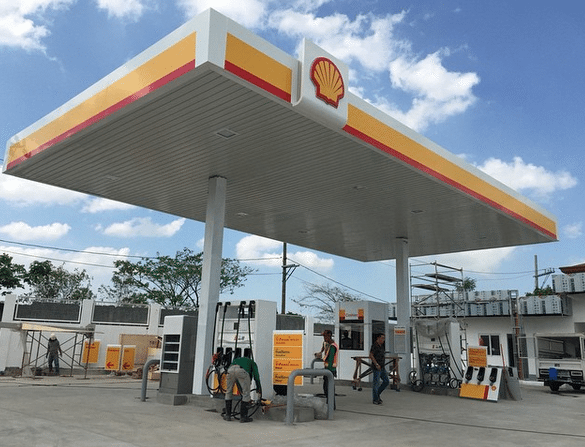 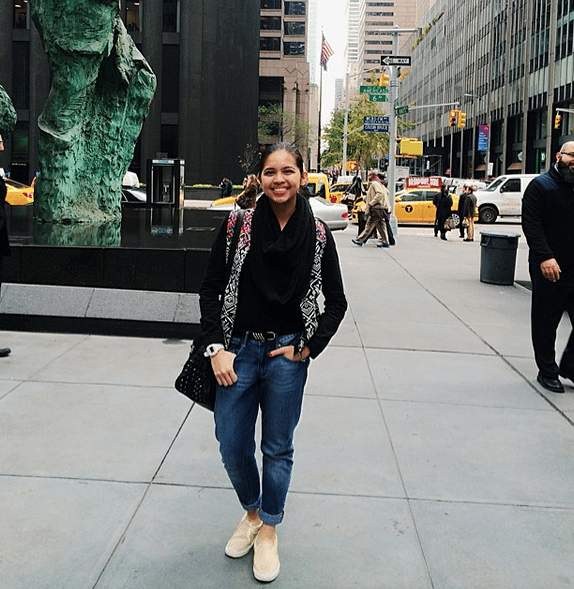 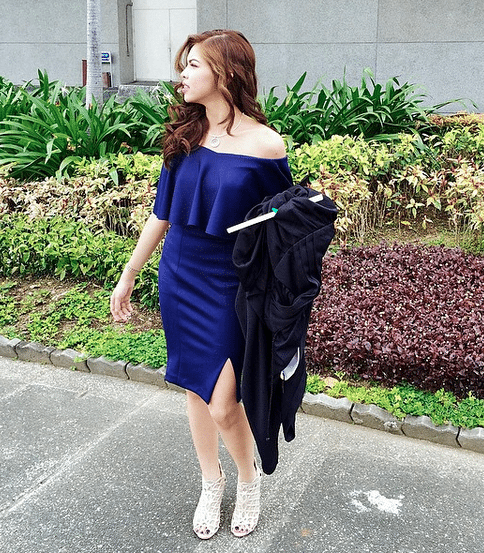 Check out some random facts (and boy, do we mean RANDOM!) we discovered from Maine’s blog and a question-and-answer site where she shared bits and pieces of information about herself:

SIBLINGS: 4 (She’s the fourth child in a brood of five) 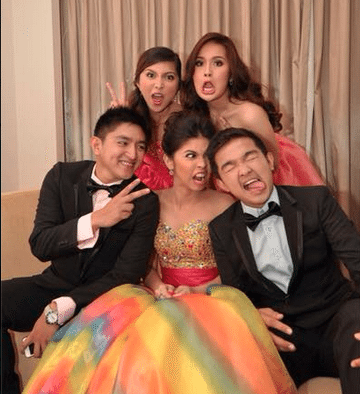 Taken during her 18th birthday

“I love sinigang na bangus with lots of kangkong!!!”

On what age she sees herself walking down the aisle:

When asked if she’ll do another drum cover, this is what she said a month ago:

“I don’t and I can’t play drums! Mahirap! Pinilit ko lang yung in my place – and it sucked.”

Little did she know, she will be doing this (her Dabarkads Pa More Wildcard performance on Eat Bulaga displaying her drum playing prowess!)

Maine’s In My Place drum cover that went viral:

Maine’s family, particularly her parents, are supportive of her decision join showbiz – her DAD, the biggest fan:

Aside from reading comments online, older sister Nicoleen shared on Twitter that their dad stopped driving to catch Kalye Serye on the road. When the car TV’s signal went off, the dad had a backup plan, a mobile TV phone. Awww. 🙂 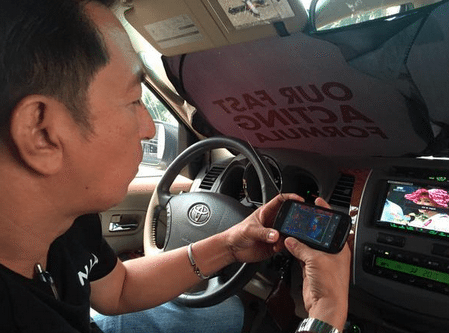 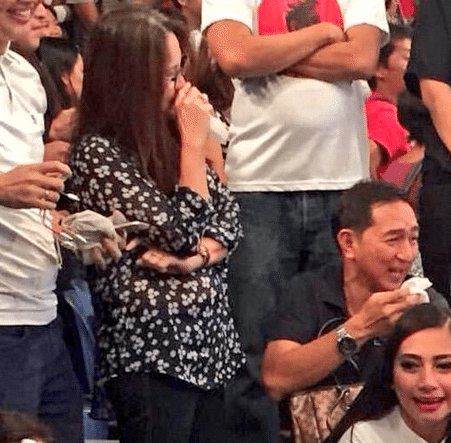 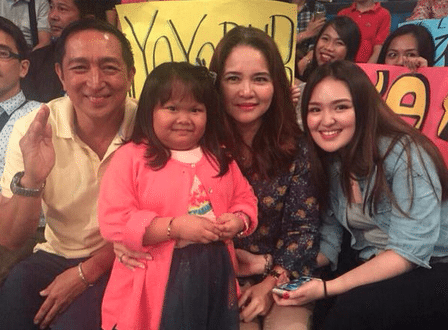 Asked if she eats street food like kwek-kwek, Maine answered:

She once shared as a random fact that she can eat street food (particularly isaw) everyday.

That explains this Kalye Serye moment: 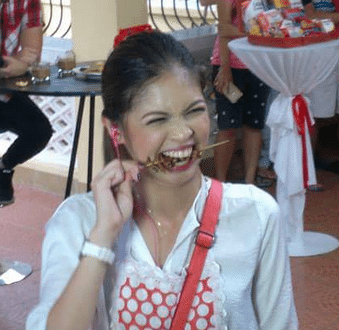 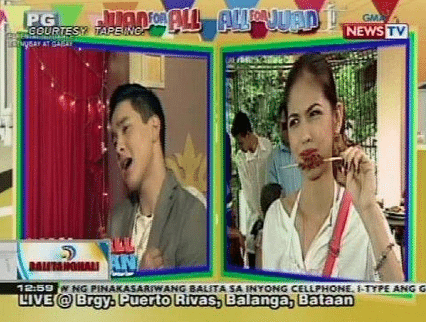 Asked if she loves candies:

My faves in a box!!! Ang tamis! (literal) thank you, appreciate it??

Bags or shoes? She answers:

Asked who her legit best friends are: 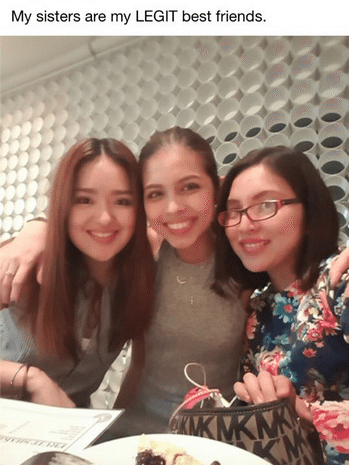 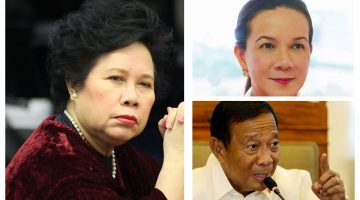