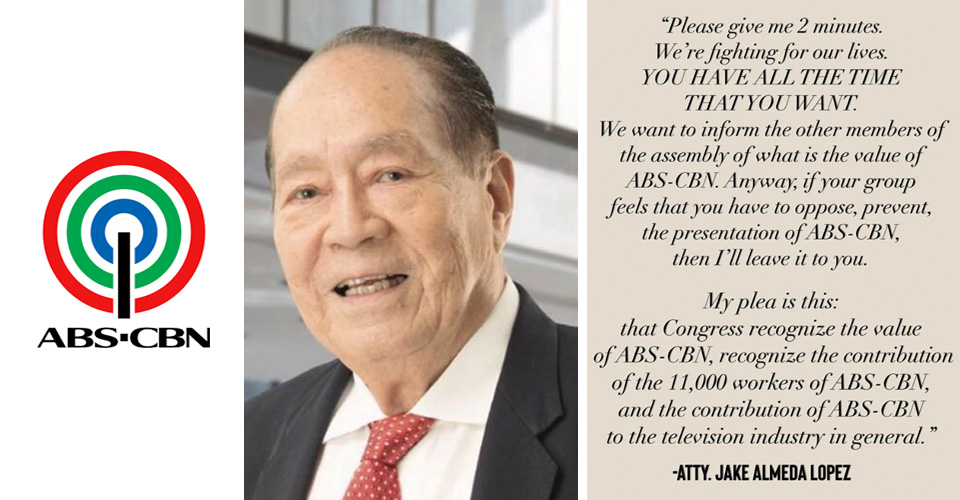 ABS-CBN Vice Chairman Augusto “Jake” Almeda Lopez asserted they “took back” control of the network that was taken away from them during martial law in 1972, debunking allegations that it was returned to them by the Aquino administration.

Lopez, who was a former general manager of ABS-CBN, recounted how ABS-CBN worked with the government for the proper turnover of its the broadcast facilities after the EDSA Revolution through an arbitration.

“We went into arbitration because the desire of both parties – the Malacanang group and the Lopez group – that let us present this to a neutral body and let them be the one to resolve this problem,” he said.

Lopez also defended the payment of P97.5 million to ABS-CBN by the administration of then President Corazon Aquino for the government’s use of ABS-CBN broadcast facilities while the country was still in transition.

Meanwhile, in his manifestation, Rep. Edcel Lagman maintained that the Lopezes’ ownership of ABS-CBN is a non-issue. He reiterated that previous court decisions already gave legality to the return of the broadcast facilities to the Lopez family, and these decisions were never challenged in the past 30 years.

He also reminded the joint committee that, “Any challenge to the reacquisition of the Lopez family of ABS-CBN has been put to rest when Republic Act 7966 was enacted on March 13, 1995 granting ABS-CBN Broadcasting Corporation a legislative franchise for 25 years.”

ABS-CBN president and chief executive officer Carlo Katigbak, on the other hand, refuted claims that ABS-CBN owed rental payments to the Philippine Commission on Good Government (PCGG) for use of facilities of BBC, a sequestered property, when ABS-CBN returned on-air in 1986.

He said all claims were already settled through the compromise agreement between the government and the ABS-CBN.

“Doon po sa rentals, I think it is quite clear in the arbitration agreement, that the compromise agreement shall constitute the full and final settlement of any and all claims which the parties may have against each other,” he said.

The Department of Justice (DOJ) and the PCGG previously stated that from a legal perspective, the compromise agreement entered into by the Cory administration and ABS-CBN is binding.

“If the decision is not appealed by any of the parties, it becomes final and executory. And if that’s the case, it cannot be questioned again later on,” added Justice Asec. Nicholas Ty on the same hearing. 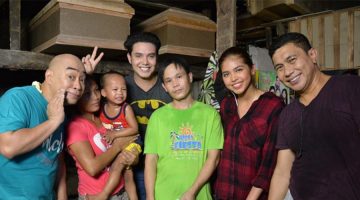