After all the “mahiwagang pagbabago” (mysterious change) teasers which feature several Kapamilya stars like Sarah Geronimo, Kim Chiu, and Luis Manzano, it was officially revealed by ABS-CBN mobile website that the broadcasting network is set to lauch its digital terrestrial television (DTT) service today, February 11. Based on the video, ABS-CBN is the first in the country to make the change. As stated in the official announcement, it has been almost two months since the National Telecommunications Commission (NTC) issued the guidelines on the shift to DTT broadcast (DTTB).

Clear audio and video are expected after this major shift from analog to digital TV service. A ceremonial switch-on scheduled later is expected to be led by ABS-CBN chairman Eugenio Lopez III and ABS-CBN president and CEO Charo Santos-Concio.

Let’s wait and watch out for the big change! 🙂

READ  WATCH: Kris Aquino, Derek Ramsay, JodIan and KimXi in 'All You Need is Pag-ibig' TEASER 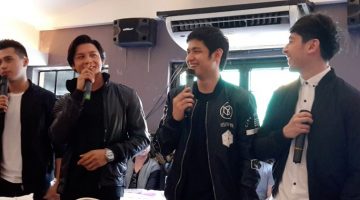