LOOK: Angel and Anne team up with Bea and Dimples, ‘Shop and Share’ earns over Php700K on first day 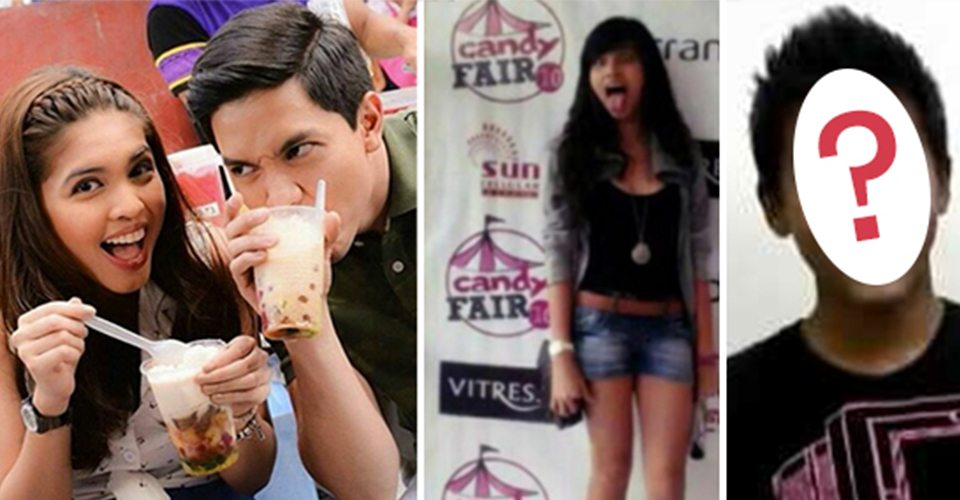 Earlier today at the AlDub’s 38th weeksary celebration on Eat Bulaga, Alden Richards and Maine Mendoza had a one-on-one interview with each other instead of the initially planned one-on-one basketball challenge.  During their Q&A session, a lot of things were revealed and the ones that stood out are the fact that they both had (or have) a crush on each other and that Alden was actually the one who sent Maine the box of sweets in August 2015 (when they still haven’t seen each other in the flesh).

What also struck us was how Alden constantly teased Maine about the male celebrity she really wanted to see at the Candy Fair 2010 (Alden wasn’t in showbiz yet at that time). It can be recalled that the phenomenal onscreen lovers discovered last year through a viral photo that they already crossed paths five years ago.

In an interview with 24 Oras Central Visayas, Alden was already teasing Maine about the Candy Cutie she really wanted to see. Here, Maine revealed her celebrity crush was absent during the event (That’s a clue!).

Based on Maine’s old tweets we found through an Instagram fan account, it looks like Maine’s celebrity crush was Daniel Padilla. Maine has yet to directly confirm this. 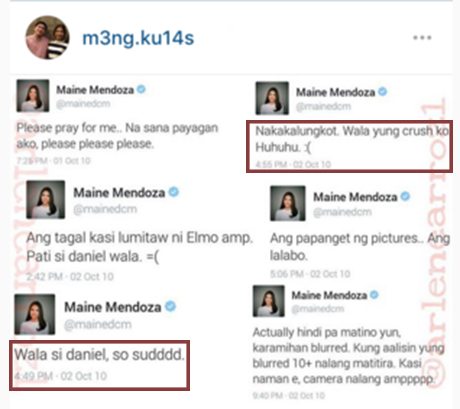 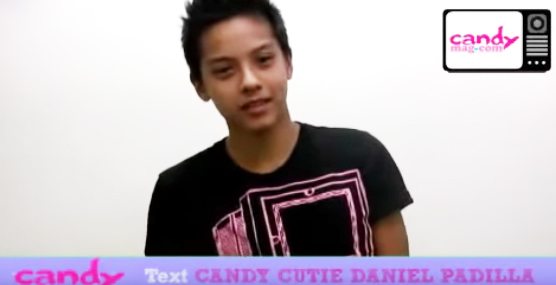 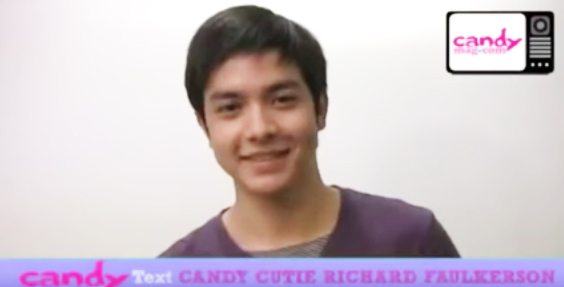 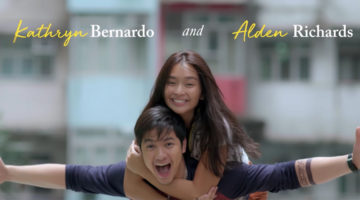