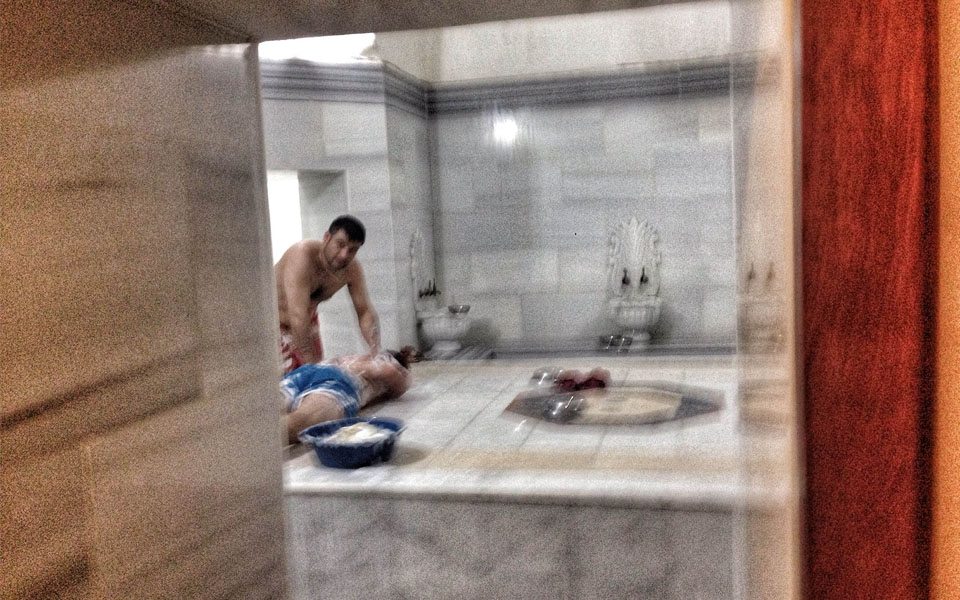 Known for their abrasiveness and uninhibitedness, Turkish baths (which most Turks call hamam) have always been on top of my spa-bucket lists. I’ve finally had the chance to try it first-hand during a nine-day trip to Istanbul, Turkey in an ancient hamam, just a few meters away from Istiklal Street and the Galatasaray neighborhood.

Aga Hamam prides itself as probably one of the oldest—if not the oldest—Turkish bath in the country. Built in 1454 by Fatih Sultan Mehmed the Conqueror (the 7th Ottoman Padishah Ruler) and restored in 1844, this hamam certainly houses so much history.

A quick online search tells us that this is probably 1) one of the cheapest in town, 2) one of the most decent in terms of interiors and quality of service, 3) one of the nearest from our hotel (we were staying at Nar Galata in the Galata neighborhood), 3) and the only hamam which accommodates both males and females at the same time.

How To Go There: We walked along Istiklal (from the side of Pera toward Taksim) and once we reached the Galatasaray High School, we took a right turn upon seeing a big Hamam signage at the corner of a small street. We turned left following the cobbled path and walked all the way toward the upper end of the road. We passed by a couple of hipster cafes and restaurants in this alley and just to make sure we were heading toward the right direction, I asked a young Turk who was lighting then his cigarette if he knew where Aga Hamam is located. He pointed to a shabby-looking building that was dimly lit just opposite from where he was standing and courageously, we walked down a small staircase leading down to the hamam’s rundown door. 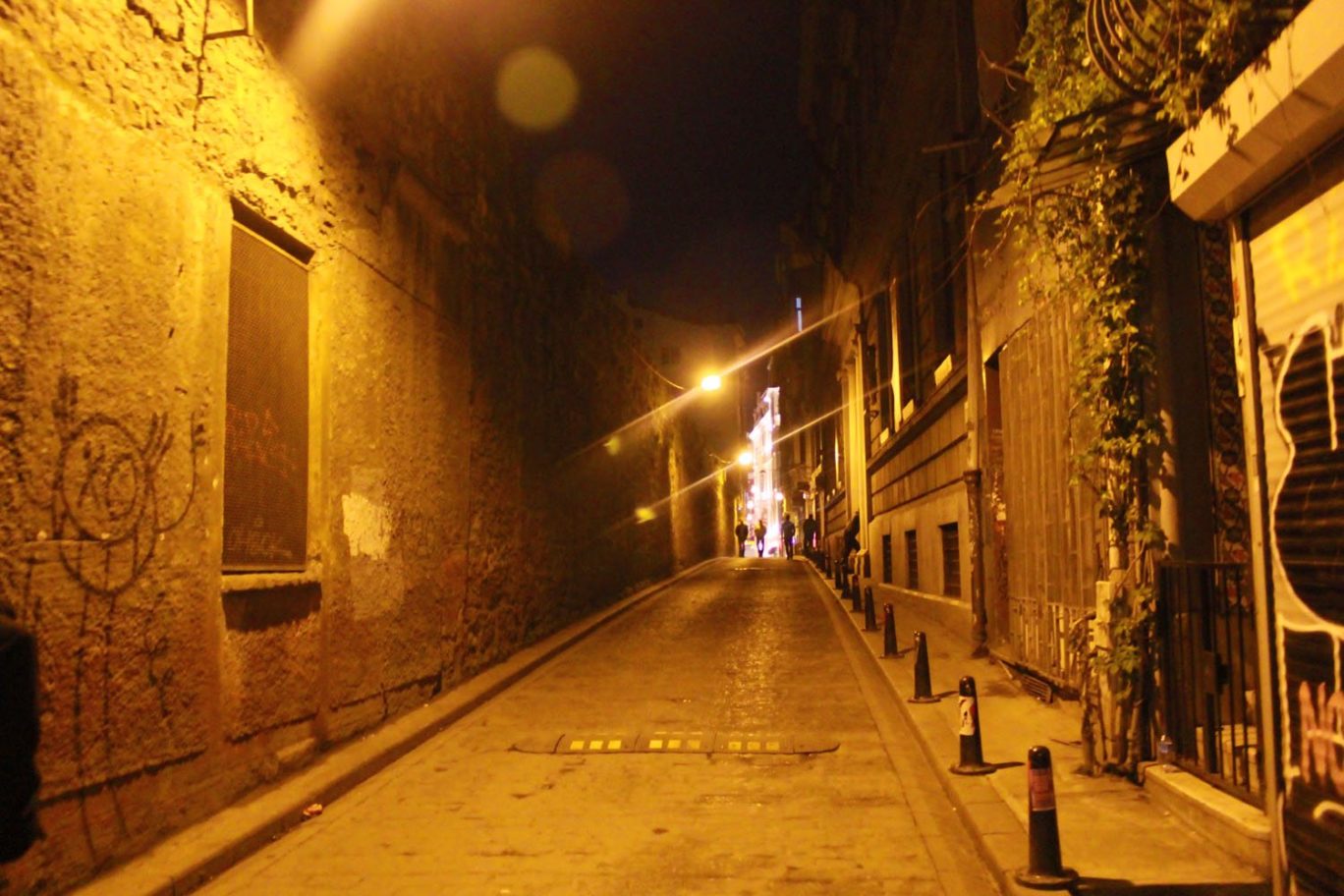 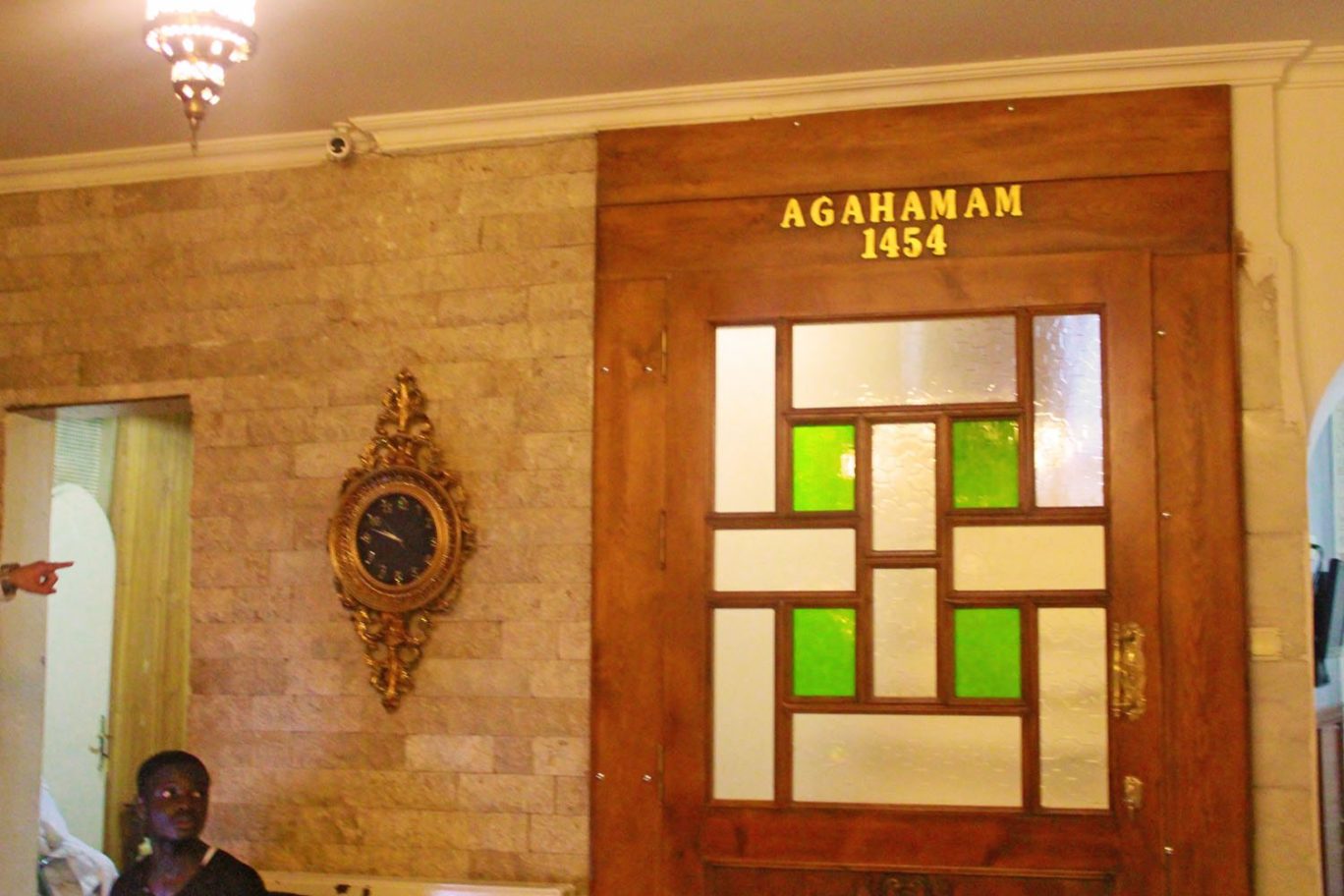 Once we entered the spa premises, we immediately saw several Caucasian couples (probably in their late twenties) who seemingly just finished their baths and were now enjoying sipping their warm cups of teas while sitting on an elevated carpeted platform—the boys were topless with just white towels covering the lower part of their bodies, while the girls were wearing their bikinis with towels used as head turbans.

See also  Watch: Clark and Leah's Separation Talk in On the Wings of Love

A tall male Turk welcomed us while collecting payments from those who just entered his spa. He instructed us to pass a down payment first and asked us to come back three hours later (around 8pm) as there was still a long queue of patrons.

Interiors: Aga Hamam has three floors: the first floor has the wet area, the reception and a waiting area where people drink their tea while waiting for their massages; in the second floor, you will find all the rooms used for massages and where you can leave your personal items; the third floor is used as a dormitory for short-staying guests. 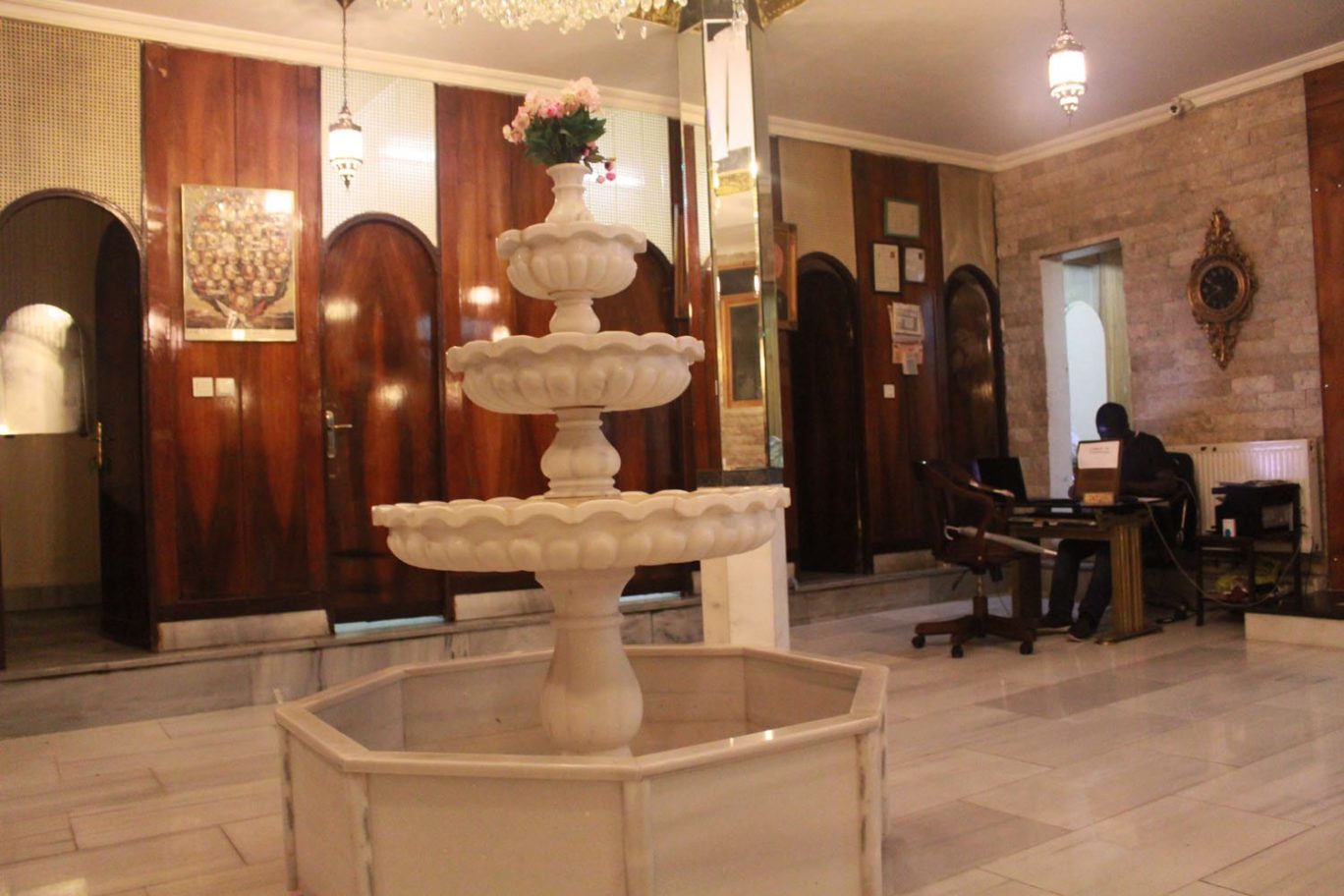 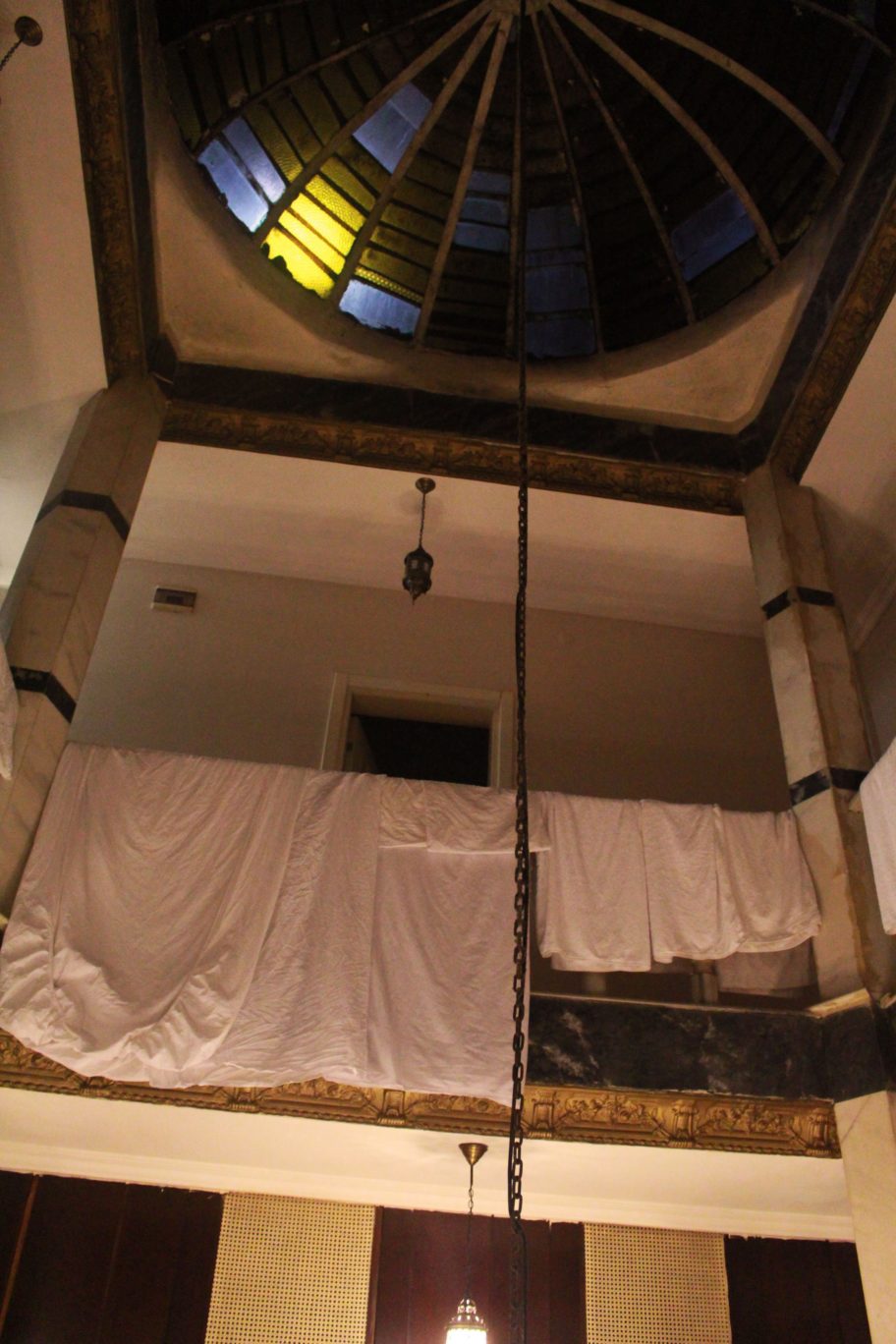 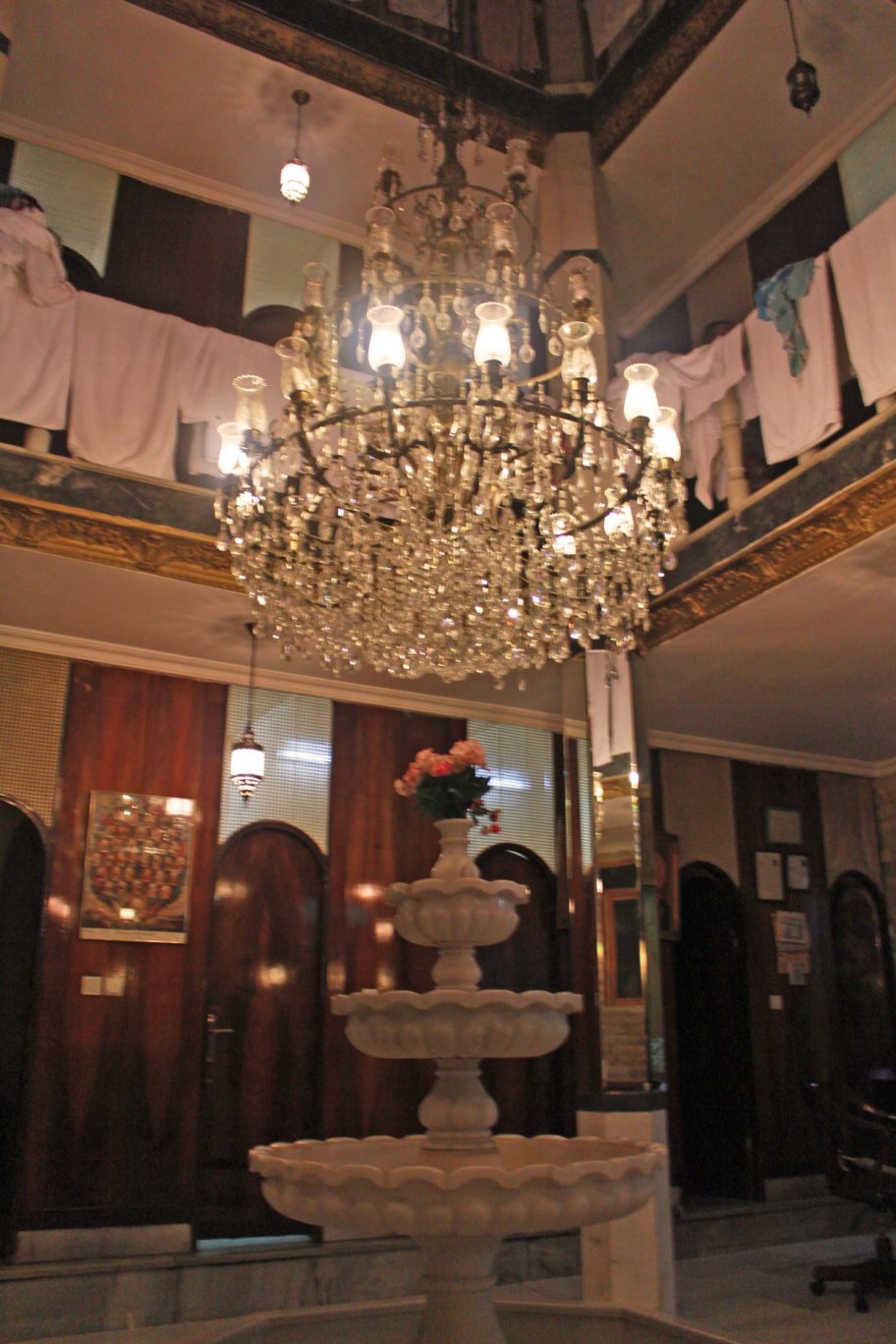 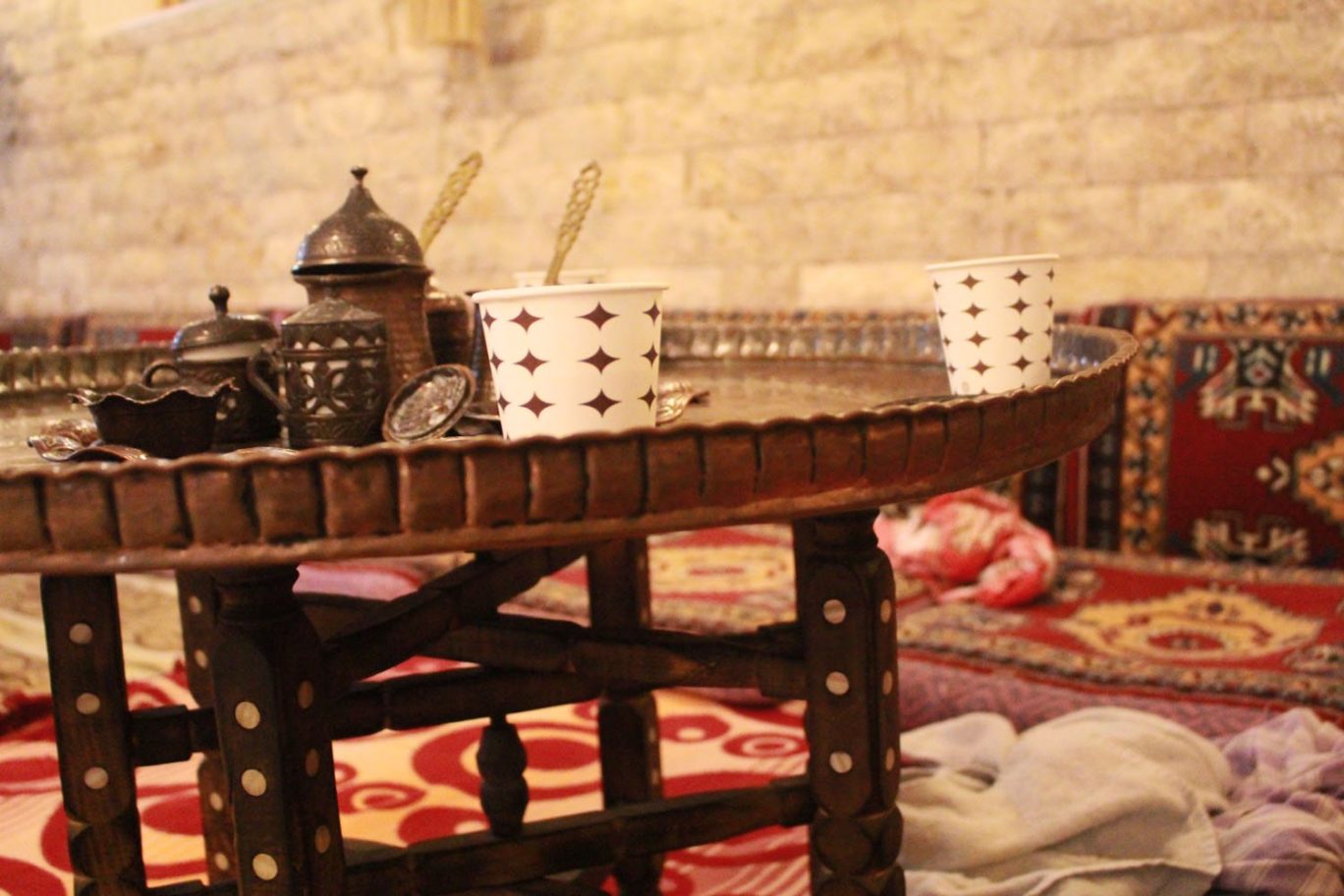 With a big chandelier hanging in the ground floor, photo frames of all the sultans & previous owners of the hamam adorning the walls, yellow lights lighting up the whole place, and the dodgy & somehow haunted vibe of the building, it felt like I’ve entered a ‘whore house’—a movie setting I usually see in movies, seriously. I keep reminding myself I am in Turkey and this is what it’s typically like—especially for a hamam built in the 13th century.

Once Inside: Expect little instructions from the spa staff when you start the whole ceremony as there were only less than six people running the whole show with about 20 guests inside waiting for their turn to be bathed and massaged.

We were ushered to a little room on the second floor where we were supposed to change and leave our personal things. I was prepared to go bare-naked (like what I’m used to doing in any other onsen or spa in Asia), when upon entering the bath area on the ground floor, I spotted male guests comfortably wearing trunks or shorts, plus surprisingly, the women (in their bikinis) were sitting beside them too in the same common room. Barely naked in front of everyone else (with just a towel covering my private parts), I felt awkward and I immediately ran to find my undies in the changing room. I slipped into one, and went back carrying a bit more confidence.

Bath Area: Aga Hamam has a relatively small wet area good for about 15-20 pax with a marbled knee-high rounded platform at the center of the bath place. The tiles were warm—probably heated—so you can lie down on top of it and use the heat to soothe the tensions in your body. At the two end-corners are semi-private showers and at the sides of it were walls with attached faucets and fancy sinks where you can sit down beside it and bathe yourself with either hot or cold water. 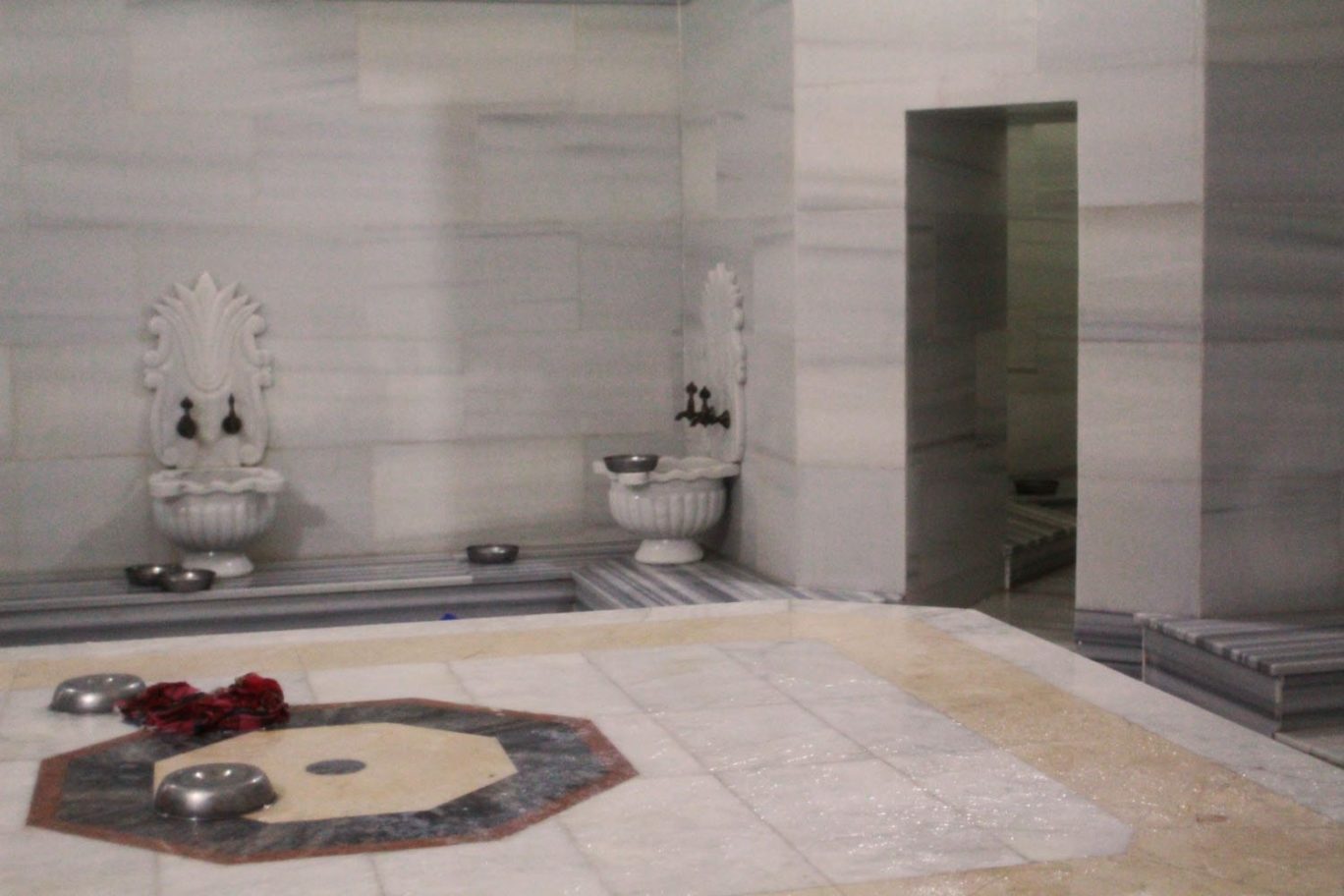 We sat and queued up for about half an hour amusing ourselves by watching the other people who were ahead of us getting bathed and scrubbed down. While the men get scrubbed in the center marble area (in front of everyone), the women apparently get some privacy as they do the scrubbing in a separate enclosed room, separated from the men.

How the Turkish Bath Works: Wearing only a long loin cloth, the topless male staff called and asked me to sit in front of him near a faucet with running water. He splashed lukewarm water onto my face and the rest of my body and began rubbing soap in his loofah.

I wanted to ask him if it was a clean, new loofah or was it the same loofah he used to the other people who came before me. Of course, I barely had the courage to ask that question. I succumbed to the fact that I came there for experience more than anything else. I closed my eyes, slightly cringing—and imagining—what if it’s the same loofah they have been using for years and years now? 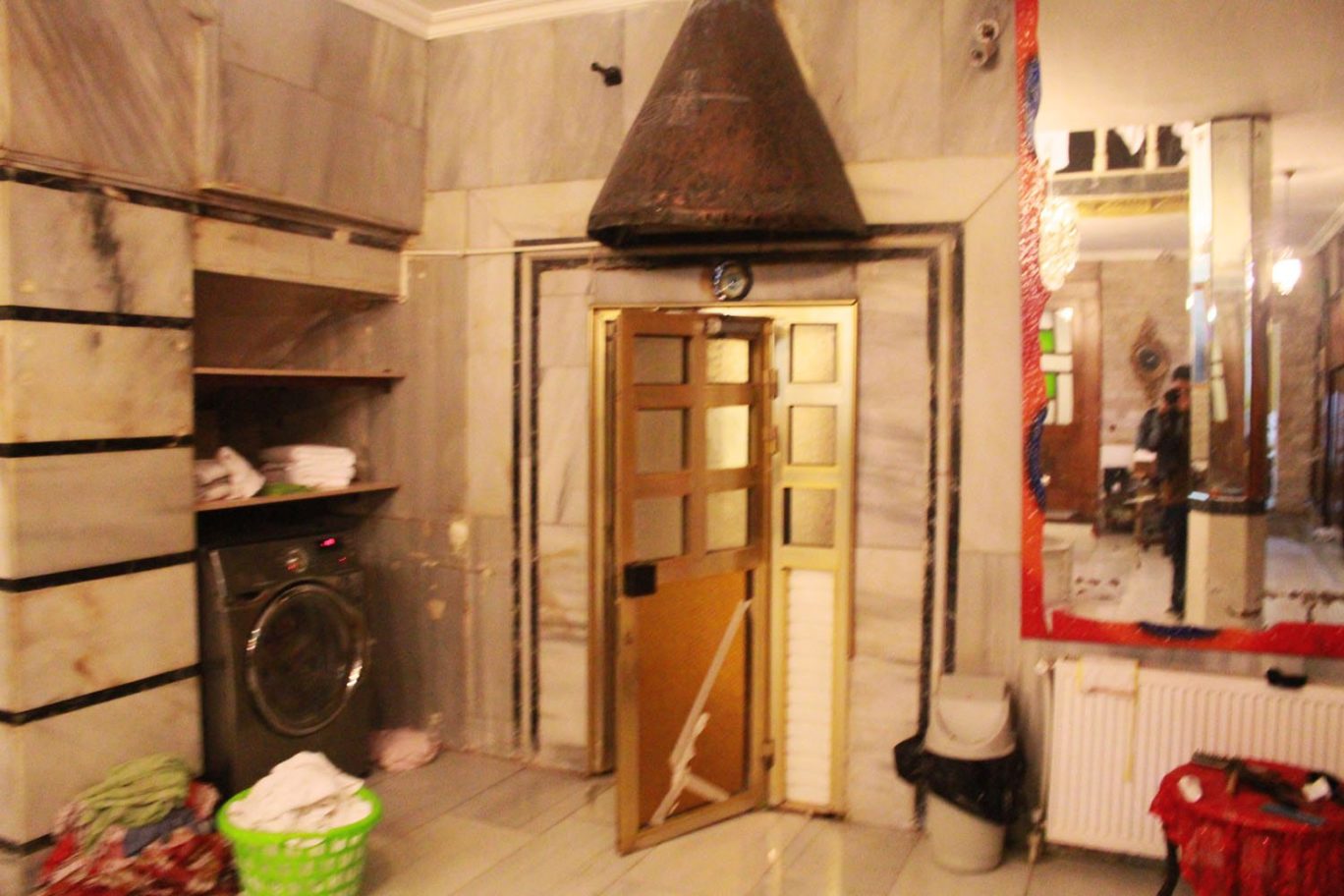 He whipped my hair, scrubbed my armpits, and rubbed every possible libag in my body. He was doing it with so much force and roughness. Ah, Turkish men!

He then asked me to lie face down on the center platform.

THE MARBLE FLOOR—the same floor where a thousand sultans, royalties and other important historical figures in Turkey have possibly laid on.

He then took out a mop-like whip which he soaked in foam and ran it over my body. Then for about five minutes, he used his very forceful hands to massage my back. When he asked me to turn around, he then gave me ‘hug’ which eventually gave a surprising popping sound around my back area and upper torso; some bone-cracking technique to release ‘gases’ in my body.

He then bathed me in cold water to end the cleansing session.

We then stepped out of the wet area, changed into dry towels and queued up in the carpeted space (while sipping hot tea with the other guests) for the 30 minute oil massage. Everyone has the option to just do the bath, but for us who desire longer massage sessions, we opted to pay more to complete our Turkish spa experience.

The massages were held in the second floor and there was nothing significantly different with how they do their oil massages as compared to any other regular spa service you can get in Manila. 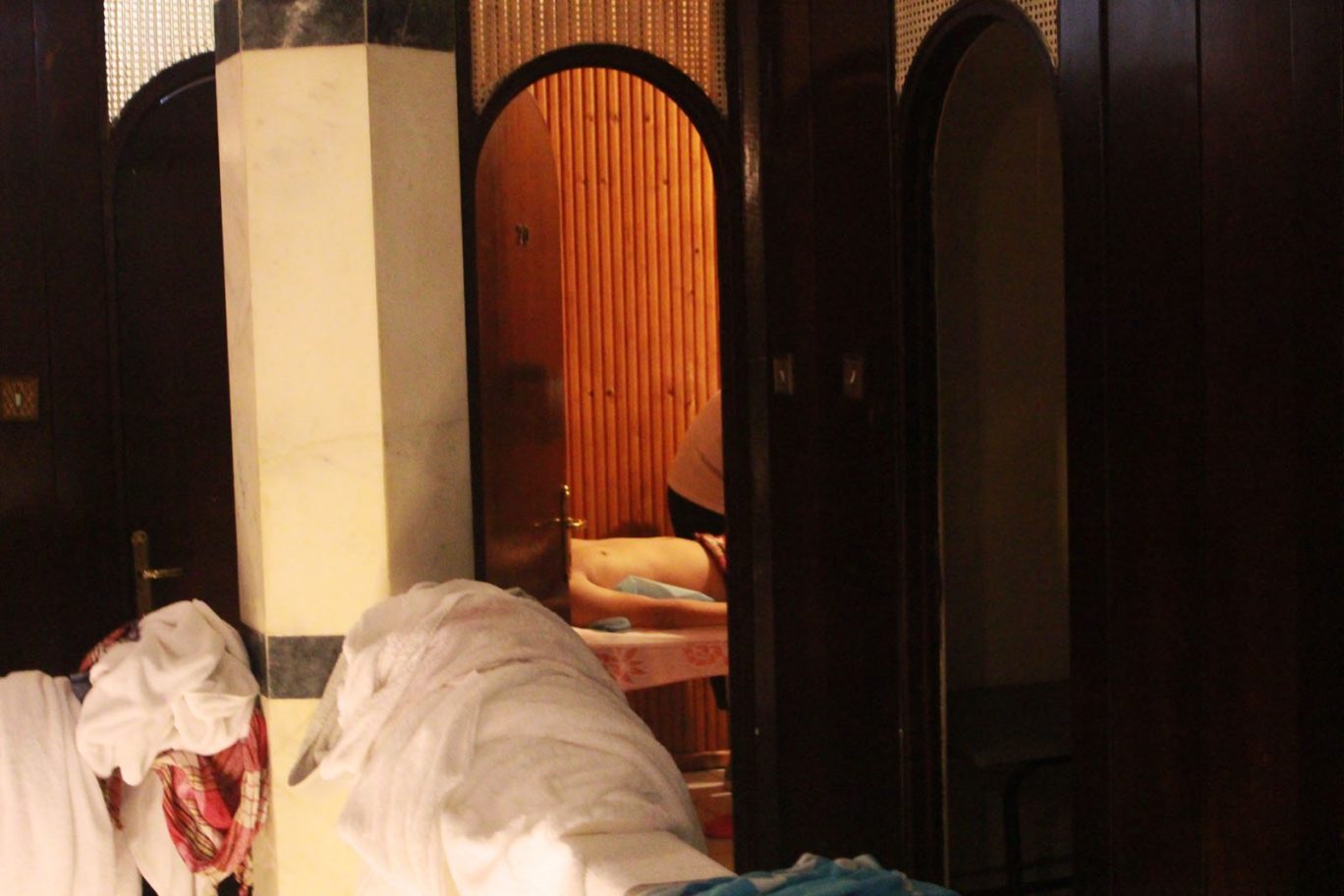 I felt a bit icky after the massage though—thinking about the potentially ‘century-old’ loofah, and now, my body covered in oil—but the overall hamam experience was very much worth it. After all, how many times can you do an authentic Turkish bath in your lifetime?

I heard there are sleazier hamams in Istanbul; I’m glad this place wasn’t that bad.

The massage helped put me to slumber easily, and that night was probably the best sleep I had in Turkey given the jet lags I had the first few days. 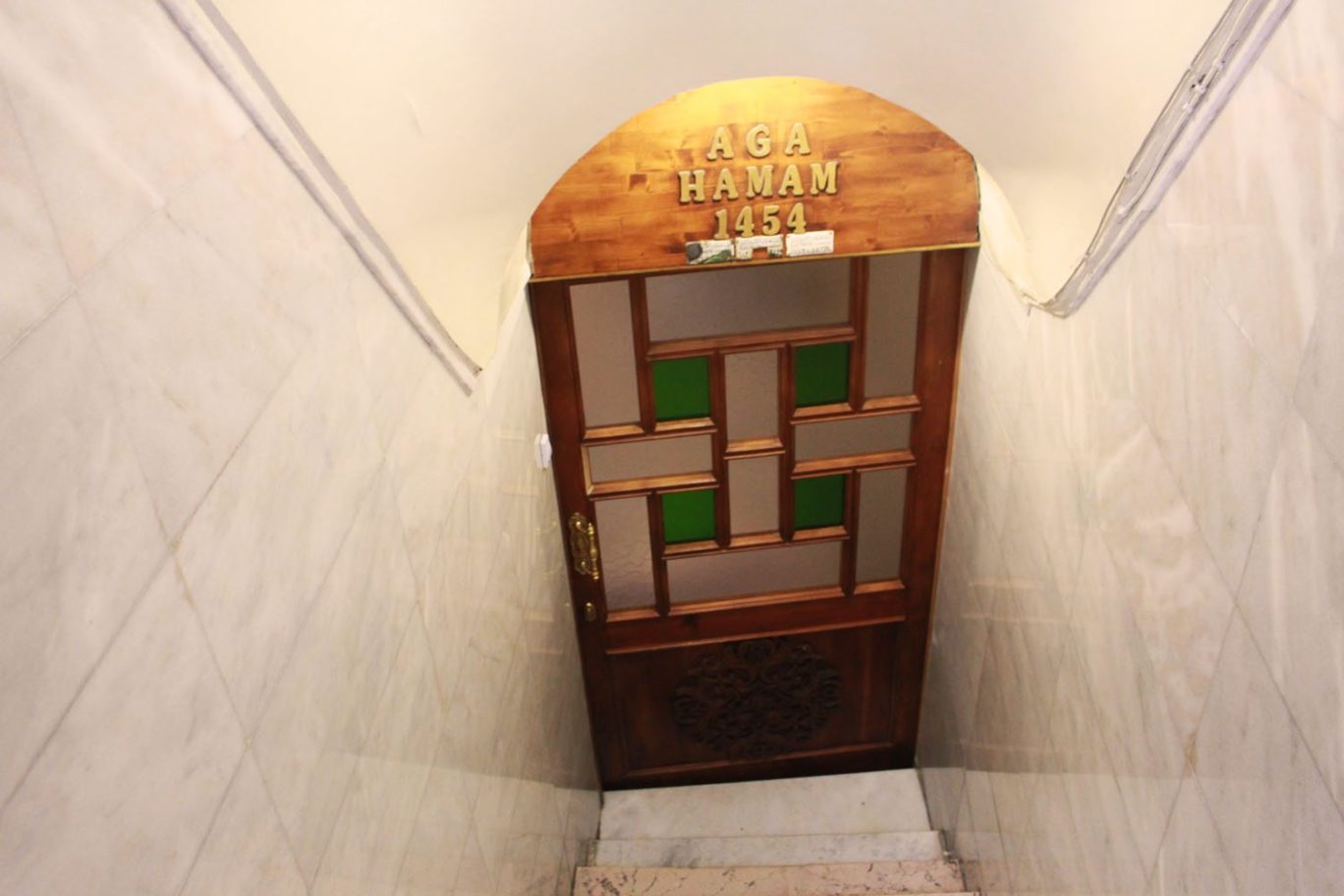 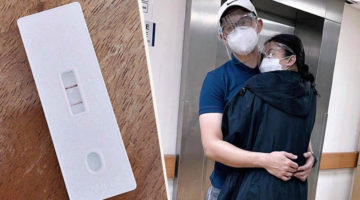