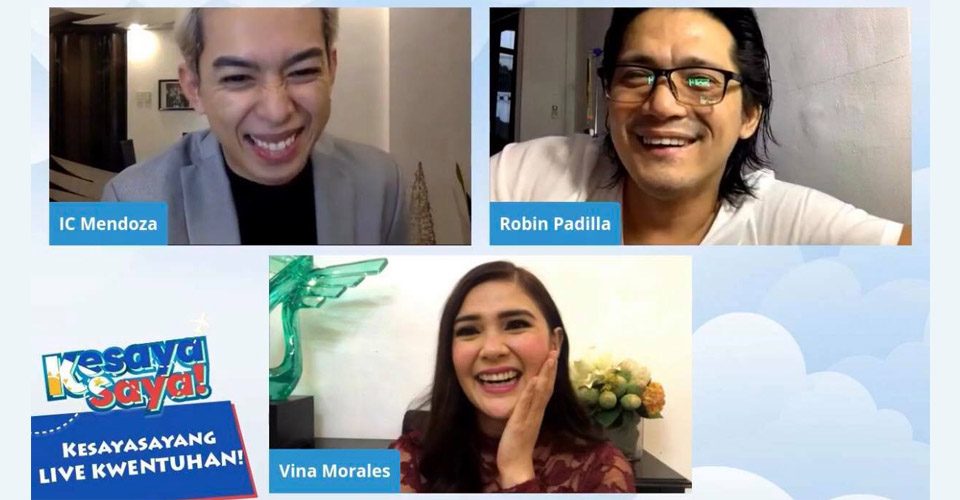 “Kesayasaya!” is the story of OFWs and their families as they try to survive the challenges brought about by the COVID-19 pandemic. The weekly musical sitcom features the return of the Robin Padilla-Vina Morales tandem. Also part of the cast are “Asia’s Queen of Songs” Pilita Corrales and musical legends Darius Razon and Eva Vivar.

Robin plays the lead role as Ricardo “Carding” Magtanggol, an OFW who worked as a foreman in Saudi Arabia, and the responsible son of Tatay Darius (Darius Razon) and Mommy Eva (Eva Vivar). Carding helps out the family as he also tries to save up so he can finally marry his fiancee, the talented singer Miss K.

Miss K or Katrina Morales is played by Vina. The character is a talented singer-chef who is also an OFW working in a hotel in Singapore. She is the eldest daughter of Mommy Gladys or Mommy G played by Pilita Corrales.

Known to many, Robin and Vina’s onscreen tandem blossomed into a real relationship back in the day. Asked about working together again after a long time, the ex-lovers admitted having experienced awkwardness around each other during the shoot at Robin’s place, especially with the actor’s wife Mariel Rodriguez being in-charge of the camera work. Robin and Vina made it clear though that Mariel is very understanding and professional when it comes to the project. They both raved about Mariel’s hospitality and graciousness.

WATCH Robin and Vina’s story about feeling awkward around each other after so many years:

While the past romantic relationship was made public, not many know that Robin and Vina almost got married. For his final question, Albert Abelido of Chikkaness Avenue asked the Kesayasaya! lead stars if there’s still something about the past that the public has yet to know.

Vina: I just have to make it clear ha. Si Robin ata lahat niyaya magpakasal. (smiling and flashing the peace sign with both hands) 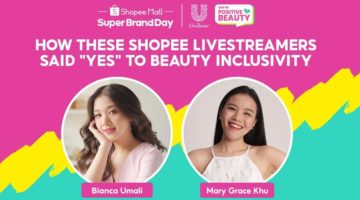