Back in the 90s, long before the Kapamilya and Kapuso tags, we grew up with shows that have Saturday afternoon memories we can attach to. Here are the first two in our Senti Sabado list – drama anthology Coney Reyes on Camera aired on ABS-CBN and the phenomenal youth-oriented show T.G.I.S. (Thank God It’s Sabado!) of GMA-7.
Read on and join us for some random reminiscing:
Coney Reyes on Camera
TV host-actress Coney Reyes was part of a weekend habit years before her Madame Anna Manalastas stint in 100 Days to Heaven. In the 90s, we used to see her regular switch from a cool and bubbly mainstay of Eat Bulaga! (remember the show’s jingle? “Sina Tito Vic and Joey, si Aiza at si Coney…” — oh, did you just sing?) to a serious dramatic actress every Saturday afternoon. She was the star in her own show Coney Reyes on Camera.
Coney Reyes on Camera was a weekly drama anthology which Coney herself produced (yes, she’s Constancia Angeline Reyes Nubla in the credits). The show featured different stories and guested different stars each episode. It made a huge impact that the song It’s My Turn by Diana Ross never fails to remind us of the show.
Coney Reyes Opening Credits
Video: Youtube (uploaded by user dentrias03)
T.G.I.S. (Thank God It’s Sabado!)
The moment we hear Dyslexic Heart’s “Na na na na…”, our hearts skip a beat. The song is almost synonymous to T.G.I.S. which we used to watch at 4PM every Saturday. Although we also hold G!M!K close to our hearts, we have to admit that T.G.I.S. started the whole barkada show craze back then. Our fellow 90s kids will surely agree that we can talk about Peachy (Angelu De Leon), Wacks (Bobby Andrews), Kiko (Red Sternberg), JM (Onemig Bondoc), Mickey (Michael Flores), Cris (Raven Villanueva), and the rest of the gang with so much fondness and kilig.  We can’t help but feel like we were once part of their barkada.
Those were the days when the T.G.I.S. guys made Birkenstocks + white socks + baggy pants + loosely tucked shirts look so cool! And the girls wearing “hanging” blouses and high-cut boots were female fashion icons. We guess the unique characters which viewers could easily identify with contributed a lot to the show’s success.The show became phenomenal that it eventually led to a second generation T.G.I.S., a movie, and its sequel Growing Up.
Watch these videos and get a dose of nostalgia:
Original TGIS Opening Credits
Video: Youtube (uploaded by user iistokwa)
Fanmade video
Video: Youtube (uploaded by user Tgisthemovie)

Watch out for more of the Senti Sabado list in our future posts!:) 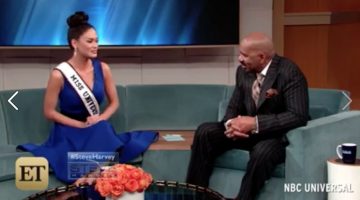