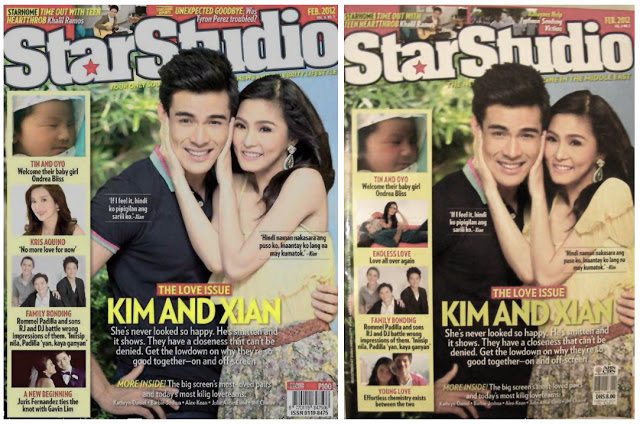 We got a hold of this month’s issue of Star Studio magazine distributed in the Middle East and found a striking difference from its Philippine version. We find it amusing that Kim Chiu’s spaghetti-strapped tops and mini skirts were transformed into sleeved ones and skirts with leggings.
Interestingly, photos inside are edited to fit the conservative culture of Gulf states. In the Middle Eastern market, it isn’t unusual to find photos in foreign magazines  (e.g. shots with cleavage, exposed legs, etc.) smudged out with a black marker.

Take a sneak peek into this month’s loveteam issue with Kim Chiu and Xian Lim on the cover and check out how the magazine is spared from the black marks.

With a huge Filipino market, Star Studio already has its satellite office in Dubai and follows a strict media regulation through digital alterations. The editing may often result in celebrity outfits looking more manang than the actual versions (you should see the Star Magic Ball issue!) but at least fans can still keep the photos of their favorite stars.

Priced at PHP100 in the Philippines and DHS8 in the Middle East, the February issue is loaded with photos and interesting tidbits every KimXi fan would love. Definitely a must read!:) 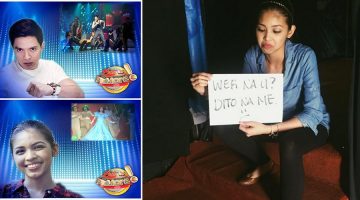