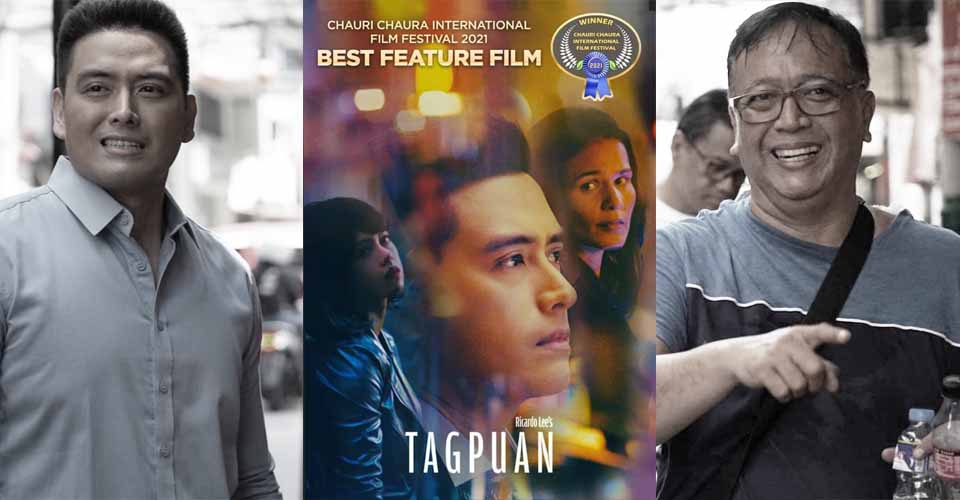 After its world premiere in last year’s MMFF or Metro Manila Film Festival where it won the third best picture and best supporting actress awards, Tagpuan, has since competed in four international festivals and has won Best Feature Film at the Chauri Chaura International Film Festival and just recently, Best Director at the just concluded Samskara International Film Festival in India. The film was directed by McArthur C. Alejandre, written by multi awarded screenwriter, Ricky Lee, and starred in and produced by Alfred Vargas. Also starring are Shaina Magdayao and Iza Calzado.

Here’s a random Q&A with the director

Tagpuan has won two major awards in two international festivals, how does that make you feel?

MA (McArthur C. Alejandre): Very happy because it has made people who worked in the film and people who matter to me, like family and friends, happy. When we completed Tagpuan, the fulfillment I felt was overwhelming and enough for me. The international recognitions are sweet icing on the cake that is shared with all my collaborators, in front and behind the camera.

What inspired you to do Tagpuan?

I am always inspired and inspirations come from all around me. What matters most is to have people believe in a vision and cpllaborate with you in the completion of that vision. And for that I am blessed to have Alfred Vargas and Ricky Lee. Our journey began in Kaputol, my first indie film that also won Best Performance for its acting ensemble at the Innuendo International Film Festival in Italy. Alfred, my actor and producer, chose to do Kaputol after giving him 3 concepts, 2 of which are more mainstream and popular in appeal. I remember telling him “Alfred, are you sure you want to produce Kaputol? Baka 100 na tao lang ang manood, 80 doon mga kamag anak at kaibigan natin.” Then he said “Maganda ang Kaputol at alam ko na yan ang gusto mo gawin. Don’t think of ROI. Do a film that will make you happy and that will mean we will have a good film.” That is full trust. And that is inspiring.

How did Kaputol fare and how did it lead to Tagpuan?

Kaputol hasn’t been released theatrically or streamed online. Alfred didn’t recoup his investment but he was happy with the film. Then he said “Can we do a love story for our next project?”. Ricky and I have been friends and colleagues for over 30 years so he knows me and my strengths and weaknesses. We have collaborated on several mainstream movies, many of which have been box office hits. For our next project, we knew we didn’t want to do a romcom. We wanted to do a film on people who have fallen in and out of love. A story of broken people. A study of time and space, of home and territoriality. I wanted a Chinese flavor. I specifically said I wanted to shoot in Binondo, HongKong, and Chinatown in New York City. Ricky said he wants a film “ about loss and recovery. The places as milieu, being far from each other allows more expanse and exploration not only in terms of what is physical and emotional but of chasms and links created by time and space.” And Ricky, the brilliant writer that he is made me fall in love with the first draft of the script. Ricky’s use of long dialogues provided the film a peculiar and enigmatic cadence and this rhythm allowed me to enter a world where lines become secondary to the beating and language of the heart. It is abstract and internal and mesmerizing. And again, Alfred, with great enthusiasm was on board. That was how Tagpuan came to be. The budget of Tagpuan was more than the budget of Kaputol. Again, Alfred hasn’t, yet, recouped his investment. Again, he is happy and proud of Tagpuan. Winning awards may be part of the happiness. But I feel the happiness stems from the fact that Kaputol and Tagpuan have allowed him, us, to grow as artists. Each film is a platform for growth and greater understanding of ourselves, of people, and social structures and conditions that we live in.

What are your unforgettable experiences while filming Tagpuan?

It is always a great adventure to make films with friends. Shooting abroad, though doubly difficult, is always rewarding in terms of bonding with workmates.New York and Hongkong are two of my favorite go to places. They don’t disappoint, in real life or in films.

At masaya ang shooting abroad kasi may mga comedy of errors at funny or weird occurences. We shot in HK at the height of the protest movement. One night, as we were walking to the next location, we found ourselves in the midst of a crowd running from riot police. So we, too, ran. Then we heard a female staff member exclaim, “ Somebody cupped my boobs!” “What? Who? Where?” we asked. “I don’t know who but he gave my boobs a full cup with his hand.” We were all helpless and just ran till we reached the hotel.

In New York, Alfred, Ricky and I were able to catch Hadestown, a Tony winner for best musical starring Eva Noblezada. Watching a good musical together with two my closest friends is rewarding. We talked about that experience for days.

Alfred and I spent several midnights after shoot standing by a corner, eating the famous NYC hotdogs, while talking about life and personal stuff. Those nights were like scenes from a movie.

And Production Designer, Ericson Navarro, was amazing. Despite a grueling work schedule, he was able to visit major NYC landmarks and take selfies. Every morning, his selfie post was a source of good conversation.

There were running gags, private jokes, emotional meltdowns, medical emergencies. These experiences brought everyone closer to each other.

What is next after Tagpuan?

We hope for more festivals for Tagpuan. We have new plans but the pandemic has put everyone on a different state, pace, and perspective.

Had you been at the awards ceremony, what would have been your acceptance speech?

I would like to thank everyone who worked with me in Tagpuan. Special mention to Alfred and Ricky who have been giving me their full trust and unconditional support. I share this award with all Filipino film workers who continuously fight to keep our struggling industry alive.

Your triumvirate with Ricky and Alfred have produced two internationally recognized films. Should it not come in threes?

We hope it will. Maybe not as soon as we hope it would. But regardless, our pcollaboration continues. I am very blessed that we have a relationship beyond what is professional. We are friends. Ricky Lee is a mentor and my closest and very dear friend. He helped shape my being and my career. He is a selfless human being. I have very few actor friends and Alfred is one of them. He is very smart. He is sincere. But foremost, he has a kind heart. He takes to heart the Ateneo dictum of being a man for others. He is an ideal family man whose passions are public service and the arts. When they heard I won best director, they were even happier for me than I was for myself. Ricky said “All your hard work paid off. You knew what you wanted with Tagpuan and you never stopped exploring the ways to get there.” Alfred said ,” Very well deserved award. All the recognitions are because of you.” Thank you, my dear friends but we’re all in this together from the start to wherever it may take us. More than helping me create Kaputol and Tagpuan, Ricky and Alfred have been helping me cope with the challenges of life. Film and friendships matter a lot. 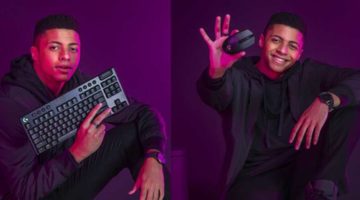