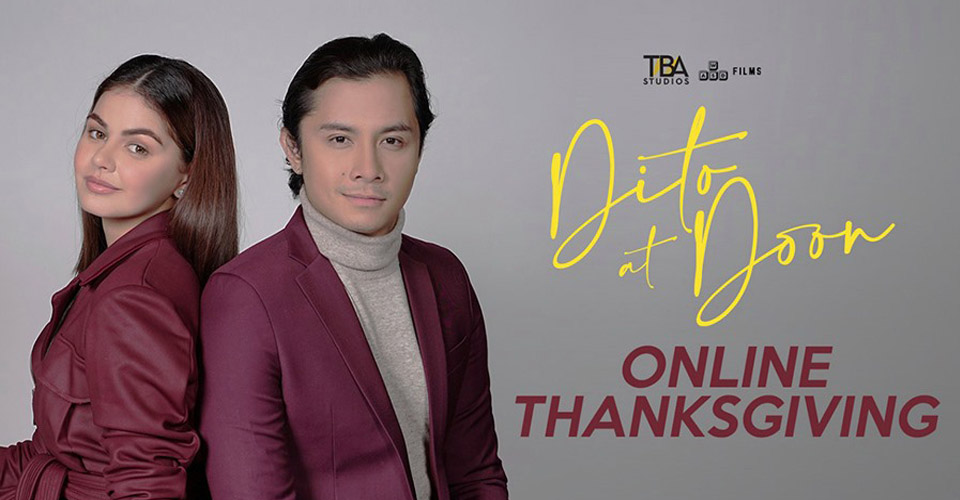 TBA Studios takes pride in its first pandemic production — the well-received Dito at Doon (Here and There). Dito at Doon, topbilled by two of this generation’s most bankable stars, Janine Gutierrez and JC Santos, enjoyed a number of firsts — TBA’s first film release during the pandemic, first to be released in five major streaming platforms, first to have simultaneous international release, and extension due to public demand.

The whole team showed appreciation to the audience and the press through a Thanksgiving presscon last May 13.

“You created a masterpiece. You hit me in the heart,” Ed Rocha, TBA Studios’ CCO and one of the executive producers for ‘Dito at Doon, gave his thank you speech to media partners and members of the press all the way from San Francisco, California. “Please, please, accept my heartfelt thanks. We have a lot in store from TBA,” he added. Other members of TBA Studios’ board graced the event.

Meanwhile, lead actress Janine Gutierrez also had nothing but gratitude to express.

Both Santos and Gutierrez also thanked the press for their support.

[Dito at Doon is still streaming in major digital streaming platforms and tba.ph/global]

Finding success HERE and THERE (everywhere!)

Completed during the lockdown, this relatable Janine Gutierrez—JC Santos romance movie was initially slated to be released in theaters but safety had to be prioritized as the surge in the number of COVID-19 cases in the country continued.

As fate would have it, Dito at Doon found success online and enjoyed a wide global reach. The number of streaming platforms was increased due to viewers’ requests.

The film was developed, shot and completed during the pandemic, Dito at Doon incorporates such “lockdown” realities as e-numan, video calls, DIY learnings as well as being a plantito/plantita, while reflecting on the possibility that the “new normal” could be poised to stick around longer.

“We feel this is the best possible way to make sure that everyone’s ‘Dito at Doon’ movie experience is a safe and enjoyable one,” previously said Rocha.

“Dito at Doon” revolves around political science graduate Len (Janine Gutierrez) and her online/offline frenemy Caloy (JC Santos). Len works from home, and is someone who fights for things she loves and believes in. Caloy, on the other hand, is a front liner and has a perspective that’s different from Len’s. With their polarizing views and challenges of not being physically together, will their relationship survive?

See also  Soon on ABS-CBN: The Story of Us with KimXi (Kim Chiu and Xian Lim)

Directed by JP Habac of “I’m Drunk, I Love You” fame, “Dito at Doon” also features host and stand-up comedian Victor Anastacio (likewise playing someone who’s deprived of the physical presence of a loved one) and theater actress Yesh Burce, with the special participation of Janine’s real-life mom Lotlot de Leon. 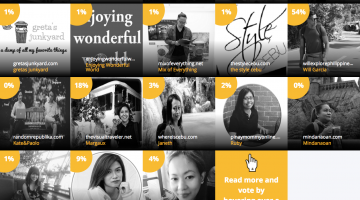 Random Republika is Nominated in the 2017 Lifestyle Blogs Award