Watch: G-Force’s Teacher Georcelle in a Dance Showdown with Jollibee 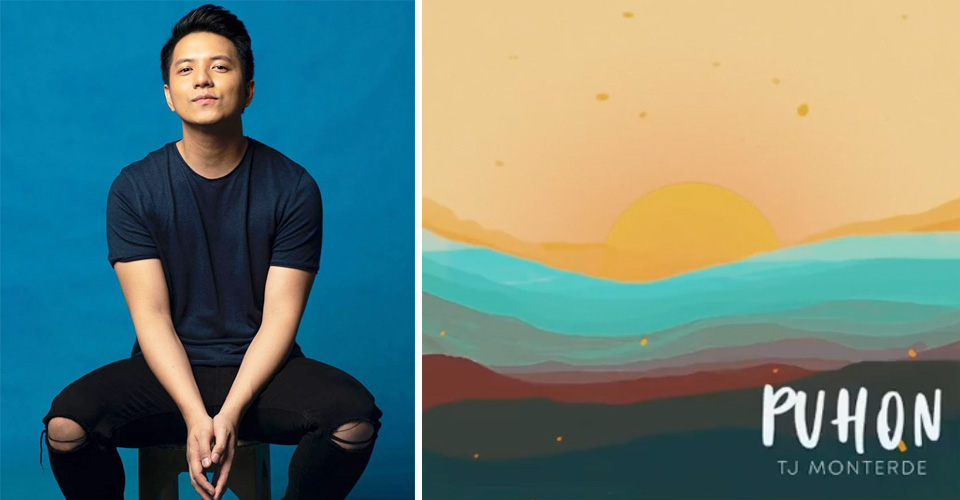 While the lockdown has slowed things down for many, PolyEast Records singer-songwriter TJ Monterde is still on a roll. His latest digital single, Puhon, easily became a hit online. The song was written as a love story that also aims to bring positivity as everyone begins to cope with the ‘new normal’. 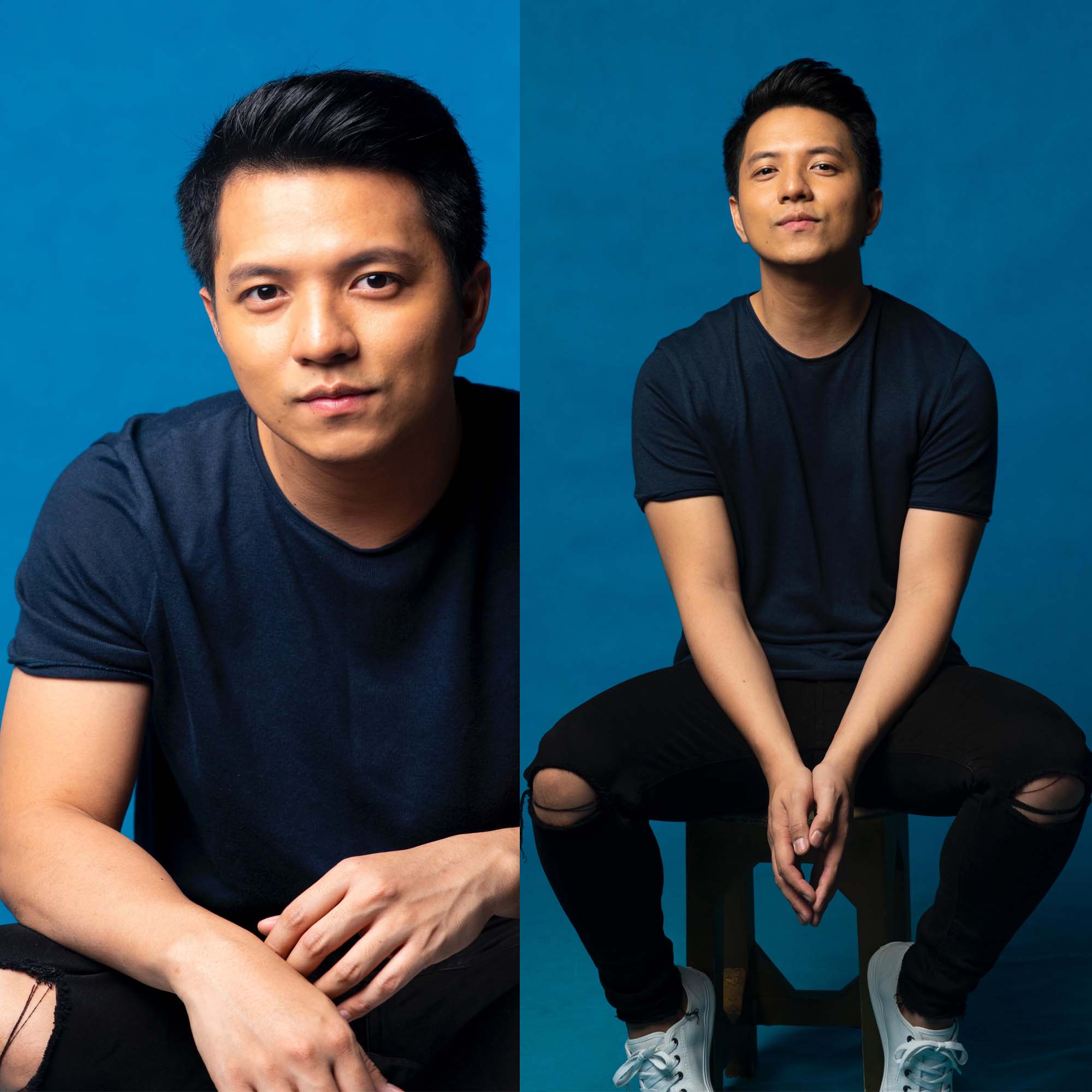 Unlocking potential while on lockdown

Aside from getting inspiration from K-drama series for his compositions, TJ also pushed through with long- distance collaborations with his fiancée, singer -songwriter KZ Tandingan. Early in the enhanced community quarantine period, the couple worked on an overnight song project through video calls. This was the one they released online inspired by the viral film experiment featuring John Lloyd Cruz and Bea Alonzo.

The same resourcefulness and creativity made it work for the release of TJ’s quarantine song, Puhon. With digital technology available, Puhon was created with the help of Chino David of Hale as musical arranger; Arnie Mendaros as back-up vocals and vocal coach; and mixed and mastered by Albert Tamayo.

Unlike his other songs recorded in a studio, TJ shared how Puhon became a home experiment. “Sa quarantine, kaya bang mag-release ng song? ‘Yun ‘yung naging experiment, naging challenge. Basta may mabilis kang internet. Nag-record ako, bato sa vocal coach, tapos balikan,” the passionate singer described in detail how he made use of things available onhand. Some of the home stuff he used were a simple mall-bought microphone instead of a studio-quality one and pillows and blankets for sound absorption.

Puhon means “someday” or “God’s time” in Bisaya. It’s a word that means something positive and a word that’s very special to Cebuano-speaking individuals. “With its mid-beat tempo, clean guitars and marimba accent in the chorus, it somehow feels so easy to listen to. The kind that you would want to hear while doing nothing, or just stare at the sky and just want to feel good. That’s actually the whole idea of the arrangement especially during these difficult times,” TJ added.

Puhon was written by TJ and talks about a guy who longs to be with a girl that he has loved for quite a while already, but the thing is, she’s out of his league. But no matter how much he tries to forget, his heart still belongs to the girl—hence, waiting for the perfect ‘puhon’.

Honoring his Visayan roots, promoting ‘hyperlocalism,’ and getting love from Tagalog listeners

Asked if he has plans of releasing the song in English or Tagalog, TJ could not hide the hesitation, “Parang gusto ko i-promote ‘yung Bisaya eh. Naging ano na rin siya, for me, parang responsibility ko na mag-release ng Bisaya songs every now and then because it’s my first dialect, my mother tongue. Need eh, sa’kin. Dapat makapag-release talaga ako ng ganito. Parang naging advocacy na rin especially to Manila listeners that there are a lot of Filipino songs that are really beautiful. Nakaupo lang sila sa Spotify.” He went on raving about other local kinds of music like Ilocano and Hiligaynon songs. He blurted at one point, “Kinikilig talaga ako sa fact that Tagalog people listen to it (Puhon). Most of the listeners nga dun sa Youtube comments are Tagalog-speaking individuals. They love song kahit hindi nila naiintindihan because it just feels nice. And that’s what music is supposed to be.”

Born and raised in Cagayan de Oro, Puhon is TJ’s second Bisaya single after Kung Siya Man which was released four years ago. “Surprisingly, even though it’s in Bisaya, a lot of people listen to it because of the total feel of the song. I wrote this song some three  years back, started with a chorus because that’s my basic writing process. I finished it during this pandemic while just looking at the sunset and hoping for better days,” TJ also added.

As we look forward to the coming days, TJ shared, “I miss doing gigs! I just miss the energy of the crowd so so so much. I mean, I’m thankful to do online gigs now, but the energy that an actual crowd throws you is just incomparable.”

“It is not easy, we must all admit that. If you feel like you are having a hard time, you are not alone. We are all new to this, and it’s a tough road ahead. But, we will all get through this together. There’s a light at the end of the tunnel, that’s for sure.” To date, TJ has released three albums and a handful of hit songs since his debut in 2014 which includes “Ikaw At Ako”, “Tulad Mo”, “Dating Tayo” and “Karera.”

Currently, Puhon’s lyric video has already reached 1 million views on YouTube after its debut in May 2020. Listeners may listen to the song on Spotify, Apple Music, Amazon and other digital platforms.

BONUS Blogcon highlights: TJ gave us updates on his wedding plans and other kilig tidbits about his relationship with KZ

TJ talks about recording at home and postponement of wedding plans

TJ shares the behind-the-scenes details of his marriage proposal

TJ shares how he got hooked to Korean drama during the quarantine. He gets inspiration for his compositions. 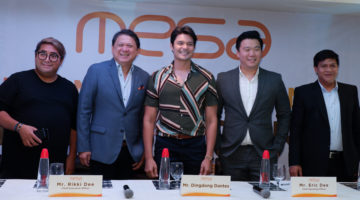