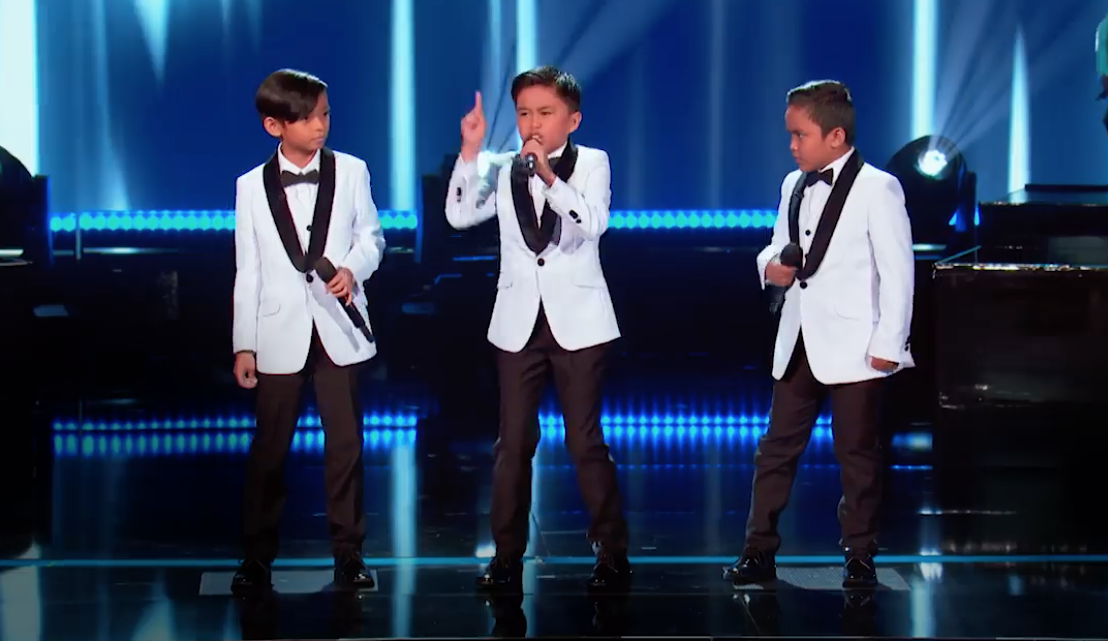 These biritero boys slayed every stage they’ve set foot on: from competing in Tawag ng Tanghalan at It’s Showtime, where they all started as amateur singers, to performing in shows such as Gandang Gabi Vice, Little Big Shots Philippines, and various concerts in the country.

From their very humble beginnings, the TNT Boys (Francis Concepcion, Mackie Empuerto, and Kiefer Sanchez) have finally conquered the international stage. Since then, they’ve already performed at Little Big Shots (UK) and most recently, in the Little Big Shots (US), where the show’s very own producer, Ellen DeGeneres nonetheless, gave them nothing but high praises. 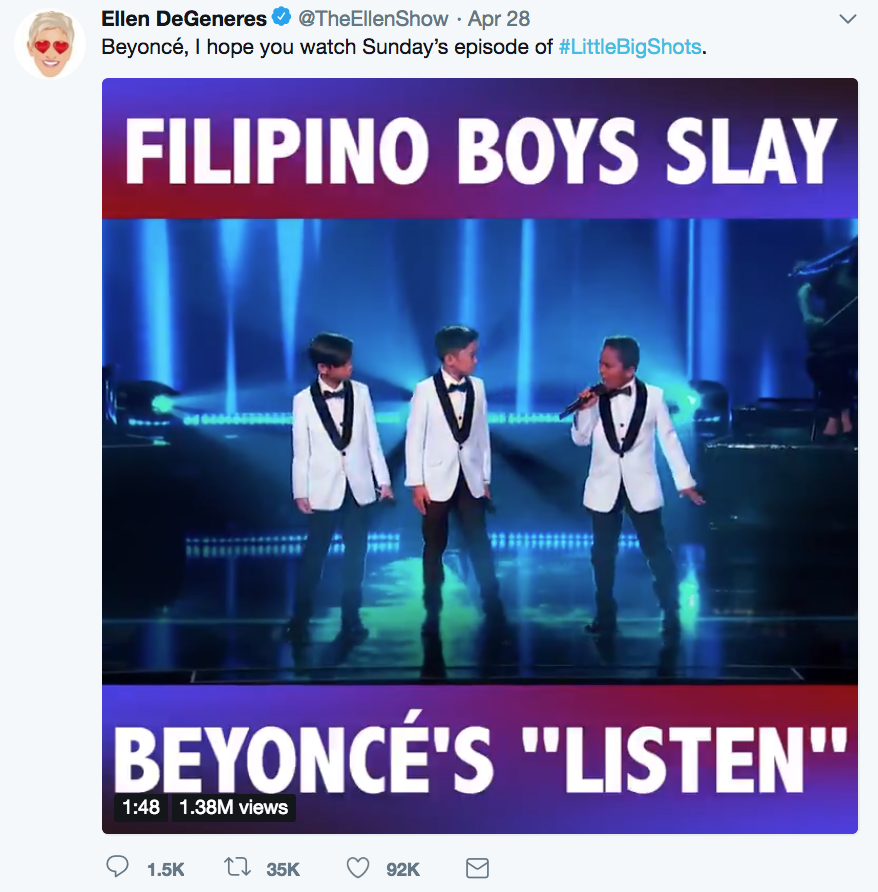 Francis, Mackie, and Kiefer first started competing against each other at the Tawag ng Tanghalan singing competition. As their ages, demeanors, and singing styles are comparable to each other, it is unquestionable why they look strong together on stage as a diva-belting trio.

To give a bit of history, Vice Ganda’s interview with the three in his show, “Gandang Gabi Vice,” started it all and it paved the way to unlock the boys’ potential as a group:

The trio later on performed in others shows while singing other big diva hit songs:

Here’s their performance at the Little Big Shots (UK):

Meanwhile’s here’s the performance that Ellen DeGeneres was raving about:

The trio will soon join the new batch of kiddie performers in the new season of ABS-CBN’s “Your Face Sounds Familiar Kids” and we’re excited to see what kind of entertainment these boys will bring to the show. 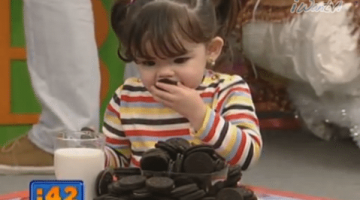