We’re happy to announce that Korean patisserie and bistro Tous Les Jours is opening in the Philippines soon! Yep, its pioneer shop at SM North EDSA’s The Block will open its doors to the public on November 11, 2011.

The bakeshop chain has long been at the forefront of Korean pop culture phenomenon. It has been featured in the KBS teen drama series Dream High, and it has also come up with highly successful advertising gimmicks in the past. For instance, check out Korean heartthrob Won Bin’s “Magic of Love” poster below, which was made for the bakeshop’s White Day promo.

See, in Korea, females celebrate a holiday known as White Day, a special day observed on March 14, (a month after Valentine’s Day) wherein females give chocolates to guys, usually as an expression of love 🙂
“Tous les jours” means “everyday” in English, but the bakeshop certainly doesn’t make run-of-the-mill goodies. We daresay they fall more under either “cute” or “heavenly” categories 🙂 Check out some of their creations below:
Okay, so we still can’t make head nor tails of why this true-blue Korean pastry giant chose to bear a distinctly French handle, but let’s not dwell on the trifles. Who doesn’t love quaint, polished, European-looking edifices with Hangeul (that’s the Korean language) letters scribbled across their façade? Tous Les Jours totally reminds us of those beautiful places where they shot Korean dramas like Only You and 49 Days (sorry we are thinking of The Paris Baguette, a competitor. Lol.).Tous Les Jours has been serving fresh-out-of-the-oven delicacies in Korea since 1996. It has seven stores in California, and more than 1,400 stores all across the world. We’re looking forward to the opening of its first store in Manila! 🙂
See also  Contest Alert: TECNO Mobile opens the 2021 Movie Masters Program Short Film Competition for aspiring filmmakers 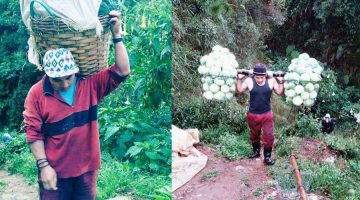