Winwyn Marquez is 21 weeks pregnant; raves about 2 gifts she got this Christmas

Just a few minutes ago, Derek Ramsay  revealed on Gandang Gabi Vice that Kapuso and multi-slashie Solenn Heussaff is his TOTGA, The One That Got Away (the film revolved around this).  Last night, in his Bottomline with Boy Abunda interview, the Ex with Benefits lead star also said that Solenn brought out the best in him. Wow, that says a lot about the kind of relationship they had and the kind of girlfriend his ex was. 🙂  Solenn is now happily engaged to her Argentine boyfriend, Nico Bolzico. She and Derek were in a relationship when she was just 16 years old.

Just a bit of a trivia, we recall that years back while reading Cosmo magazine, we noticed the Arabic text tattooed on Derek’s abs (yes, one of us can read Arabic!). 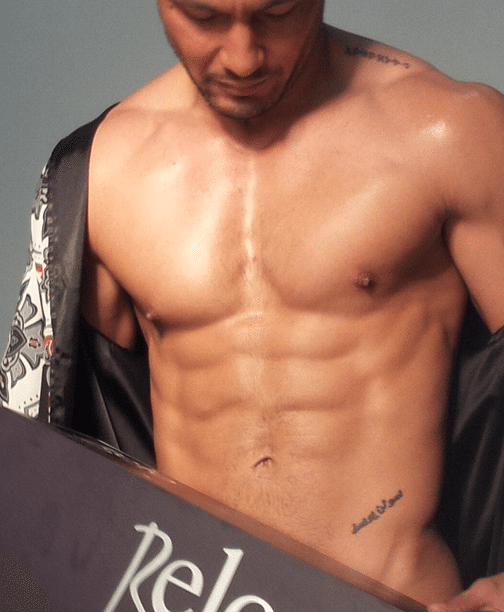 That was how we found out he and Solenn were previously together. 🙂 In 2010, it was also pointed out in Showbiz News Ngayon. We don’t know if he had it removed now. 😉 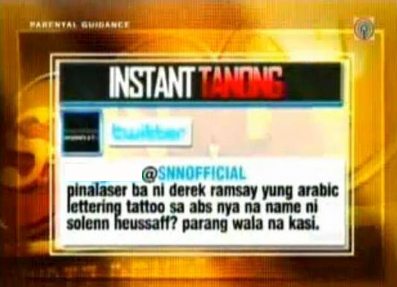 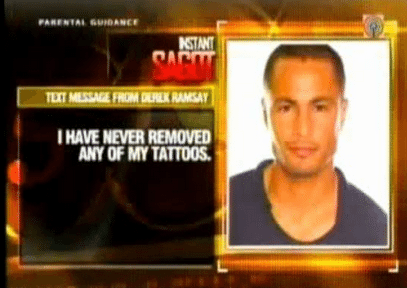 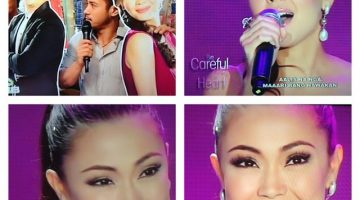