ABS-CBN continues to expand its reach beyond local borders, with Spanish-dubbed versions of its top-rating teleseryes “Kadenang Ginto” and “A Love to Last” now airing on various Latin American TV networks.

The series centers on the bitter rivalry between Romina (Gonzalez) and Daniela (Romana) over the tycoon Robert Mondragon’s wealth (Martinez). As their lives become entwined once more, their daughters Cassie (Diaz) and Marga (Brillantes) are drawn into their feud to fight for the right to be the Mondragon business empire’s heiress.

Meanwhile, ABS-CBN primetime series, “A Love To Last” (“Un Amor Duradero”), is currently airing in Latin America on Panamericana TV in Peru and on pay-TV via the 24-hour telenovela channel Pasiones TV.

The romantic-family teleserye, which stars Ian Veneracion, Bea Alonzo, Iza Calzado, Julia Barretto, JK Labajo, Enchong Dee, Hannah Lopez, and Ronnie Alonte, centers on Andeng (Alonzo) and Anton (Veneracion), who both fell in love the second time around following failed relationships. Andeng now faces the challenge of developing a meaningful bond with Anton’s children as their young stepmother while fending off his ex-desperate wife’s attempts to destroy their relationship.

Other ABS-CBN telenovelas had previously been a runaway success in Latin American countries Peru, Colombia, Ecuador, and the Dominican Republic, including “Pangako Sa’Yo” (“The Promise”), the 2015 remake of ABS-CBN’s popular telenovela about Yna and Angelo’s love story amid heavy tensions among their families. Apart from being embraced in Latin America, the telenovela also received international acclaim, with one of its stars Jodi Sta. Maria getting nominated as Best Actress in the 2016 International Emmy Awards for her performance in the series.

See also  'Revival King' Jojo Mendrez pays tribute to Julie Vega | Is he reviving 'Somewhere in My Past?

Since ABS-CBN started distributing its content in Latin America in 2016, it has already sold over 2,000 hours of content in the region, and on top of that, a scripted format deal in Mexico for “The Promise.”

Along with its successes with Latin American audiences, ABS-CBN shows enjoy large following in Africa and Asia, with “Bagong Umaga” airing in 41 African countries and “La Vida Lena” and “Huwag Kang Mangamba” airing in Myanmar, among others.

ABS-CBN has been a premier source of high-quality Filipino programming in over 50 territories worldwide and has sold over 50,000 hours of content worldwide. Living up to this recognition, ABS-CBN International Distribution commits to add to its line-up of high-caliber programs and movies with cast and storylines that appeal to various cultures. 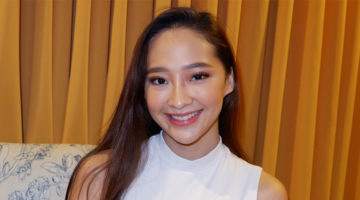