Vice Ganda is not only unkabogable, he is unstoppable. Just when you thought he’s done conquering media platforms, he continues to spread his reach and influence. Coming from the success of his new online network’s numerous contents, Vice reaches another milestone as Netflix picks up several of his blockbuster movies for streaming in various countries.

Sisterakas (2012), The Amazing Praybeyt Benjamin (2014), Beauty And The Bestie (2015), The Super Parental Guardians (2016), and Fantastica (2018) are now part of the top streaming platform. The iconic characters that Vice has played in these movies make up his multifaceted persona.

While he is really fun and lively in real life, Vice’s movie characters also mirror his early journey to stardom: the struggles, the identity crises, the need for acceptance in a less than tolerant world. In many of his movies, Vice shares a facet of his life and allows the audience a peek into what it is like to be in his shoes, even for just a short while. That is why his roles fit him to a T. He eases into the stories with seamless fluidity, because he has lived all these personalities at one point in his long trek to success. The pieces of his characters, when put together, form Vice Ganda.

At a time like this when things are uncertain, comic relief goes a long way. Vice Ganda might just make your day.

Check out this list of VG film trailers. Full films are now streaming on Netflix:

See also  LOOK: Angel and Anne team up with Bea and Dimples, 'Shop and Share' earns over Php700K on first day 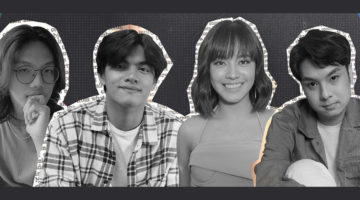