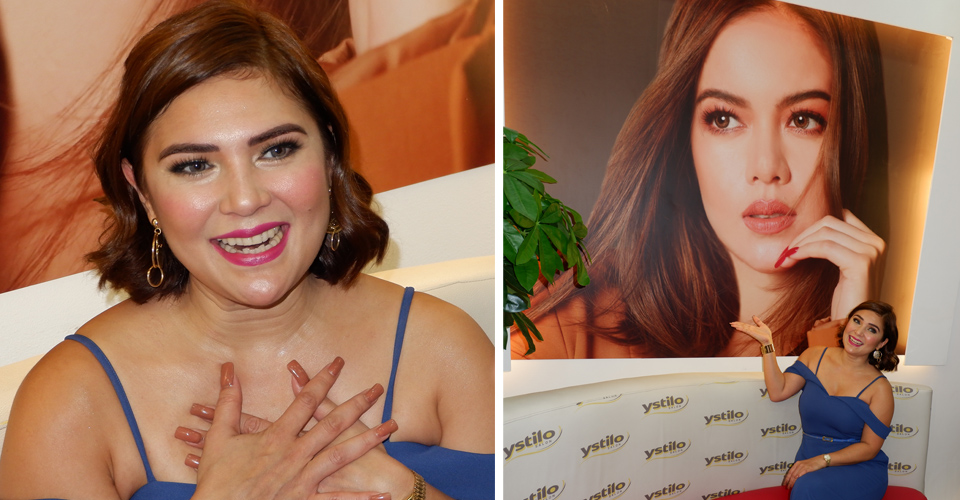 Kapamilya singer-actress-entrepreneur Vina Morales is proof that success in multiple fields can be achieved. While keeping a busy career in showbiz and being a mother to Ceana, her family-owned Ystilo Salon is now celebrating two decades in the beauty industry. Last September 8, the 11-year old Festival Mall branch of Ystilo was relaunched in a new area. After renovation, it is now located at the second floor.

Ystilo Salon is a modern Spanish salon concept envisioned by sisters Sharon Magdayao a.k.a  Vina Morales and Sheila Magdayao. It started back in 1999 when the Magdayao sisters decided to make their dreams a reality by starting a salon with a concept to keep all the clients in style.

Vina Morales was the face of  Ystilo Salon back then. The younger sister Shaina Magdayao eventually became another image model for the younger generation of Ystilo patrons. Working behind the scenes and managing the operations are Vina’s sister Sheila and Sheryll Magdayao.

Vina continued and thanked her sisters Sheila and Shaina for being hands-on and very supportive.

“Sa trabaho, ganun din ako. Mahal ko kasi ang trabaho ko kaya siguro nagtatagal nang ganito. I think it’s really love for your work and for your craft para magtagal in any kind of business,” Vina’s explanation on why she remains active and relevant in showbiz.

Vina is thrilled that she gets to sing and act at the same time in her upcoming project. She is part of the historical musical film Damaso as Sisa, the iconic character in Jose Rizal’s Noli Me Tangere. Sisa is the deranged mother of Crispin and Basilio, a representation of the motherland during the time of the Spanish regime. Playing Damaso is Arnell Ignacio. The movie is being directed by Joven Tan.

Aside from the big screen, we are expecting to see more of Vina on TV as she stars in ABS-CBN’s newest series Sandugo. She plays Cordelia Balthazar, the adoptive mother of Aljur Abrenica‘s character. Vina’s taking on the role was influenced by her friend Aiko Melendez who encouraged her to accept the role. Aiko could not accept the project during the election period as she helped out in her boyfriend Jay Khonghun’s political campaign.

Vina talked about more topics in this full interview. She opened up about her lovelife and dating status and was asked about her willingness to work with John Lloyd Cruz whose comeback is being talked about. JLC is her sister Shaina’s ex-boyfriend. 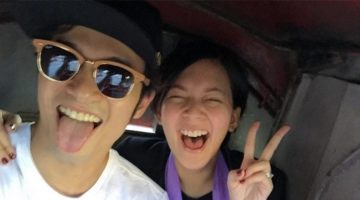