Too Hot: Man on a Treadmill Dances to Uptown Funk

When I first saw the Disney animated film Moana back in December 2016, I’ve always wondered why it didn’t really became a big hit as compared to its other contemporaries such as Tangled and Frozen. It had almost the same blockbuster elements though: a courageous and charming Disney princess; a mix of drama, grit, and humor in its plot; a message of hope, dreams, family, and love. And yet, it still fell short in popularity.

Fortunately, two months after the movie’s international release, it still is gaining momentum (and recall!). Thanks to its catchy movie theme song “How Far I’ll Go,” it’s getting more and more popular now on social media, especially among young kids.

Watch this father and daughter viral duo (Dave and Claire Crosby) sing “How Far I’ll Go” together with singer-actress Auli’i Cravalho who was the voice of Moana in the film. How cute is this?!

See also  Watch: Maine Mendoza Sings Her Composition 'Imagine You and Me' for Upcoming AlDub Movie 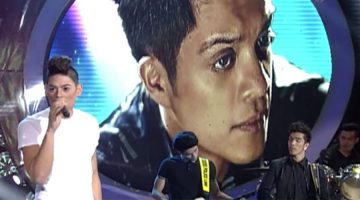