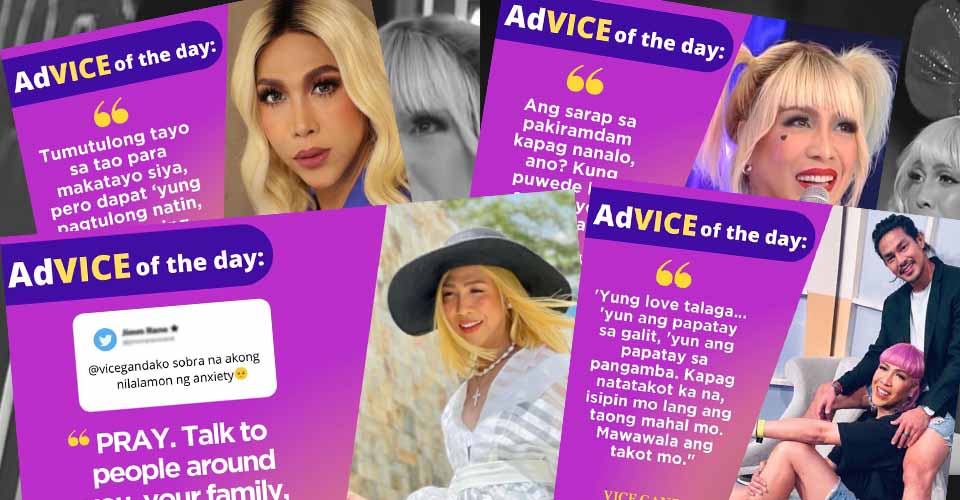 “Of course, nandiyan ang harutan at kulitan sa ‘It’s Showtime’ at ‘Everybody Sing’ pero kailangan din natin magbigay ng inspirasyon at positive good vibes sa mga nanonood,” the phenomenal and unkabogable host and comedian Vice Ganda said after his “AdVICE of the Day” memes went viral. The It’s Showtime host immediately added that a lot of people contributed to helping him become who he is today and he’s passing on the kindness to others.

Vice made sure he did not take all the credit in gaining all the wisdom he has now. He said, “Marami rin ako natutunan sa mga kaibigan ko at mga kasama ko sa work at sa family ko at sa mga contestants ng ReINA ng Tahanan so masaya kasi give and take ang learning process.”

Random Update on Everybody, Sing!

Vice Ganda’s voice broke as she couldn’t help but turn emotional when the songbayanan of factory workers won the P500,000 jackpot prize in ABS-CBN’s “Everybody, Sing!” on Sunday (August 29).

Vice explained that Harra, one of the contestants, moved her so much that she felt the songbayanan deserved to win. Harra shared on the show that she was retrenched and is now struggling to make ends meet as they are nine in the household. Because of their difficult situation, sometimes Harra’s mother skips meals just so her children could eat.

Meanwhile on Saturday (August 28), Vice Ganda transformed into Hello Kitty and got to know the songbayanan of flight attendants who took home P35,000 in the jackpot round. They shared with Vice that their profession isn’t just all about glam as they also need to be patient and learn how to deal with different people from different cultures.

This weekend (September 4 at 5), witness the community singing of the tourism sector and stage performers. Will luck be on their side? Find out in “Everybody, Sing!” hosted by Vice Ganda and featuring the resident band Six Part Invention every Saturday and Sunday at 7 pm on A2Z, Kapamilya Channel, Kapamilya Online Live, iWantTFC, at TFC.

Additionally, for Pinoys in the US, catch Vice Ganda’s concert in Pechanga this October: 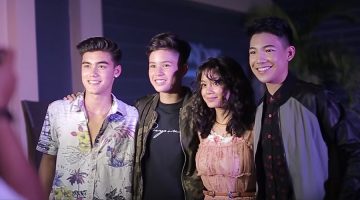