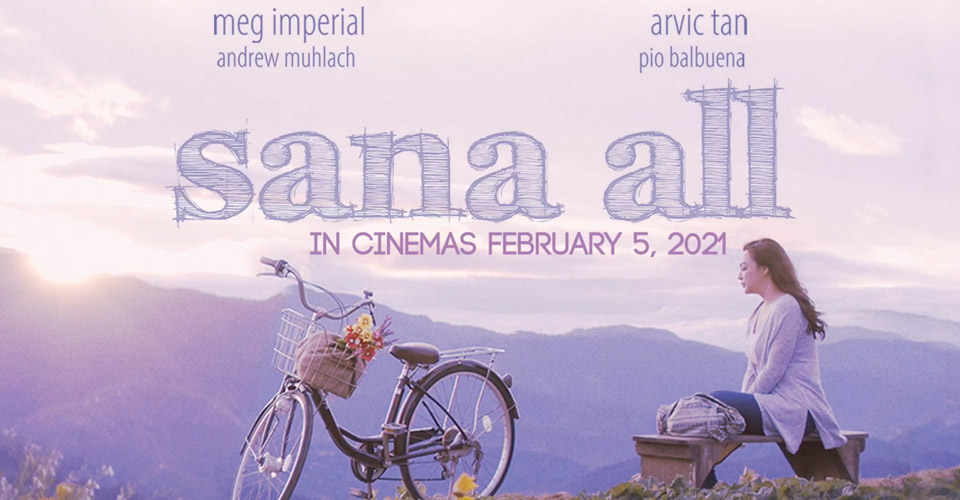 Viva Films, in cooperation with BluArt Production, presents the fresh team-up of Meg Imperial and Arvic Tan in “Sana All”, a movie that features Adams, one of the scenic gems of Ilocos Norte, and its exotic and intoxicating rice wine, the tapuey.

Meg Imperial plays Iyam, granddaughter of Lola Ingga (Lita Loresca), a renowned tapuey maker in the town of Adams.  Iyam is about to take over their tapuey business, but the wine that she makes doesn’t meet her grandma’s standard.  Lola Ingga points out that it lacks an important ingredient, and that’s passion.

Lola Ingga knows that Iyam is capable of producing sweet tapuey because she had done so in the past.  Lola Ingga and her grandson Timo (Pio Balbuena), Iyam’s cousin, are convinced that Iyam will regain her passion for tapuey-making if she falls in love.  But Iyam will not hear of it.

Arvic Tan plays Syd, a guy from Manila who, together with his friend Joan (Andrew Muhlach), is on a quest for the sweetest tapuey.  His search leads him to Adams where he meets Iyam for the second time.  Syd, Joan, Iyam and Timo have already crossed paths while on a short visit to La Union.

Syd’s presence undeniably brings spark to Iyam’s life, to the delight of Lola Ingga and Timo.  But just as Iyam has started to take a risk in love, she discovers that Syd has other motives for trying to win her heart.

Being able to explore Adams and learning about people’s culture in the North were the top reasons why Meg was excited to take the lead role.  It’s also an opportunity to work with Arvic after so many years.  In 2011, they both starred in “Bagets: Just Got Lucky”, a series that aired on TV5.  In 2013, Arvic was also part of Meg’s launching movie, “Menor de Edad”.

Meg’s performance in that movie earned her a nomination for New Movie Actress of the Year at the Star Awards for Movies.  Three years later, she was nominated for Best Supporting Actress at the FAMAS Awards for the movie “Higanti”.

This time, it is Arvic who is being launched as a leading man.  He has worked opposite Bela Padilla in “100 Tula Para Kay Stella” and Nadine Lustre in “Indak”. 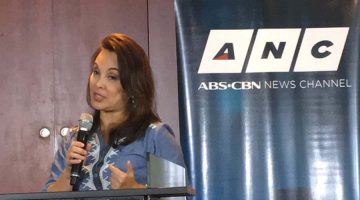