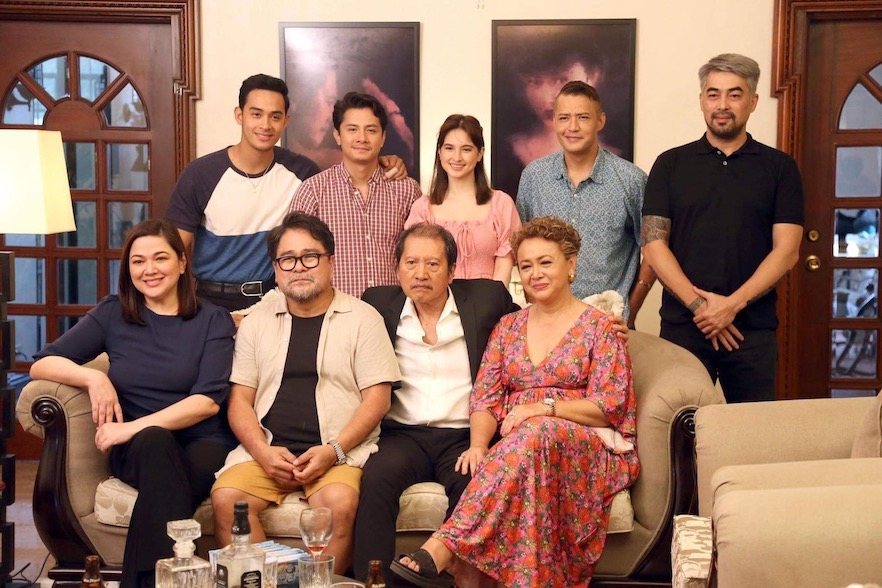 The story of “Ibong Adarna,” where three princes go after a magical bird whose marvelous voice could heal their father, has inspired many adaptations over the years, be it in cinema, television, or stage production.  Though the hunt is just one aspect of the whole narrative, it is exciting to watch, especially with the bird’s cunning escape.

From Viva Films comes “Adarna Gang”, which also involves hunters and preys. However, the pursuit plot of this movie is motivated by two things: revenge and thirst for power.  In place of the three princes are three men being honed to become crime syndicate leaders.  Instead of a healing bird, there’s a grieving daughter.  Now, who is out to get who?

Coleen Garcia plays Adriana, the unica hija of Jose (Soliman Cruz) and Maria (Mickey Ferriols).  Adriana is aware that her father is involved in a syndicate although they don’t talk about it.  She’s looking forward to a provincial life that her father has promised, but this dream is shattered when Jose gets killed.

JC Santos plays Juan, one of the three adopted sons of Fernando (Ronnie Lazaro), the syndicate’s big boss, and his wife Valeriana (Sharmaine Buencamino).  Compared to his two brothers, Juan is quite laid back.  Knowing that their fathers are friends, he also tries to befriend Adriana.

Diego Loyzaga plays Diego, the youngest in their family.  He’s a top womanizer, but still has a lot to learn in running the syndicate.  Still, he follows orders and tries to get things done.

Mark Anthony Fernandez plays Pedro, the eldest son and the most ambitious of all.  He will not hesitate to get rid of anyone who he thinks is a threat to the syndicate.

Certain that Fernando’s family is behind the death of her father, Adriana vows to eliminate them one by one.

Meanwhile, just like in the centuries-old Philippine folklore “Ibong Adarna”, Juan, Diego, and Pedro are sent out to go on a hunt.  Whoever captures Adrian first will be greatly rewarded.

“Adarna Gang” can be streamed on Vivamax this March 11, but you can also stream it in advance via Vivamax Plus, Viva’s newest pay per view service.

This is the return of Coleen Garcia in the acting scene since she gave birth to her first child.  She last starred in the movie “Mia” in 2020.

Santos’s previous movies under Viva, “More Than Blue” was a big success.  In 2021 alone, Loyzaga starred in five Viva movies, starting with “Death of a Girlfriend” and recently we witnessed his acting prowess in “The Wife”.  Fernandez has three films showing on Vivamax, including “Barumbadings”.

“Adarna Gang” is obviously filled with a cast of notable actors who take pride in their work. Don’t miss their powerful performances, and find out which characters will take flight and whose world will come crashing down.

To stream “Adarna Gang”, go to web.vivamax.net or download the app and subscribe via Google Play Store, App Store, or Huawei App Gallery.

For active subscribers, you get to access VIVAMAX PLUS. This special feature gives you a chance to stream your chosen movie one week in advance from its regular playdate with price starting at 99 pesos.

Watch all you can on Vivamax for only P149/month and P399 for 3 months for bigger savings.  A 3-day access to Vivamax at a hot price of P29 is also available.

In UAE, Saudi Arabia, Kuwait, Oman, Bahrain, and Qatar, Vivamax can be accessed for only AED35/month.

In Europe, Vivamax can be enjoyed for only 8 GBP/month. 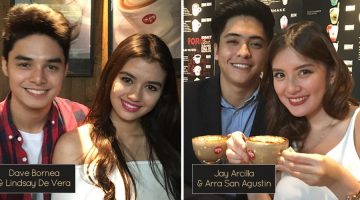