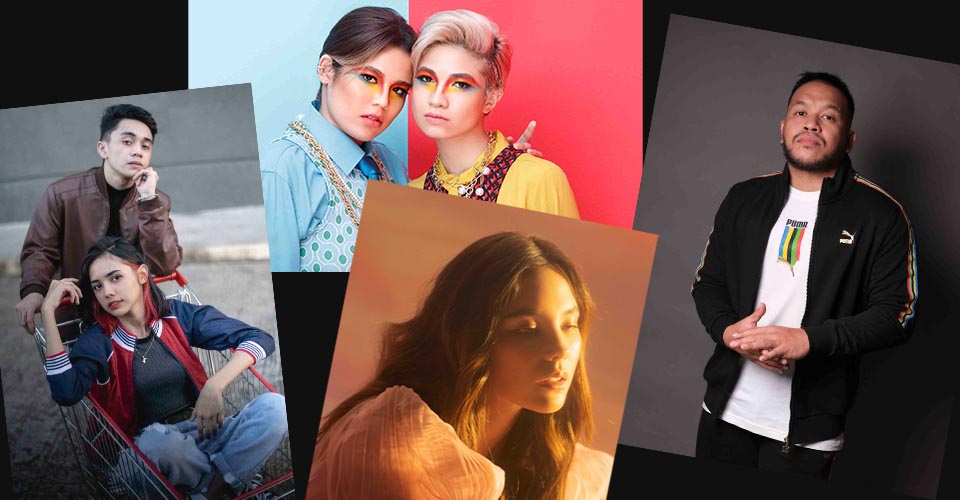 Warner Music Philippines (WMP) officially launches GLOPM or Global Pinoy Music, a collaborative movement which strengthens its global effort to promote Filipino music. The campaign aims to showcase Pinoy musicians through borderless platforms while creating opportunities for them to team up with other artists around the world.

WMP is pairing domestic talent with Filipino producers and/or Fil-Global artists through GLOPM. The initiative aims to be a leading source of original and diverse Filipino music, with tracks that reflect the culture and shared experiences of every Filipino. With this, WMP makes it possible for domestic and international musicians to learn from each other, as well as create music that will resonate with Pinoys across the globe.

WMP A&R Manager Kelley Mangahas explains that GLOPM is an initiative to provide more opportunities for Filipino artists’ music to be heard while also assisting them in elevating their sound. “GLOPM aspires to make Filipino artists be felt, seen, and heard on the world stage,” says Mangahas. “WMP will be utilizing its resources as a record label and leveraging global expertise and knowledge in music production into Philippines.”

GLOPM has launched its first set of releases. Indie-pop duo Leanne & Naara collaborated with internationally acclaimed producer August Rigo, who is known for his work with Justin Bieber, Chris Brown, Sean Kingston, and BTS among many others, for the single titled “Anticipation.”

“We’re always open to working with different producers but I guess the excitement reeled in when we found out that August also has Filipino blood. He’s got some really big names that he’s worked with under his belt but the funny thing is it never felt like it at all. He’s a straight up cool guy, and very easy to talk to. Off the bat we understood that he does it for the love, and that passion together with our openness made the process easy,” says Leanne.

“It is such a privilege to work with such a talented and hands-on producer like August. Brian Lotho, our debut album producer, has also worked with him before. We are very familiar with his excellent work with Justin Bieber, Chris Brown, BTS, and many other amazing artists,” Naara adds.

“Leanne & Naara have really great voices which is what I look for first in an artist. Deeper than, that I heard progression and forward movement in listening to their previous projects which I really loved. I wanted to be a part of their evolution because I loved where they were going with the direction of their music,” says Rigo. “Working with Leanne & Narra had no hurdles at all. They sent me a couple of songs and they were all dope but I heard a vision for ‘Anticipation’ immediately. I sent them voice notes of me fiddling with the chords to show them the musical direction and they loved it so I went ahead and did some rough production. After I got their awesome vocals back I hit up my boy Ricky Tillo from Lady Gaga’s band to lay down some guitars which really rounded out the track and made the sonic complete. Now here we are.”

reon on the other hand, recorded “Back To The Times” with Grammy-nominated record producer Xerxes Bakker who worked with Maroon 5, Snoop Dogg, Imagine Dragons, Cee-Lo Green, Ella Eyre, Tungevaag, and Quintino.

“We feel honored to work with Xerxes who’s been in the industry for quite a while plus he’s someone who worked with a lot of great artists. We thought of how big of an opportunity that is and we were looking forward into working with him when our A&R first introduced us to him,” says reon. “When we first met Xerxes, we were kind of intimidated because of the fact that he’s a foreigner and being this multi-platinum producer we thought that maybe he’s gonna come off strict and intimidating. But when we got to know, it turns out that he’s a really fun, humble and goofy guy. Not just that, he’s also very open-minded and very careful in improving our sound. He made our song so much better. 10x better to be exact.”

See also  'Born For You' Media Day with Elmo and Janella; Primetime Series to Air on June 20

Xerxes is equally raving about reon, “They gave me a pure and contemporary indie-pop vibe. They have such great voices combined with inspiring lyrics and melodies. Mega talents. We went effortlessly through the song. The aesthetic state of ‘Back To The Times’ gave me so much inspiration. I just needed to enhance the beautiful essence of the demo.”

“Good Old Days” reveals bittersweet truths about living–or surviving–in the “new normal.” Quest makes sure that we’re both looking at the world by also looking inward—revelling in nostalgia, embracing the present, and still looking forward to the future.  When asked what the song has taught him in terms of putting himself in that nostalgic headspace, Quest states, “That you can take that good feeling you had in the past and find it again in the future. Or better yet, create it. I truly believe life will only get better and it’s always up to us and how we respond to our every day. Life will always be filled with good and bad moments, people, opportunities. I guess I have learned to magnify the good and learn from the bad. The moment I embraced my life with all my strengths and weaknesses that’s when I’ve learned to celebrate every moment given to me. I maximize what I currently have. Stay grateful in the now. But also aim to grow and succeed along the way.”

Warner Music Philippines also welcomes Catriona Gray as the newest addition to the GLOPM roster who wrote a song titled “Love Language” which is recorded in collaboration with prominent Australian producer Cabu.

“This is a new chapter in my life as an artist and I am honored to be a part of Warner Music Philippines’ GLOPM initiative as this movement features aspirational talent of Filipinos in the field of music. ‘Love Language’ is my first foray of songwriting and it felt like such a perfect collaboration to work with Cabu for this single,” says Catriona.

“We feel positive and hopeful with GLOPM, and the months to come are very exciting. We are looking forward to sharing the work of our amazing artists as well as the producers they collaborated with,” says Ismail. 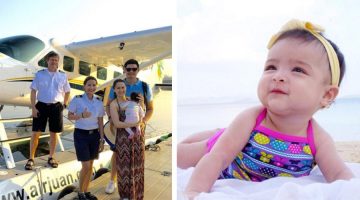