WATCH: Miss Philippines and Miss Colombia React to the Wrong Announcement of Winner 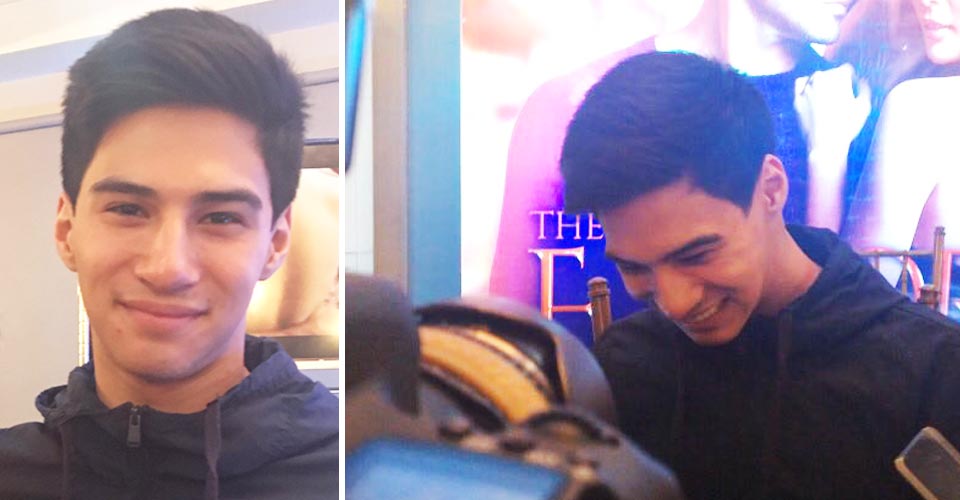 Right after the bloggers’ conference for Regal Films’ upcoming movie The Escort (starring Lovi Poe, Derek Ramsay, and Christopher De Leon), we (the bloggers) immediately interviewed Kapamilya actor Albie Casiño about his personal life and career. In The Escort, Albie plays the role of lead actress Lovi Poe’s best friend in the story. After briefly talking about his other Regal Films project entitled Puwera Usog with Joseph Marco, Sofia Andres, and Eula Valdez, a member of the press pointed out how pleasant (maaliwalas) Albie’s current aura is. He was then asked about his love life but was obviously hesitant to get into details. Albie later revealed that he’s dating someone non-showbiz and said, “My personal life is in a good place right now.” He soon added, “Ayoko nang mag-showbiz [girlfriend] after the whole ordeal. Dun na tayo sa non-showbiz” This statement led to the most recent issue involving him – the revelation that he is not the father of Andi Eigenmann’s daughter Ellie. It can be recalled that he was identified by Andi as the father in 2011 but he has consistently denied the claim.

Here are the highlights of our interview:

What lessons did you learn from what happened in the last few years, ‘yung mga revelation, vindication? How did you feel?

A: I learned those lessons a while back, when it all hit the fan. Listen to your parents, they know what’s best for you, even when it comes to girls. If something seems too good to be true, it probably is too good to be true. Stuff like that. Lessons I’ve learned from the revelation, nothing naman. I don’t think I can learn anything from that.

Medyo relieved ka ba after you heard that your name is safe already?

A: I was asleep. Someone woke me up and said, “I got good news for you, check this out. She showed me, it was Fashion Pulis on Twitter, I think. I don’t have a Twitter [account] so I didn’t see it. So, I read it lang and went back to sleep. [Laughs]  I like to sleep.

A: She was super happy about it. I never really understood how much that ordeal affected her until I read the PEP article she did. Only when I read that I realized how much it affected her. Kasi for me, when that issue came on, I brushed it off eh. I’m very good at shoving bad experiences down. I try to not let it affect me. But then, I realized that eventually, it’s going to come up and do more damage to you.

A: I don’t think anyone can win in that situation. There’s no winner there. It’s just whatever happens now, bahala na sila ‘dun. Wala na akong pakialam.

During those times, your mom was very, very supportive sa’yo. Siya ang defender mo talaga. What did your mom tell you when the news broke out?

A: Lahat naman ng nanay defender eh. She was just so happy. We all knew it. That’s why everyone’s asking me, “How do you feel now that the truth is out?” I knew this. It’s not new to me. I already knew it.

Prior to it coming out on social media, you had no information? You had no personal talks with…?

A: Everyone was asking me about lukso ng dugo, I never had any of that.

You said before that you were okay na?

A: Okay, real talk. I just wanted to be civil with her. ‘Cause I was never sure, I asked for the DNA test but I had a feeling it wasn’t my baby. But I was never sure. So I just wanted to be nice. I’m just a nice guy in general. I wanted to build a good relationship just in case, just a Plan B, just in case it was actually my kid. Like, “Oh you know, that’s my kid, I can hang out with him, whatever.” So we would be on good terms. But now, I don’t have to worry about that. I wasn’t sure Just in case that it was actually my kid. So we would be on good terms.

See also  On the Road Again: One Direction Performs "What Makes You Beautiful" 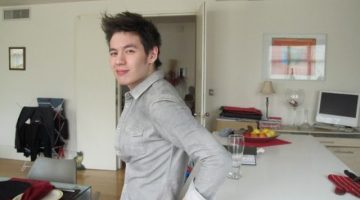