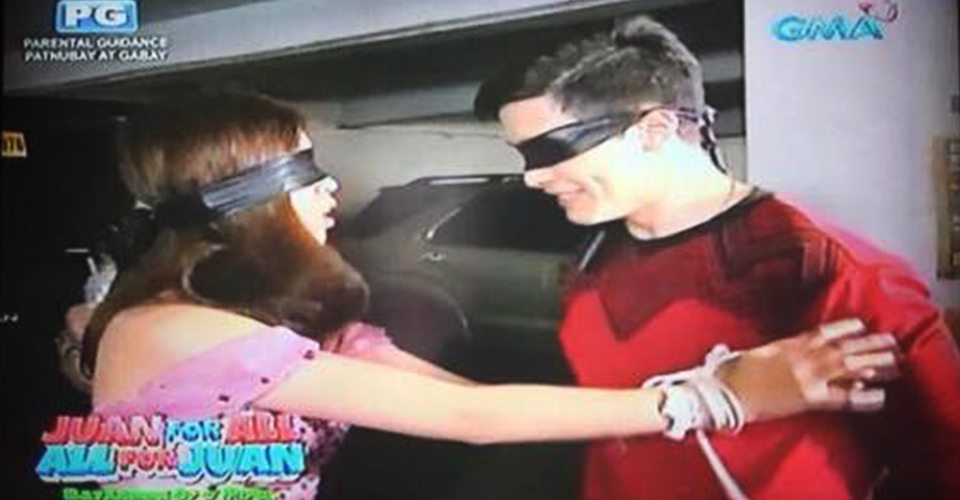 Twitter is currently exploding as fans still can’t get over how kilig today’s episode was. As soon as I woke up this morning, #AlDubTheAbduction was already topping the Twitter trends. Some are saying today’s hashtag will possible topple over the most used hashtag in 24 hours, #Love Wins, with more than 6M tweets. #LoveWins trended when the US government legalized same-sex marriage in all of its states. We’ll see if our little community of AlDub-crazed fans can beat that. After beating the Papal visit’s record with almost 6M AlDub-related tweets, we can never underestimate the fanbase 😉

THE SECOND MEETING (Watch the video below) 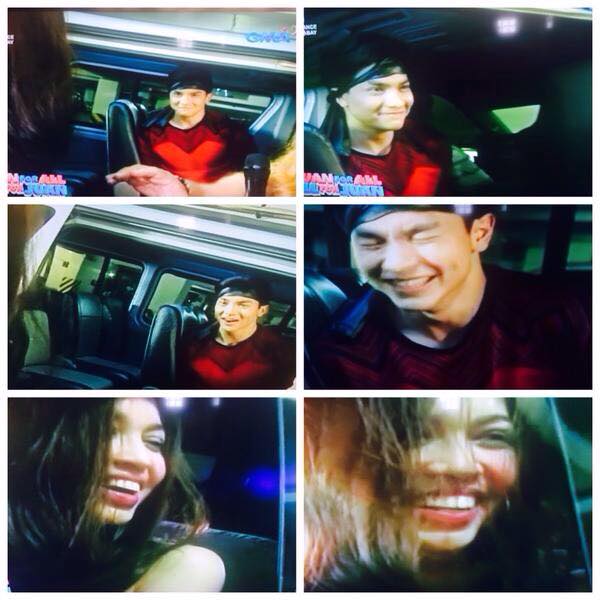 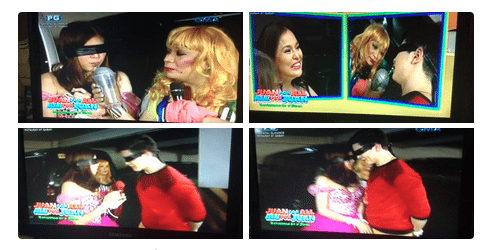 Duhrizz, Wally Bayola’s character, played around with the two. Duhrizz misleads blindfolded Alden and Yaya Dub to go to different directions but the two still managed to bump into one another. 😉 They were also made to drink iced coffee through the same straw. It was crazy how you can hear the studio audience wildly screaming. 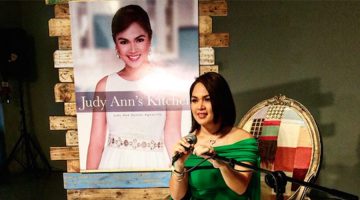