Real Talk From a Wallflower 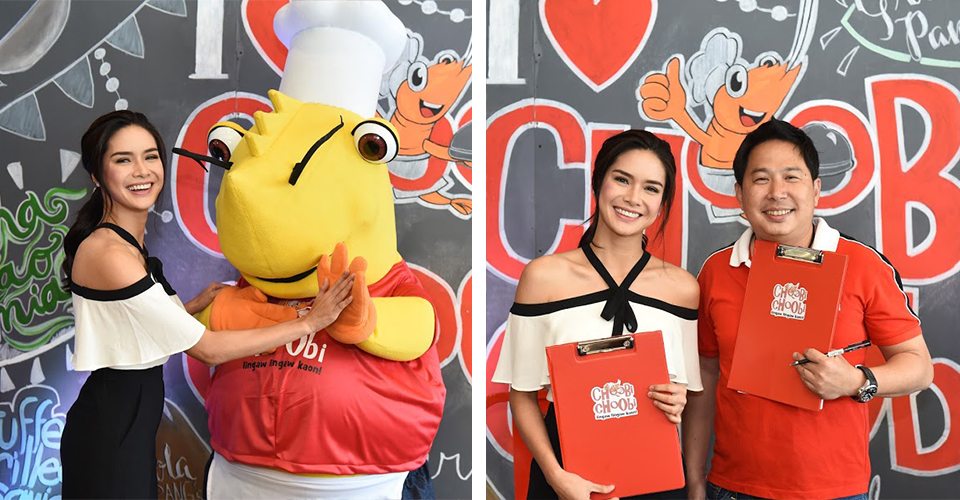 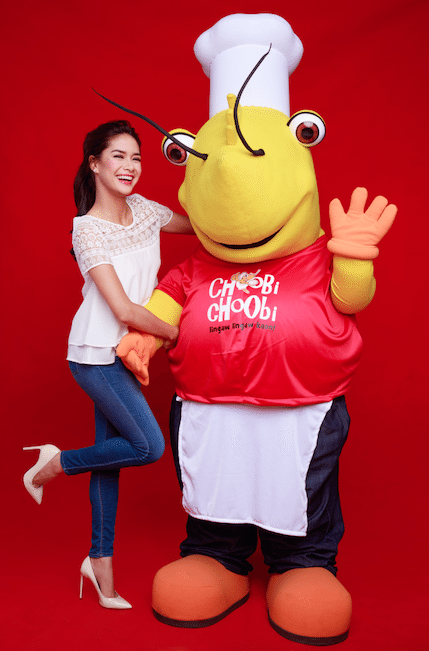 Erich Gonzales was said to have been chosen as the restaurant’s celebrity endorser for her refreshing and vibrant personality. The brand team shared that just like Choobi Choobi, Erich values her faith and is proud to be Filipino—a great fit for a restaurant that focuses on preparing Filipino comfort food. Watch her video feature below.

Here are some snapshots from the jampacked event and check out my dining experience:

Photos were taken by Random Republika and Casa Camon via Ryan Ong.

Choobi Choobi owner Stan Tanchan. It was his dream is to provide Filipinos with export-quality shrimp at local prices. He’s been maintaining his shrimp farm for over 20 years and this eventually led to opening Choobi Choobi. 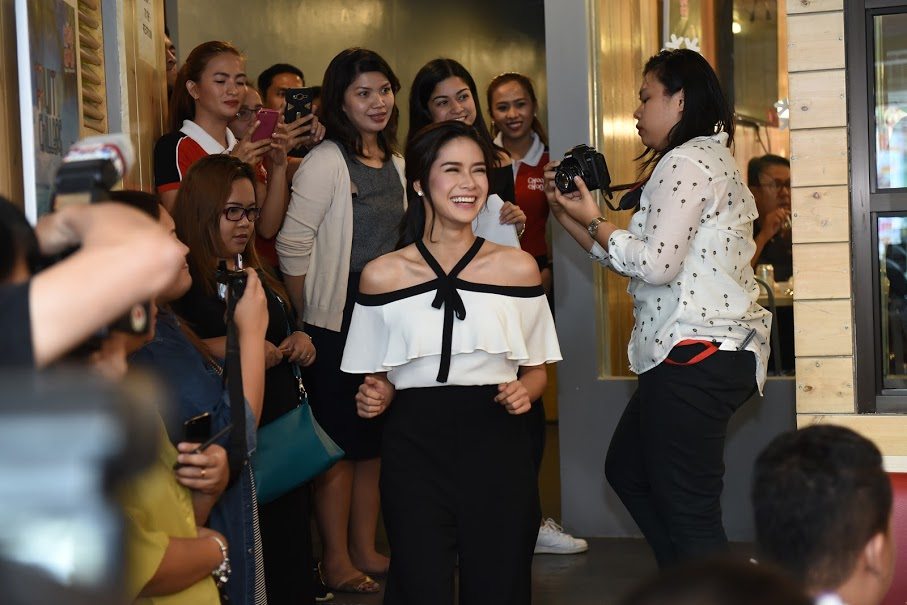 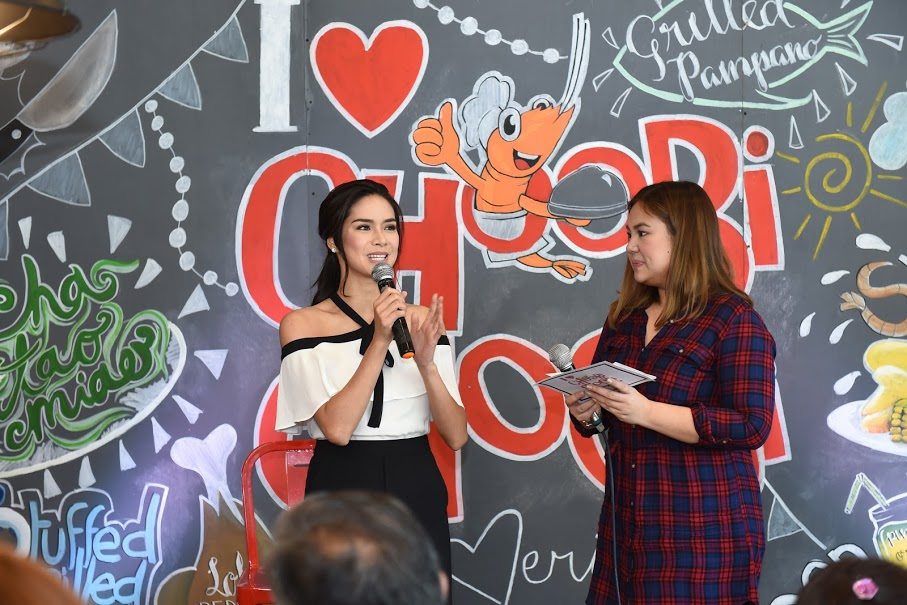 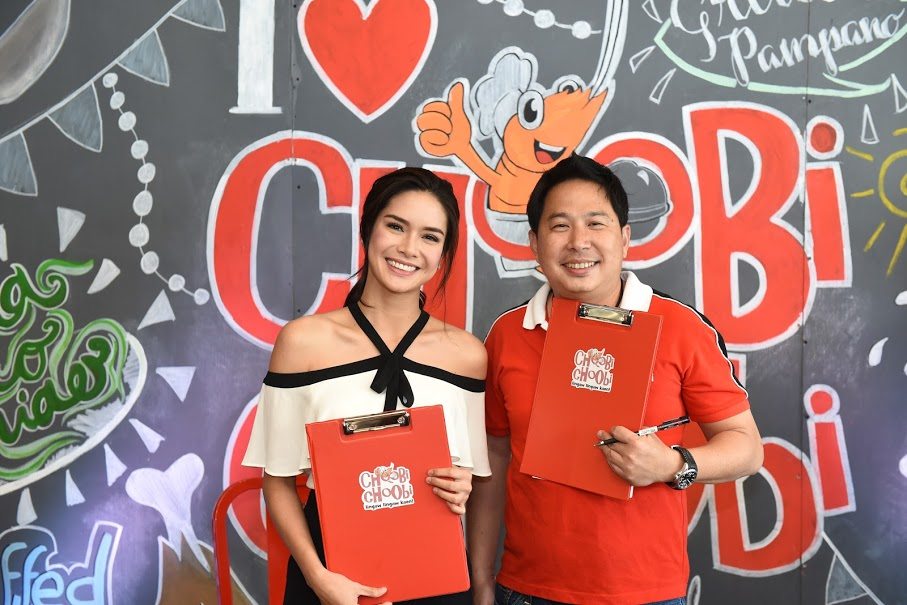 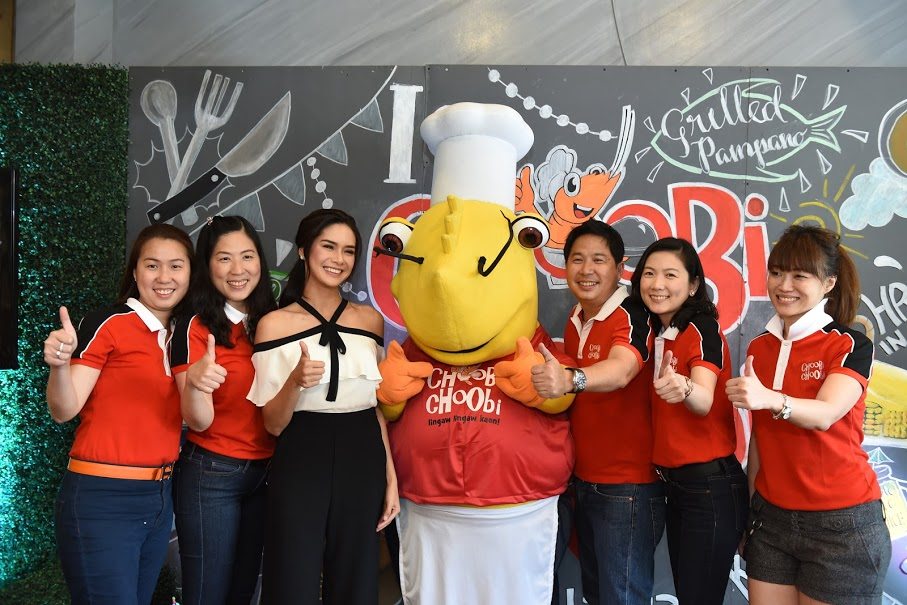 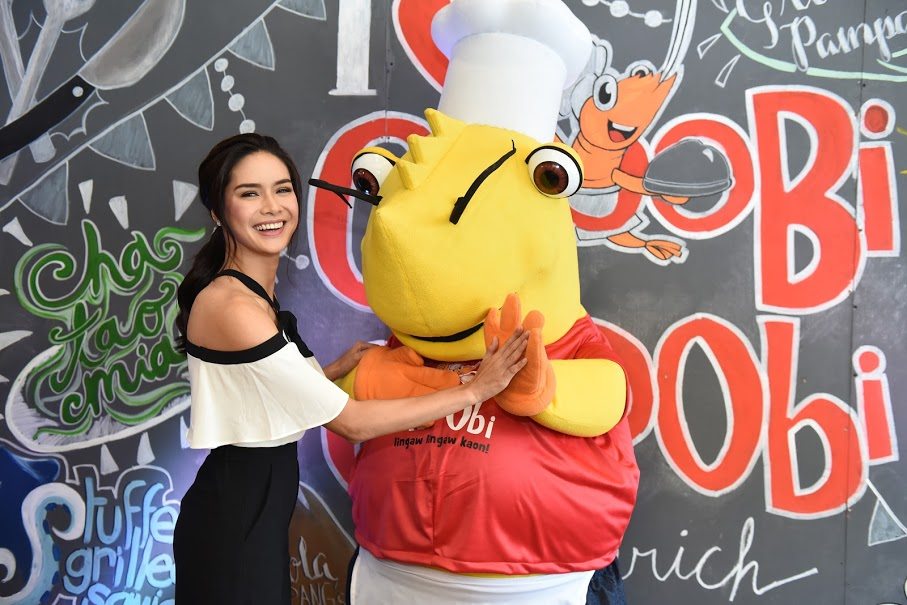 Erich with the Choobi Choobi mascot 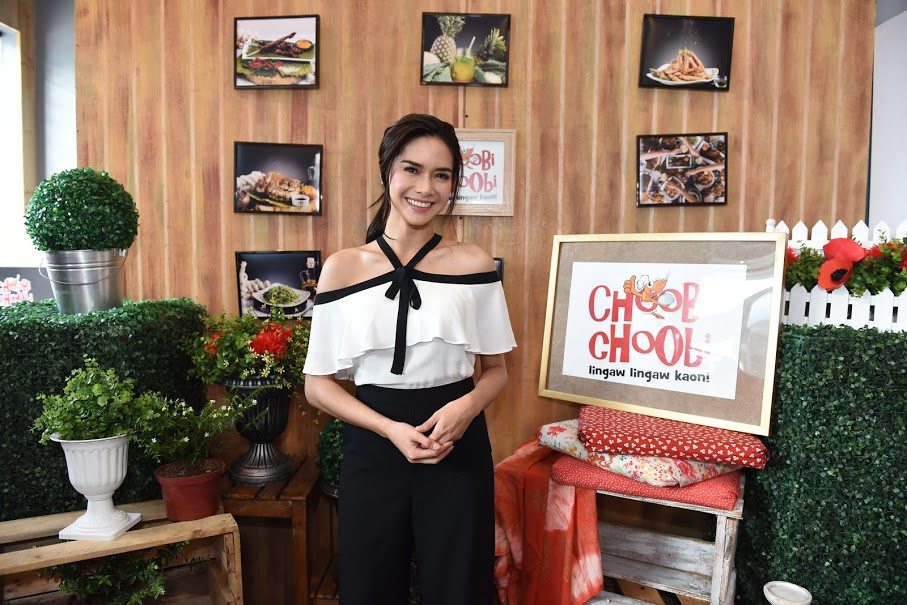 Look at what we had for lunch!

Plastic gloves were provided for us to use our hands the Filipino way. 😉

Loved this post-shrimp kit. Got me excited to eat all the seafood and get my hands dirty. 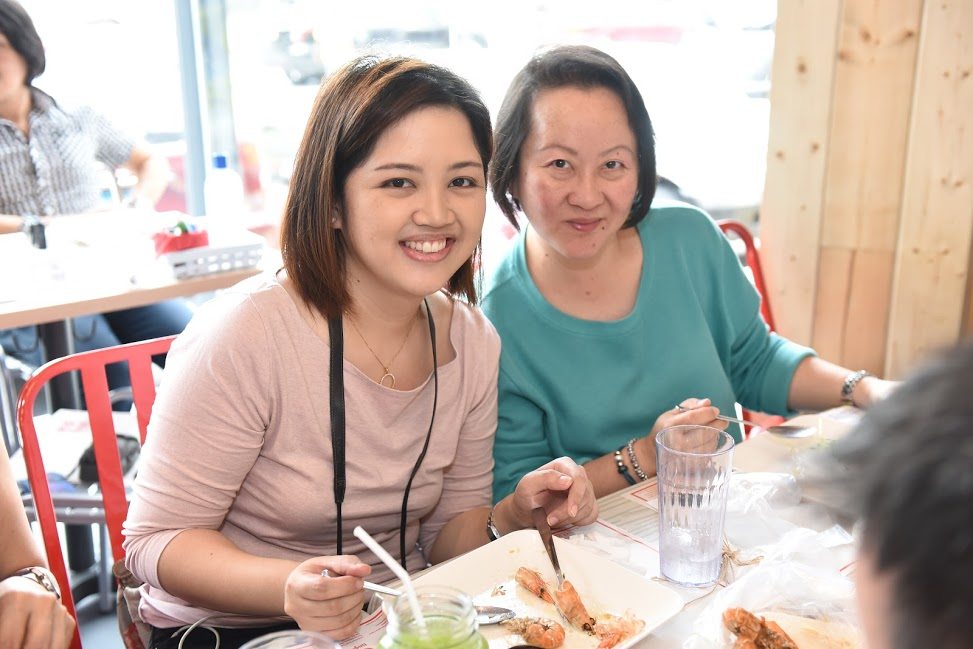 My photo was captured with the dish I loved the most – Salted Egg Shrimp (see details below). Oh the sauce! ♥ (It was a bonus that I got to meet and dine with wonderful people. The lady in blue beside me is Dolly Dy-Zulueta of Flavors of Life)

As suggested by the waiter, I chose the fresh pineapple with organic kale juice for my drink. It tasted great with the pineapple flavor overpowering the taste of kale. There’s still the hint of the vegetable taste which gives you a sense you’re drinking something healthy.

For the appetizer, we had the Chao Tao Miao. Cooked just right, this dish stir-fried snow pea sprouts was something I went back to even halfway through my meal. 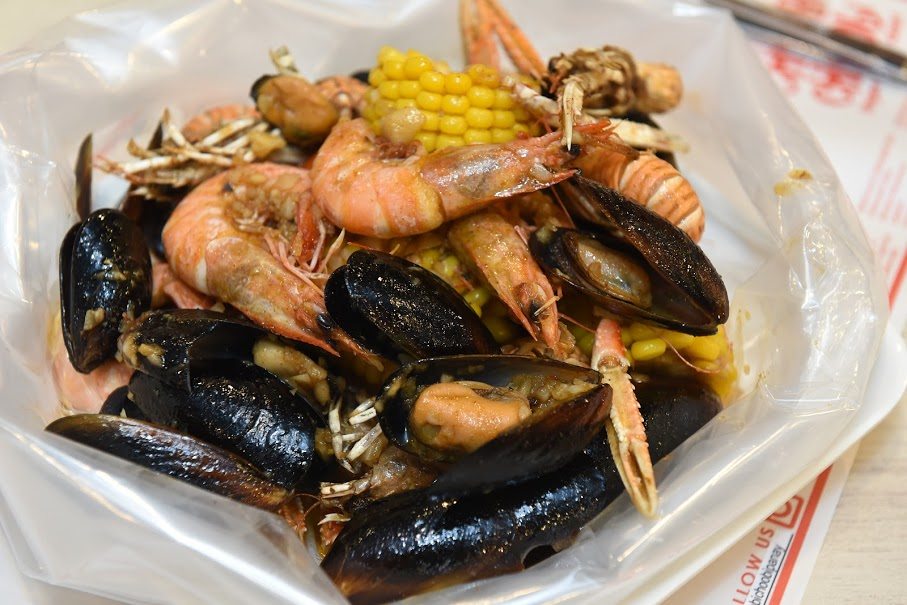 The Seafood Barkada Bag. This dish was a mix of good stuff. Mussels, shrimps, baby lobsters, corn, and chorizo! Perfectly cooked and tasty, you know the seafood is fresh because the meat comes off the shells so easily. 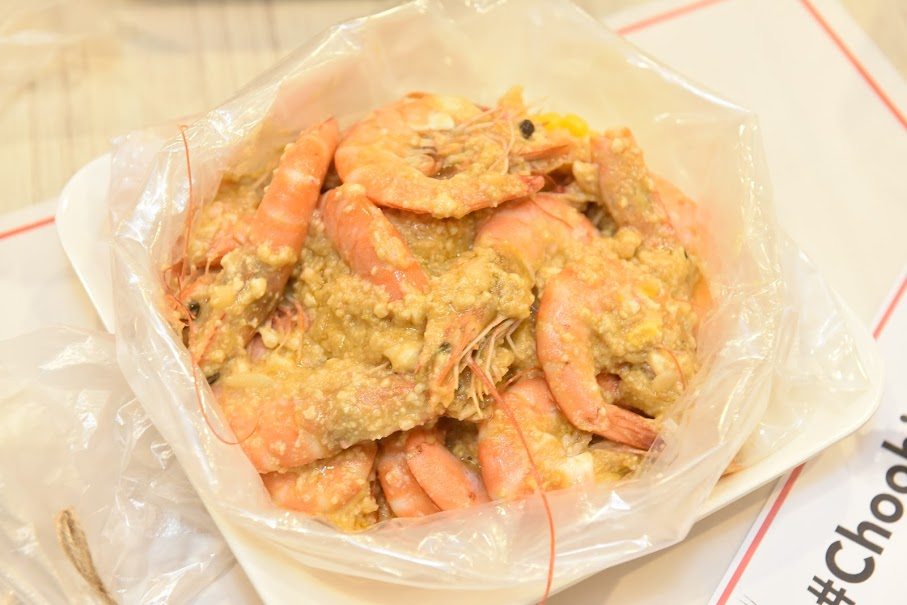 I’m at a loss for the right words to describe my favorite among all the dishes – the Salted Egg Shrimp! ♥♥♥ The mashed salted duck egg made the sauce so perfect I was secretly hoping there were no more dishes to be served so I can focus on it. Hehehe. This is eaten best with rice and with your hands! (Too bad I had to take photos after every dish so I used my utensils. I know what to do next time!) Again, I cannot emphasize how fresh the shrimps were that taking off the shells was a breeze. The shells slid off so easily from the shrimp meat. Makes my mouth water at the thought. 😉

I was so in love with it I had to take a really close shot. Haha. ♥ (and yes, another heart right there) 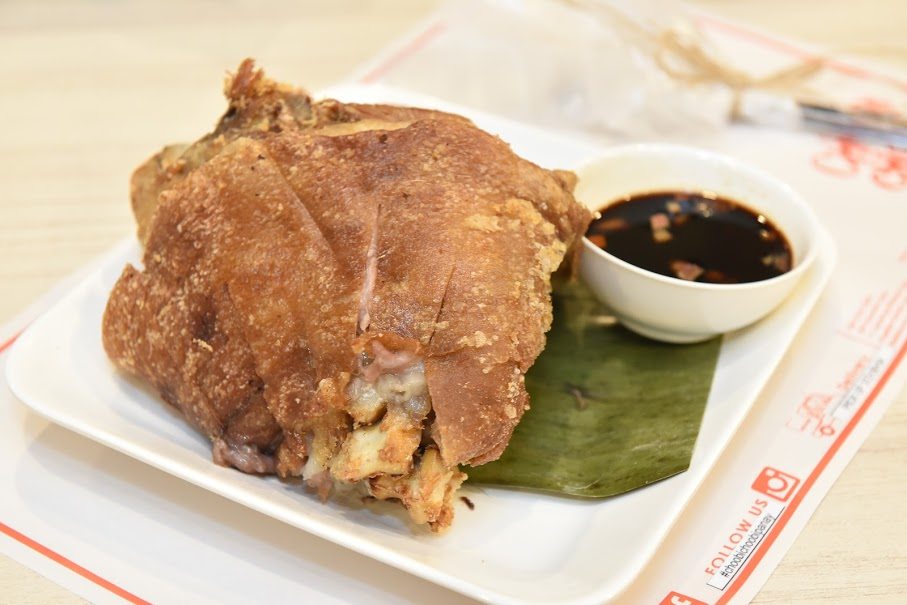 Choobi Pata. I heard those around me raving about this crispy pata! And I know why. The pork skin is thin and crunchy while the pork meat is so soft and juicy it gives you that melt-in-your-mouth kind of sensation. 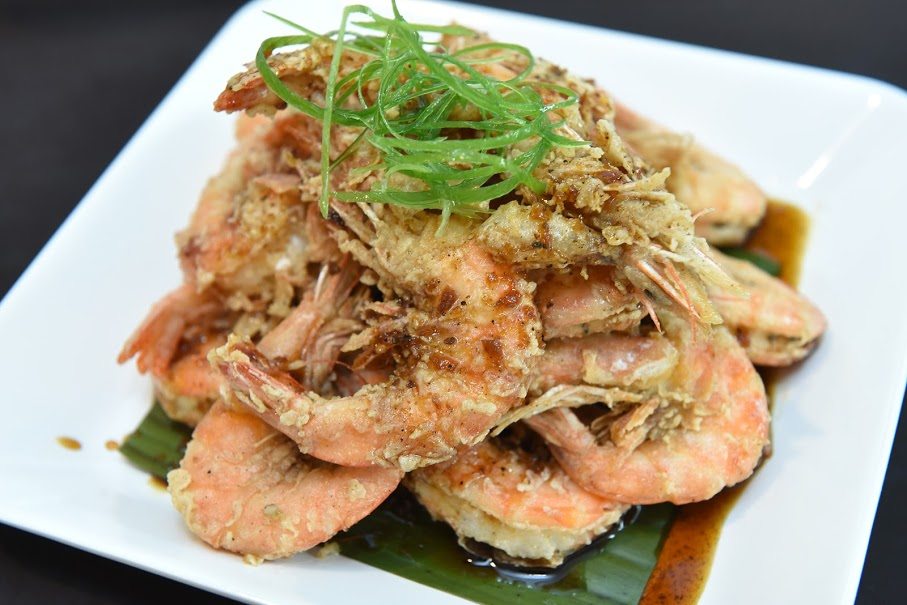 Stan’s Fried Black Pepper Shrimp. If the Choobi Choobi menu was a film, this was definitely the lead star. A lot of the attendees and even celebrity endorser Erich consider this dish a favorite. You can eat the shrimps whole including the shells! Make sure you dip the crunchy piece into the special black pepper sauce. You’ll get that crunchy-on-the outside-but-soft-on-the-inside satisfaction. I would love to eat this with rice next time! 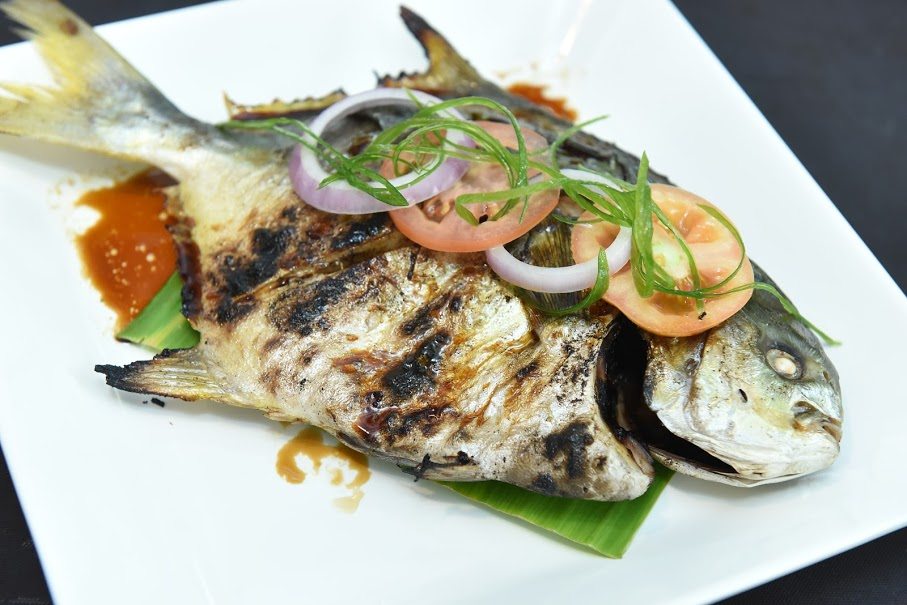 Grilled Pampano. The fish was perfectly grilled and the meat was tasty all over. 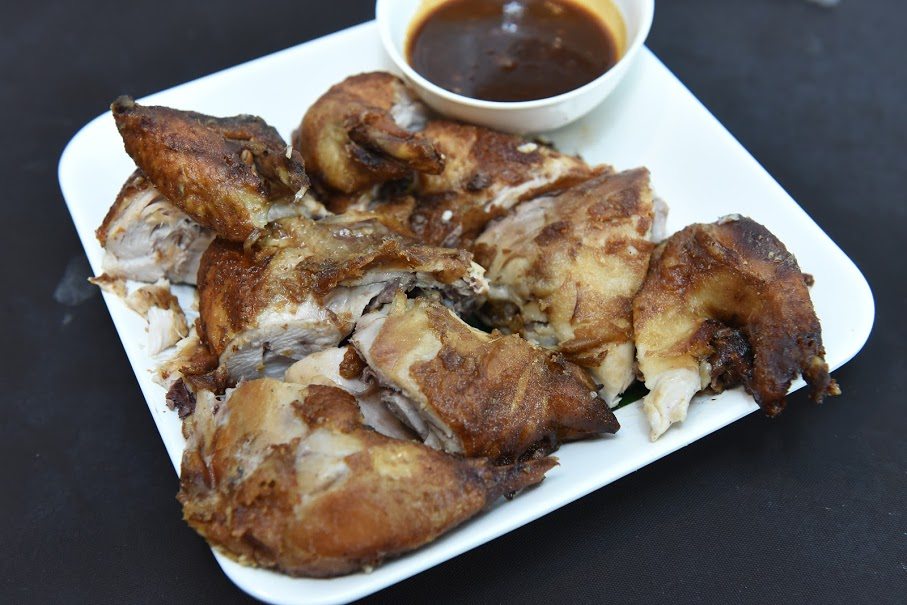 Lola Pepang’s Fried Manok. I gotta admit I was almost full when this was served but when I heard my table mates’ reactions, I knew I had to try. It was a good call. The fried chicken’s seasoning (however it was secretly done) was infused to the core that the meat was really tasty. I actually think there’s no need for the sauce. 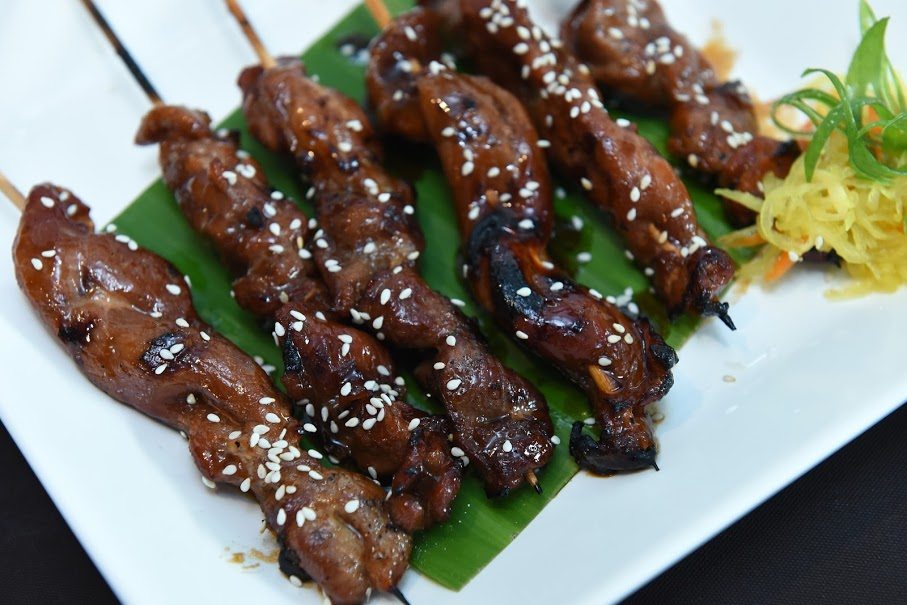 Pork Barbecue. Served last when I was already full, a stick of this grilled goodness was worth the try. The pork meat was tender and really juicy. It seemed too good to be true that everything served tasted great! But yes, it did. All the savory dishes had something to boast about. There were just some that really stood out.

Choco Molten Kiss. If I could go back in time, I would have taken a better shot that this cake rightfully deserves. I was too busy taking photos of Erich that I didn’t notice dessert was served. That’s vanilla ice cream on top of brownie cake right there. The molten chocolate inside is truly a winner. Since most of my fellow attendees already left our table, I had more than half of this to myself! 😉 I don’t know if it’s just me but this cake is going to be one of my reasons for visiting Choobi Choobi again soon. 🙂

If you want to get a glimpse of what else you can order, here’s a peek at Choobi Choobi’s menu: 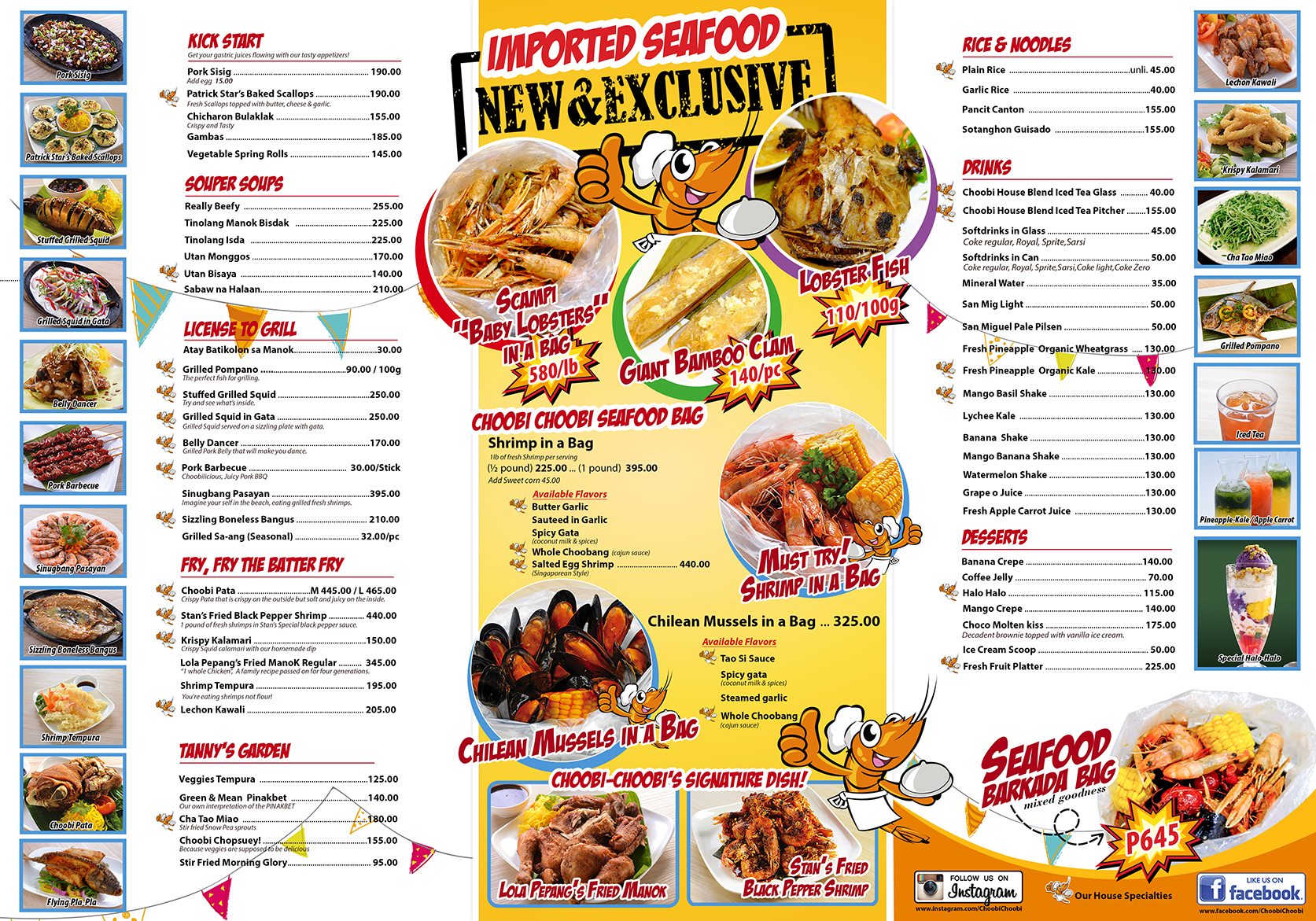 Behind The Scenes with Erich ♡Know what our latest endorser has to say about #ChoobiChoobi! ♡

How to get there? Here’s the map: 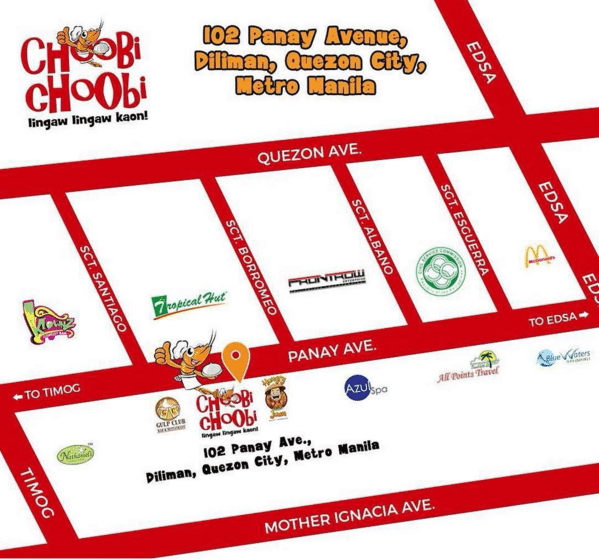 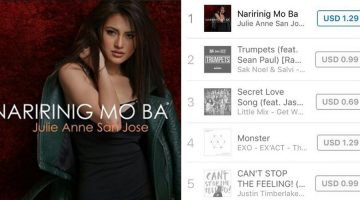