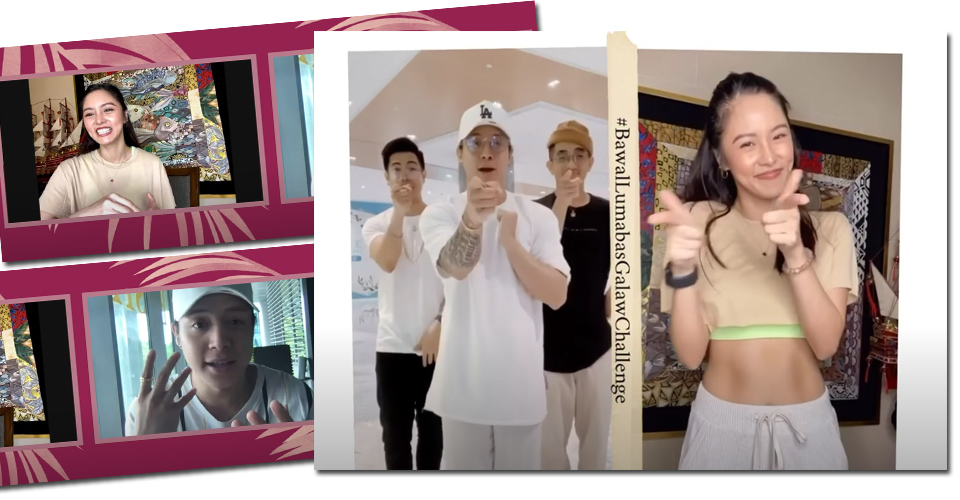 Kapamilya actress Kim Chiu is back in the scene after putting a positive spin to her viral speech blunder during the Laban Kapamilya online protest. The “Bawal Lumabas” speech that spawned numerous memes and dance videos now has song and music video versions. The official uploads in different social media platforms easily accumulated more than 10 million views in just 24 hours.

Just a few minutes ago, Kim released another surprise on her Youtube channel Kim Chiu PH. Like many other spectators, I also wished for this one to happen (and even tweeted about it!) – the much-awaited dance collab between Kim and the China-based “quarantine star” DJ Loonyo. 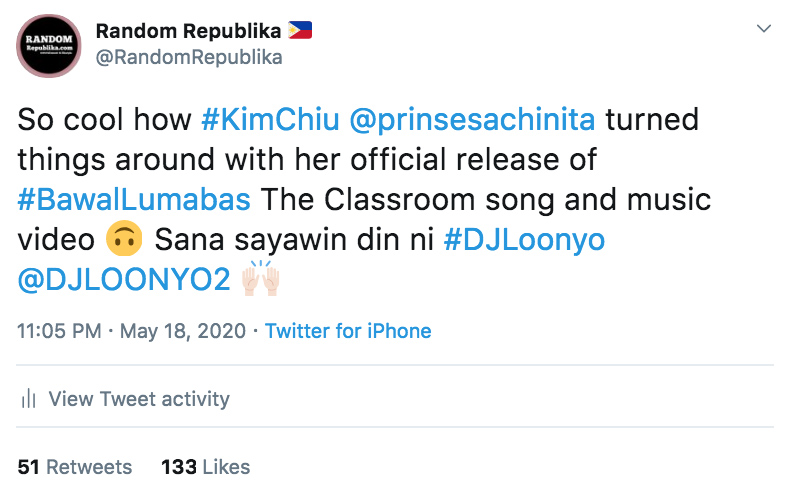 The rising online dance sensation previously said in a video that he purposely did not make a dance video when the  Bawal Lumabas song was still unofficial. Loonyo said he took Kim’s feelings into consideration. Apparently, they have worked together in the past in the Sunday noontime show ASAP.

Given the surprising turn of events now, Kim personally reached out to the DJ to work together on a dance challenge.

WATCH their official dance collaboration here. The  signature moves, as described by DJ Loonyo, are based on Kim’s hand gestures during her emotional speech. 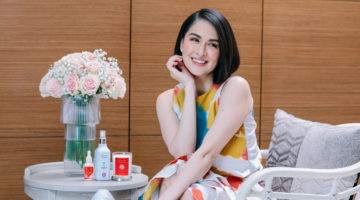