‘Balangaw’ bridges reality and fiction in the now

Watch: LA-Based Fan Gets to Meet Maine Mendoza at the Airport with the Help of AlDub Nation 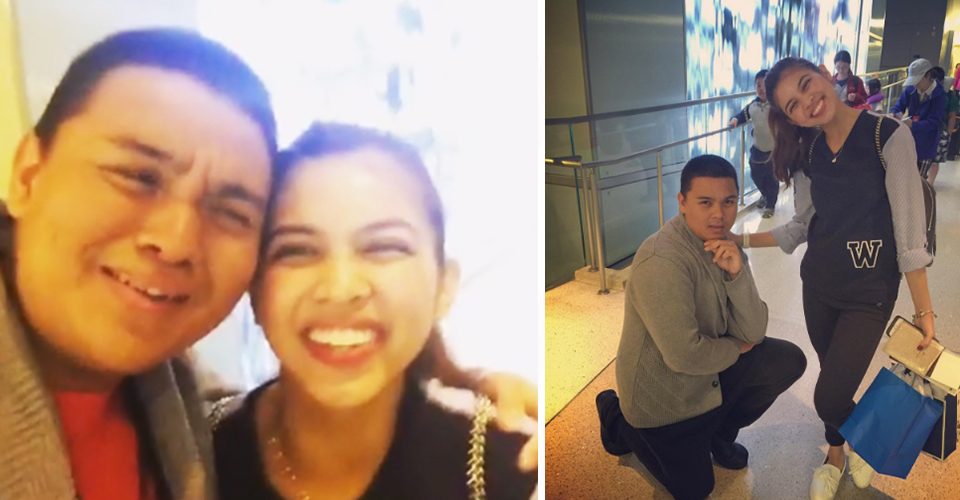 Since AlDub‘s record-breaking 41M tweets during last year’s Sa Tamang Panahon event, the line,“Never underestimate the power of the AlDub Nation,“ has become popular. True enough, when 23-year old Los Angeles-based (California) fan Jonathan Rivera (he’s been in the US since 2004) sought the help of Alden Richards and Maine Mendoza‘s power fandom via Instagram, he was not let down. In what soon became a viral selfie video, Jonathan asked the AlDub Nation to help his video reach Maine who will be at the Tom Bradley International Airport where his work at LAX Panda Express is located (go visit him, Team LA. Hahaha!). He wanted to meet Maine in the flesh. In his funny (and crazy) video, Jonathan jokingly said he was willing to get fired from his job as long as he gets to meet his favorite star.

Jonathan was kind enough to grant us this quick interview via private messaging.

RR: How did you find Maine and how was the feeling when you finally met her?

J: Literally, I was overwhelmed, speechless, and [had] tears of joy. I made three videos and with the help of ALDUB Nation, I got to see her. (Truly a go-getter, Jonathan excused himself from work and waited for Maine at the security exit!) Basta she recognized me from the video and said, “Ako sana ang bibisita sa’yo,” but naunahan ko siya. I took the risk talaga, I mean I was risking my job just to see her. I must have disappeared for about 30 minutes from my job. But it was all worth it just to see Menggay.

Jonathan describes the Maine he met: “Whatever you see on TV, that’s how she is – very simple. That’s one of the things I love about Maine.”

When asked about the whole experience, how big of a fan he is, and how he would compare his impression of Maine before and after the meeting, here’s what the happy and grateful fan said:

“I really did not expect to meet her kasi it was hard. I was at work at the same time. Tapos kulang pa kami ng employees. Thank God that my lead supervisor was understanding. Well, I’ve heard plenty of stories about Maine both good and bad na suplada daw siya, other people say she’s nice. But in my case, I can’t assume because I don’t know her personality, till met her. Now, I really know she loves her fans. I adore her so much. Not just her, but Eat Bulaga.” (Jonathan told us Eat Bulaga is the only thing he watches on TV these days!)

One thing nice about Jonathan, he never fails to mention how he owes the AlDub Nation for this memorable experience:

“I owe the ALDUB NATION big time kasi they’re the reason why Maine and I had our TAMANG PANAHON.”

Watch what happened through this series of videos:

ALDUB NATION !!!!I NEED YOUR HELP!!! ??Menggay is coming at my job tonight but the airport is huge! I need to meet her cause I’m such a fan!!!! Please @aboutaldub16 @aldub_eb @mainedcm ????? #aldub #aldub58thweeksary

Here is your answer ALDUB NATION! ? I finally met @mainedcm; she recognized me from the video that you guys have spread viral. Sabi pa nga niya, she was going to pass by job, but I waited for her patiently. I’m such thee biggest fan, I watch @eatbulaga1979 everyday. ??Literally to see her in front of me I was speechless, I couldn’t even take a picture cause I was shaking. I was going to cry, tears of joy of course. But she was the sweetest…we even had a conversation. I couldn’t ask for more thank you again ALDUB NATION, talagang walang iwanan kayo. I’m thankful to be part of such a big community that treats each other like family. Big thanks again to @aldub_eb & @aboutaldub16 for making it viral?????? #aldub58thweeksary #aldub #eatbulaga #mainemendoza

Here you go again ALDUB NATION?? since I owe you guys big time, here is another video from my snapchat ? with @mainedcm doing her famous “DOUBLE CHIN” hahaha! Thanks again @aldub_eb & @aboutaldub16 ????????? #aldub58thweeksary #aldubnation #aldub #mainemendoza 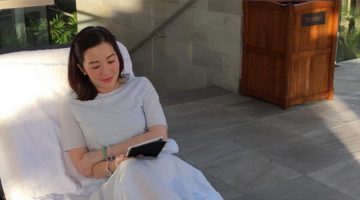