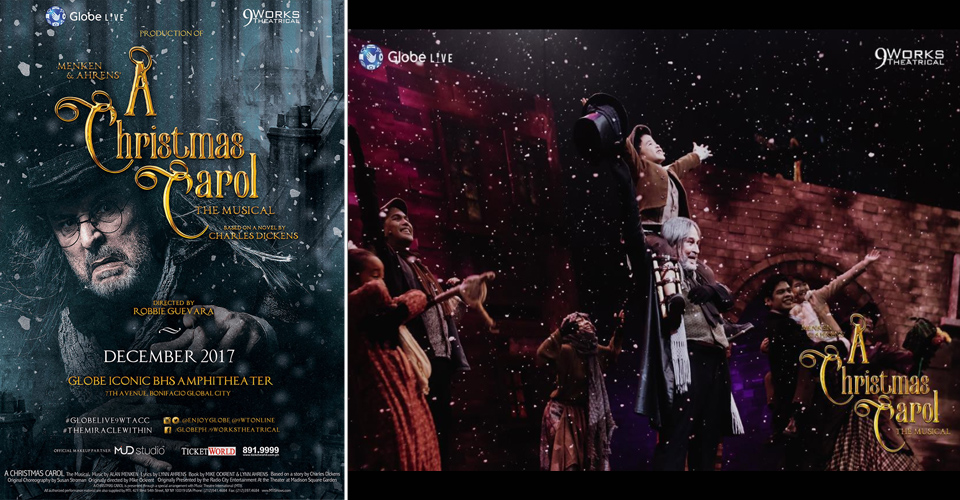 Fresh from the success of Disney’s Newsies, Globe Live and 9 Works Theatrical usher in the Christmas season with yet another Menken musical: A Christmas Carol. Back after a triumphant run last year, A Christmas Carol returns with more grit, more depth and more spirit. With book by Tony Award nominee Mike Ockrent and Tony Award winner Lynn Arhens (who also doubles as the musical’s lyricist), it is Alan Menken’s music that truly soars and heightens the spirit of Christmas. 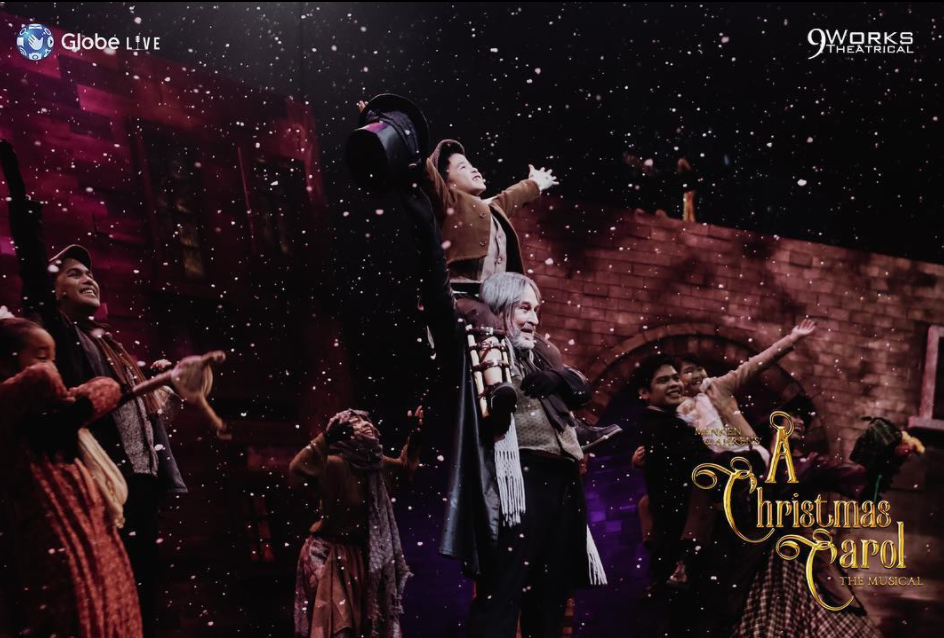 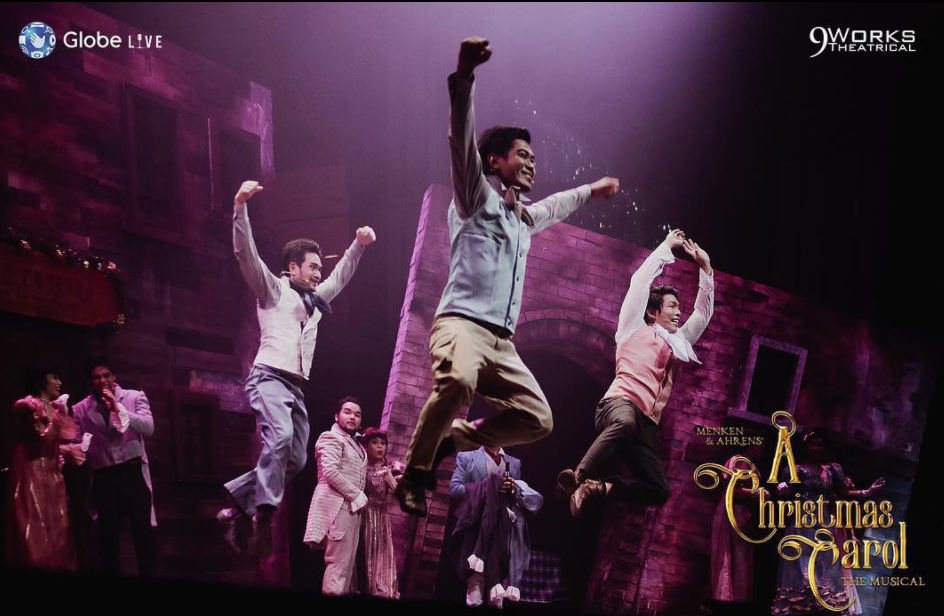 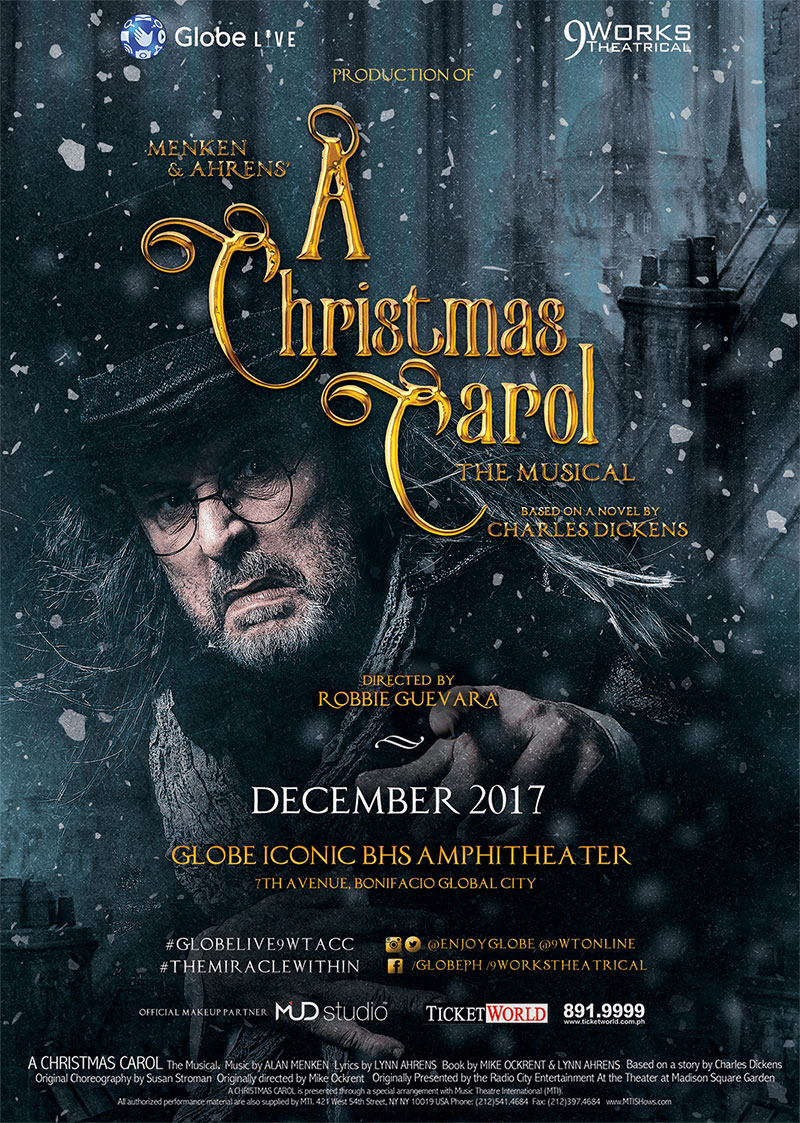 Considered a major player in and purveyor of Disney’s renaissance, Alan Menken is most known for his music in Disney’s Beauty and the Beast, A Little Mermaid, Aladdin, Pocahontas, Enchanted and Tangled, among others. Menken, an American musical theatre composer and film scorer, has over twenty-one musicals and musical films in his roster. The recipient of eight Academy Awards, seven Golden Globe Awards, eleven Grammy Awards, a Tony Award, a Drama Desk Award and two Outer Critics Awards, Menken is considered a legend in the industry. 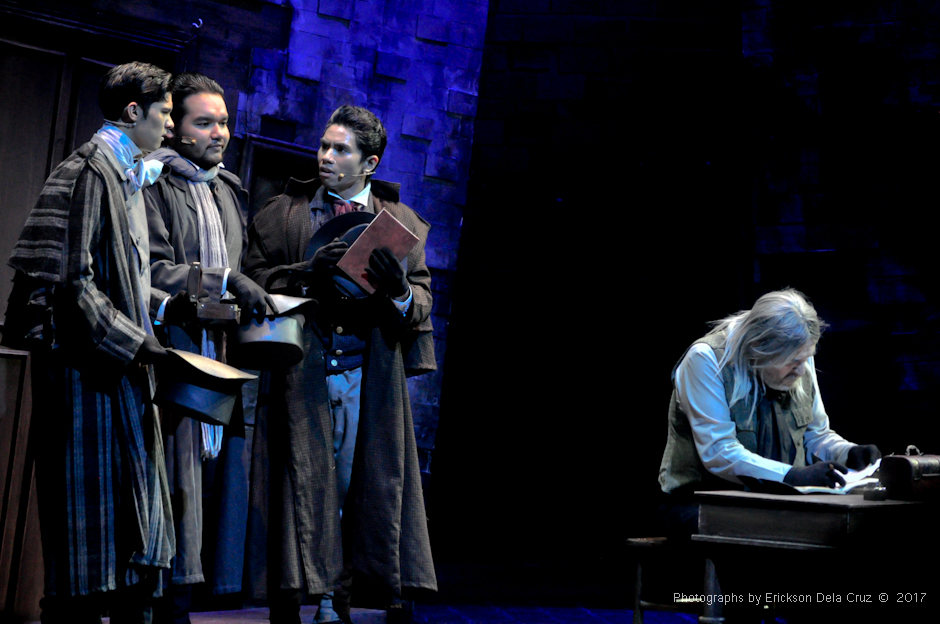 Based on Charles Dicken’s novel originally published in 1843, A Christmas Carol follows the journey of Ebenezer Scrooge, a wealthy old man embittered by his life and losses. As the story unfolds, we follow Scrooge being haunted by the ghosts of his past, present and future. After each encounter, Scrooge soon realizes his shortcomings and uncovers the miracle within, transforming into a kinder, gentler man who revels in the spirit of Christmas and the love of family and community. 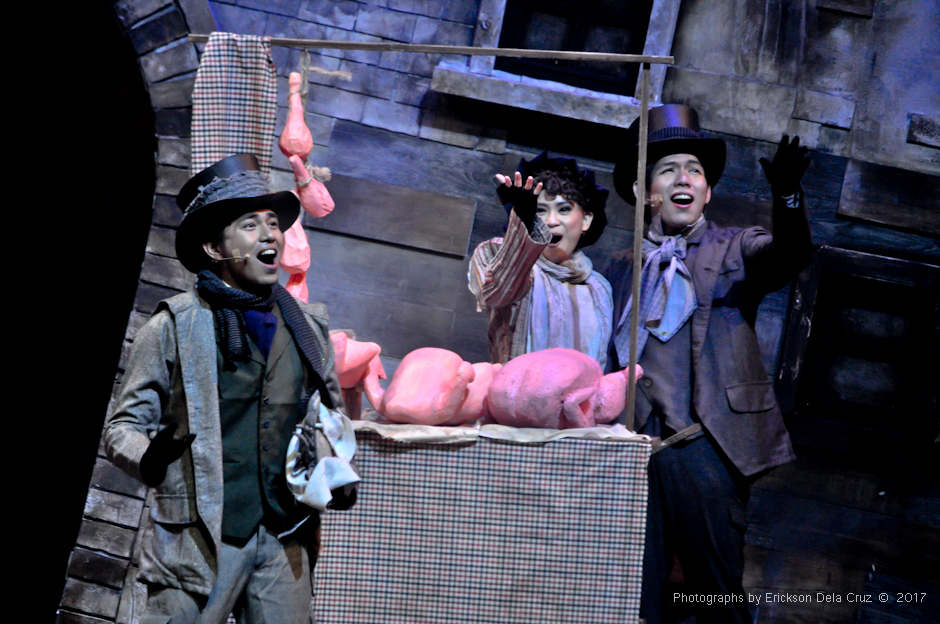 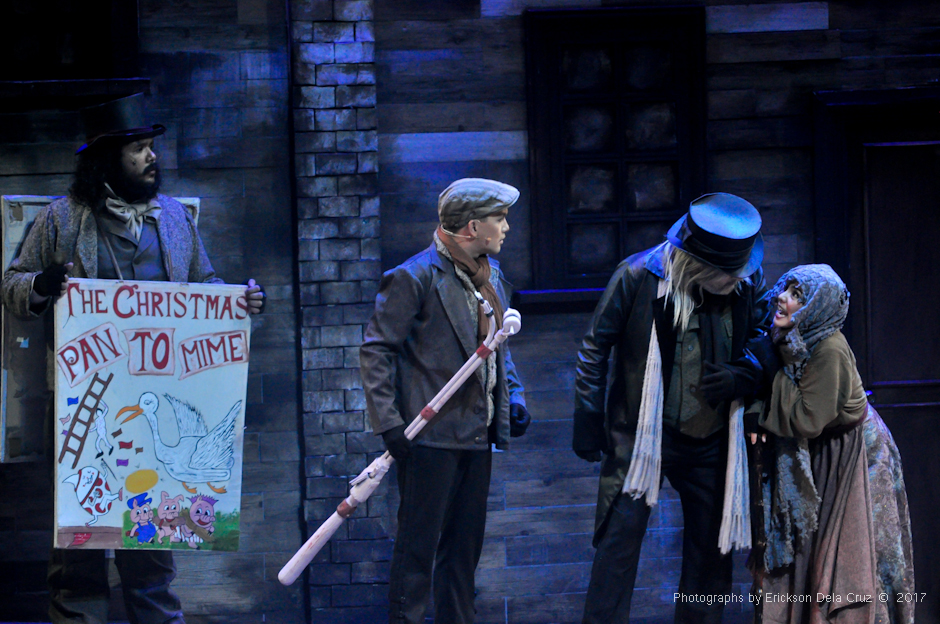 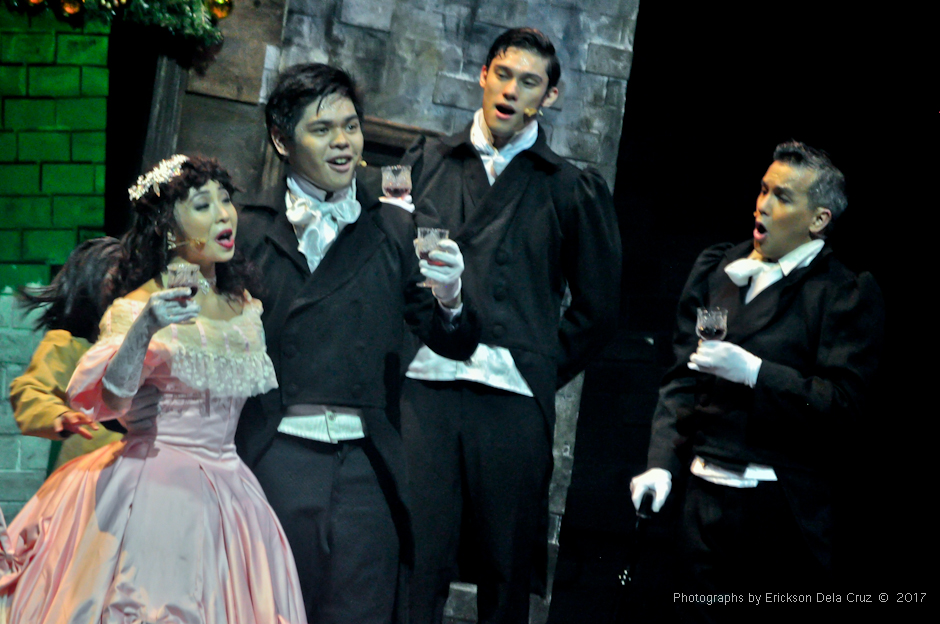 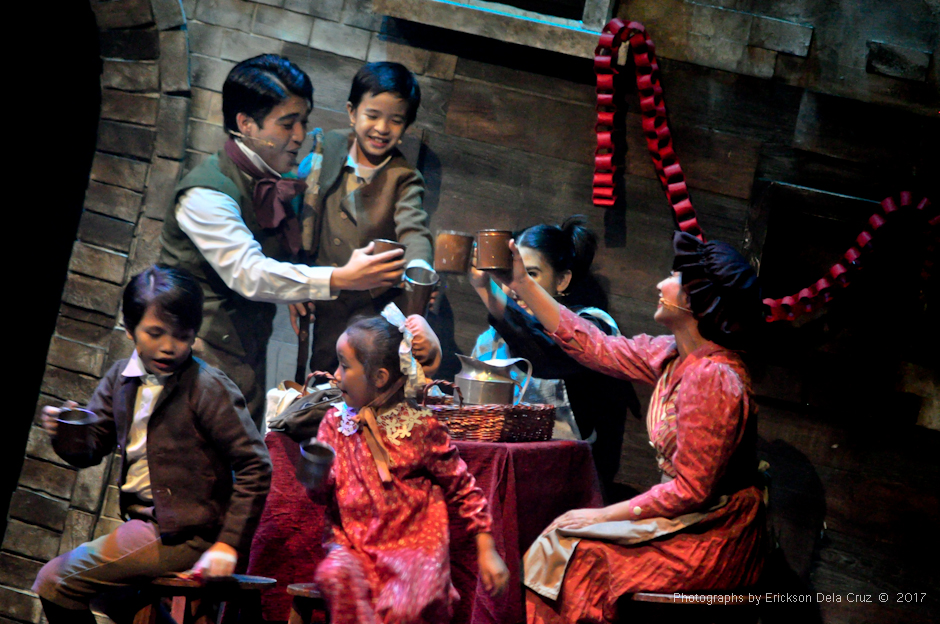 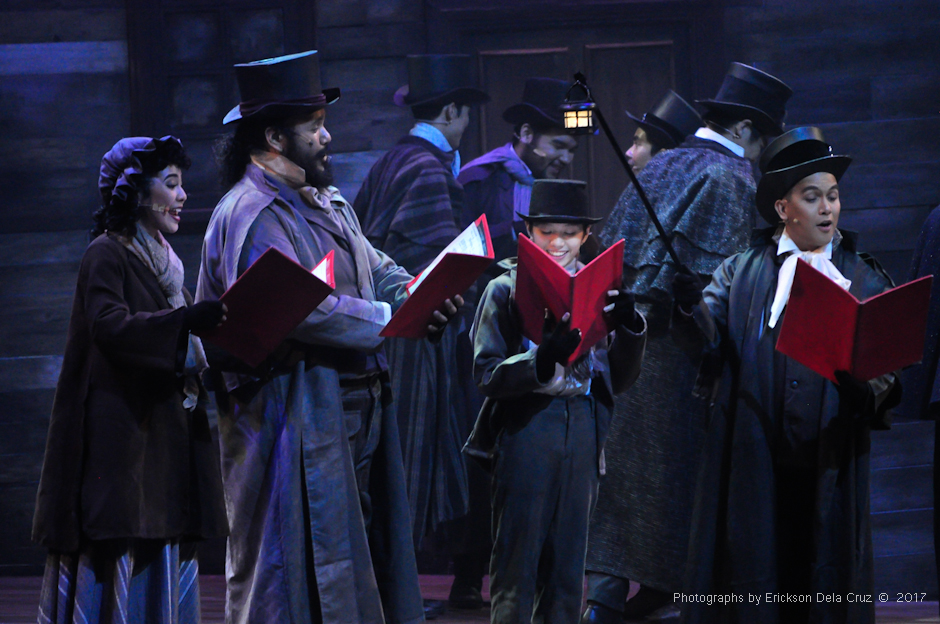 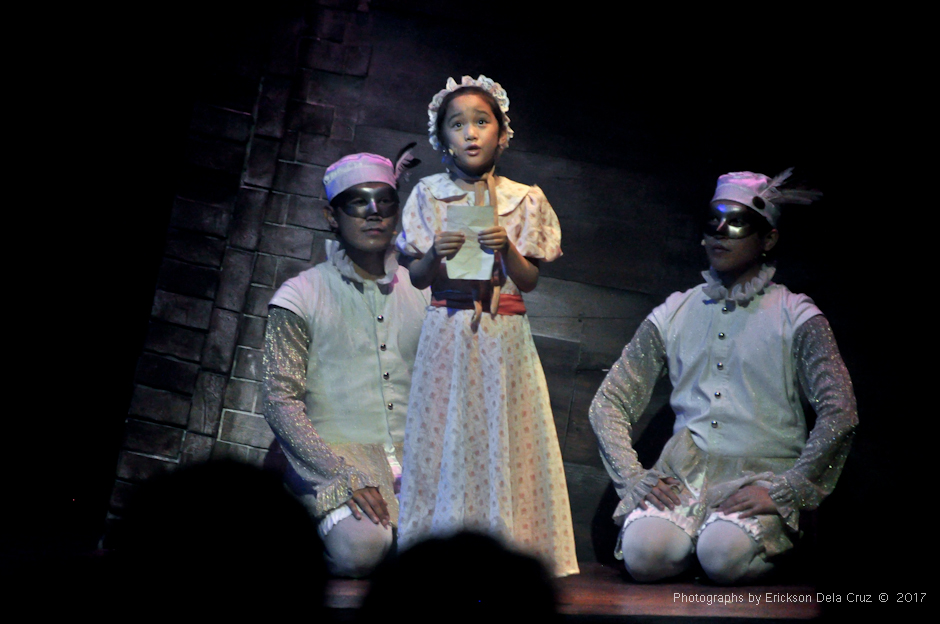 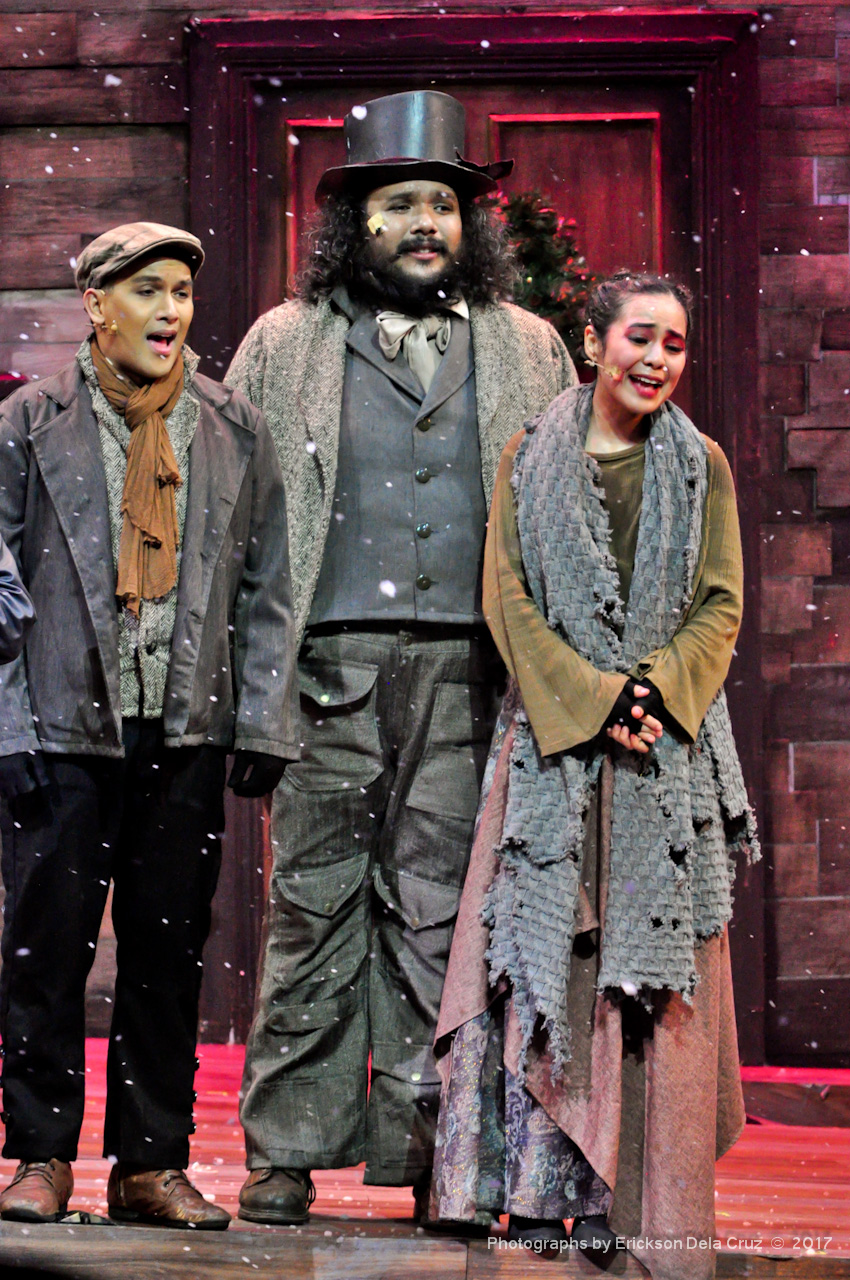 A Christmas Carol is a production of Globe Live and 9 Works Theatrical, with MUD (Make up Designory) as the official makeup partner. Special thanks to Bonifacio High Street.

A Christmas Carol is presented through special arrangement with Music Theatre International (MTI). 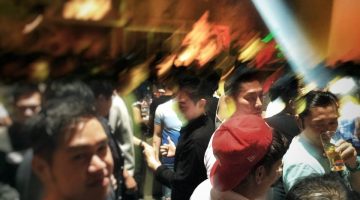