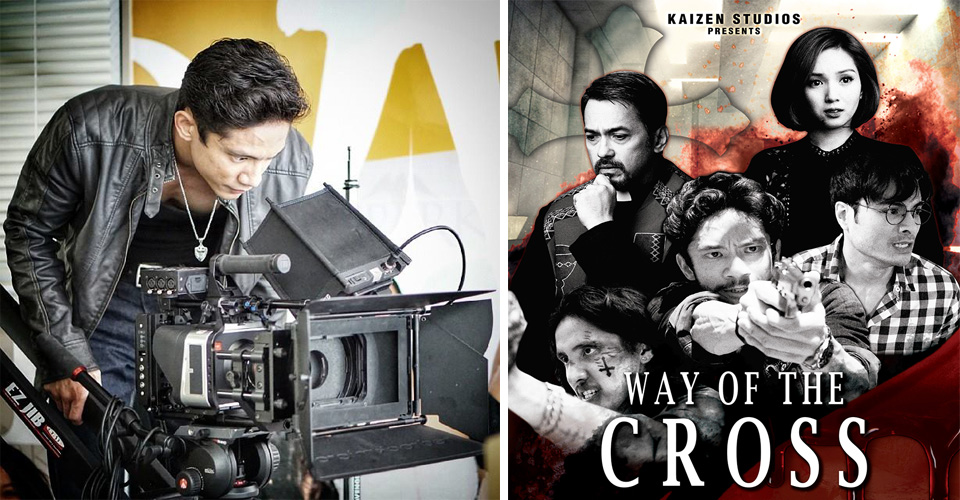 After years of writing, producing, and directing for the international movie scene, Filipino-American Anthony Diaz V digs into his roots through a psychological-thriller film titled “Way of The Cross.”

Referring to Filipino talents, Anthony had nothing but good words.

“They’re open to a lot of ideas. They don’t really question a lot of things surprisingly, compared to a lot of projects that I’ve worked on.”

He also revealed that all talents in the action-packed international film had to go through a series of auditions to see whether they’re fit for the role.

Way of the Cross is Anthony’s first film here in the Philippines. He finished his film course at the University of Las Vegas. He became the youngest graduate at age twenty (20) in 2010. He is also behind the films

ABOUT WAY OF THE CROSS

The story follows Rogue Marquez, played by the Filipino-American actor-producer, a Las Vegas-based FBI agent whose estranged father living in the country was diagnosed with Stage 4 Cancer.

During his visit, a string of murders occur in the nearby town of San Antonio that send waves of terrror among the locals and stuns the NBI.

Rogue, as an FBI agent himself, attempts to uncover the secrets behind these murders.

At the Sinag Maynila Independent Film Festival 2016, Anson received the “Best Actor Award” for his lead portrayal in Ato Bautista’s “Expressway.” He has starred in numerous TV shows and over 50 feature films throughout his career, both local and foreign, including the Hollywood film, “The Great Raid,” starring James Franco and Benjamin Bratt.

MIGUEL VASQUEZ |Miguel brings over 18 years as a professional actor, host, commercial model, performer voice talent, assistant director, fight director, and producer.
Miguel is also a two-time nominee for Best Actor, Aliw Award. He is a well seasoned and prolific actor, having worked on countless award winning productions in theater TV and films, both local and international.
RAFAEL ROSELLRafael Rosell IV is a Filipino actor and model born in Stavanger Norway. Rosell is best known for playing Brandon Brazil on the ABS-CBN romance drama Midnight Phantom, Marco De Silva in Kristine, and as Mayor Edson Zaguirre in Dahil Sa Pag-ibig.
DAIANA “DIANE” MENEZESDaiana Menezes (born June 20, 1987) is a Brazilian actress, model, pianist, painter and TV host, currently based in the Philippines, working for GMA.As a film actress, she is known for My Amiga Girl (2012), Prince Vaali (2011), and Yaya & Angelina: The Spoiled Brat Movie (2009).
ROXANNE BARCELO | Anne Roxanne Jordan Barcelo, known as Roxee B, is a Filipino-American actress, model and singer born in Fairfax, Virginia, USA. She was only 8 years old when she joined and won “Best of the Best,” a singing contest in the USA. She also became a member of ESPN Kids, and a professional child model doing TV commercials for companies such as GAP and JCPenny.
GIOVANNI RESPALLGiovanni has been in the entertainment business for over 26 years as a Director and Actor in several Films, TV Shows, Commercials and Theatre. He is also a Screenplay and Script Writer for Films and Theatre.
VIC ROMANOVic Romano had 18 years of extensive theater experience in various countries like Japan, and was involved in a series of stage play projects in the Cultural Center of the Philippines before entering the world of Independent filmmaking. This included Banyuhay by UP Laboratoryo, Pahimakas by Aldabas Theatre Friends Inc., Hamon ng Krus (Estephanus), 4 Classics Play (Hiraya Theatre Production), and Tattoo Buo by Hiraya Theatre Production.
APOLLO ABRAHAM | Apollo Abraham is an actor, voice artist, events host, commercial model and voice-over, and has been in this industry for over 25 years.
OZ RIVERA | Oz Rivera made his debut in the Australian film: JACK IRISH 2 along side Filipino veteran actor Alvin Anson. He appeared in Travel Chan- nel Asia’s EXPEDITION UNKNOWN: The Curse of Yamashitas Gold as one of Ferdinand Marco’s secret service agents. He has played a variety of versatile roles – from being a hitman in the TV series Dolce Amore with well known Filipino Actors: Enrique Gil, Cherie Gil and Alvin Anson – to playing a gay hotel worker: Rodrigo in the STAR CINEMA movie BARCELONA: A LOVE UNTOLD, starring Katherine Bernardo and Daniel Padilla. He played in many other TV series, such as ABS CBN’S: Till I met You, The Promise of Forever and A Loveto Last… to name a few.
DANIELLE CHOPIN | Danielle Chopin is delighted to be making her feature film debut with Kaizen Studios.

ELAINE CARRIEDO LOZANO | Line Producer
Elaine has extensive professional experience as a Line Producer, and is currently line producing, “WAY OF THE CROSS,” for Kaizen Studios.
ANTONIO DIAZ | Executive Producer / Co-DirectorAntonio Diaz is a Executive Producer and Director of “WAY OF THE CROSS.”WAY OF THE CROSS is being produced by KAIZEN STUDIOS, Co. Ltd., which belongs to a International Holdings Company called, ZENZA GLOBAL. This Conglomerate comprises of various International Companies focusing on Health, Wellness, Beauty, Finance, Personal Development, Film Production, and Entertainment. They have oflces in Las Vegas, Japan, Hong Kong, China and other Southeast Asian Countries. Kaizen Studios is part of this group of companies.
GORIO VICUNA | Chief Executive GWARD, Inc.Co-Director, Way of the Cross Gorio was naturally artistic since he was a child. His talent for drawing, designing his own characters and painting was honed further when he studied BFA Advertising in PWU Manila. It paved the way for his explora- tion in Photography, Animation, Screenwriting and Filmmaking. 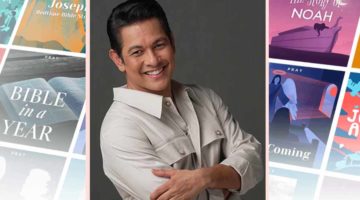