21 Celebrities and Their Old TV Commercials

Cristine Reyes and Daniel Matsunaga Promise to Bring Screams with “Spirit of the Glass 2: The Haunted”

We can’t help but share this inspiring post that we saw circulating online (source: Facebook page). It shows a photo of Pope Benedict XVI on the left and another image of Pope Francis on the right.

The post lists down at least seven ways Pope Francis is different from the former Pope, Pope Benedict XVI (or the other former Popes who follow the same Pope-ly traditions for that matter). The two photos were taken during different events/Eucharistic celebrations and the context of the evaluation below may be inaccurate. Hence, the two Popes shouldn’t be judged and compared to each other. Nonetheless, we must admit it, Pope Francis really exudes admiration with his humble charm and simple demeanor. And this photo just solidifies that point even further.

(Note: the list below is directly lifted from our source)

7 differences Pope Francis has made in one appearance:

1. Changed the golden throne by a wooden chair… something more appropriate for the disciple of a carpenter.

2. Did not want the gold-embroidered red stole, Heir of the Roman Empire, nor the red chasuble.

4. Uses a metal cross, not of rubies and diamonds.

5. His papal ring is silver, not gold.

6. Uses the same black pants under the cassock, to remember that he is another priest.

Have you discovered the 7th?

7. Removed the red carpet. He is not interested in fame & applause. 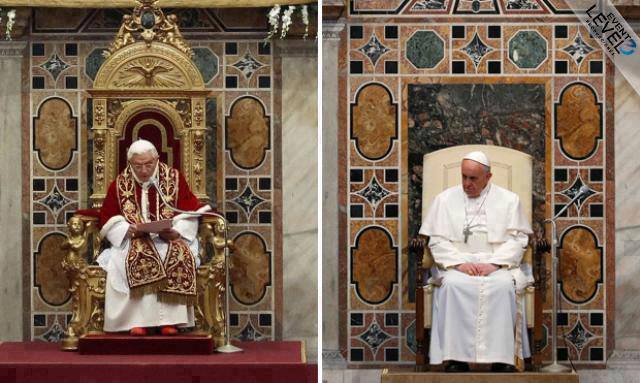 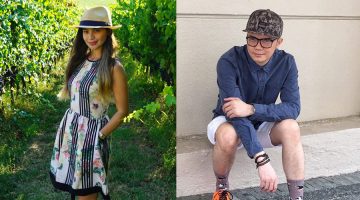