SKYcable presents war and humanity films on CinemaWorld this July

The real princess of Bhutan and Kathryn Bernardo
Images: Getty Images; Princess and I Facebook Page
So here’s another edition of Random Republika’s Who Did it Better. This time, our attention shifts to ABS-CBN’s wonderfully addicting royalserye Princess and I, which has been airing for a few weeks now. We’d like to commend the Kapamilya Network for whipping up this Disney-esque tale and for choosing a stunningly beautiful country, the Kingdom of Bhutan, to be its location.
Aside from the riveting plot, we really couldn’t help but wax lyrical with delight when the series was on its first week, the time when ABS-CBN gave us on overload of mountain scenery, shots of Buddhist-architecture palaces, glimpses of Bhutan’s untouched, bucolic countrysides, and the colorful costumes which would put any rainbow to shame 🙂 Of course we can’t help but think if the creators of this TV series was in fact inspired by last year’s colorful royal wedding in Bhutan, which occurred in the same year when UK’s Will and Kate tied the knot, and which itself received a fair amount of publicity. Yep, we know it’s called the Kingdom of Yangdon in the series, but even that name is Bhutanese (the fictional kingdom is probably named after Bhutan’s current Queen Mother, Ashi Tshering Yangdon)
That being said, we can’t help but compare the real royals’ costumes with the ones made by ABS-CBN. Though we’re not experts on Bhutanese royal attire, we still want to commend the network for their effort to create costumes that don’t look chipipay, if you take our meaning (Lol).
Just take a look at Kathryn Bernardo in this picture, for instance: 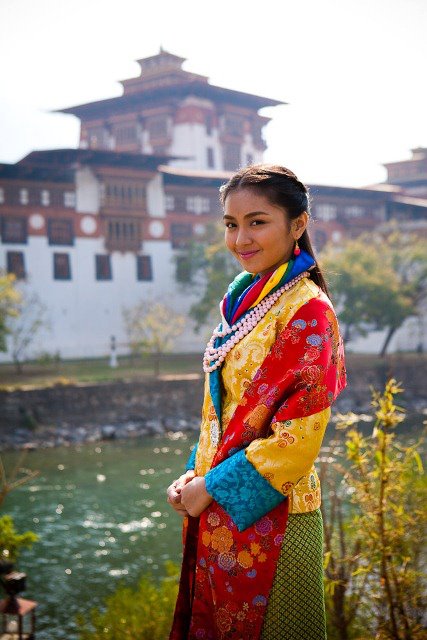 Image: Princess and I Facebook Page
Princess Mikay looks absolutely gorgeous! Just as pretty as the real princess of Bhutan, Ashi Sonam Dechan Wangchuk (pictured above).
Now here’s the real king, Oxford-educated Jigme Khesar Namgyel Wangchuck, juxtaposed against Albert Martinez, who looks like he’s trying to channel the real King’s stoic-na–poging pose in this picture. Hehe. The real king is the real princess’s half-brother, by the way.
And oh no we di-in’t! Nope indeed, we’re not comparing Queen Jetsun Pema Wangchuk with the vile and bruhita character Ashi Behati, which is played in the series by Gretchen Baretto. It’s just that the queen’s fashion sense seems to have been Gretchen’s inspiration for her specially bespoke costumes.  Sorry, La Greta, but even you would have a hard time holding a candle to this lady, who is, in our opinion, simply one of the most beautiful women in the world!
See also  ABS-CBN releases statement on restoration of hacked news channels on Youtube

Like Kate Middleton, 21-year-old Queen Jetsun Pema Wangchuk was not born into nobility or royalty, but she was the one who won King Jigme Khesar Namgyel’s heart. The king once told in an interview with the Associated Press:  “Jetsun Pema is a kind-hearted girl who is very supportive and whom I can trust. I cannot say how she might appear to the people, but to me, she is the one.” O di ba? Beat that Ashi Behati! 🙂

Anyway, we leave you with another photo of the stunning queen. Happy Friday, Randomistas! 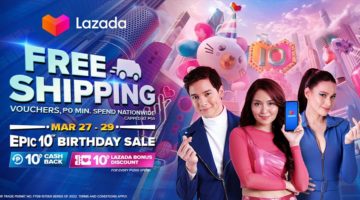