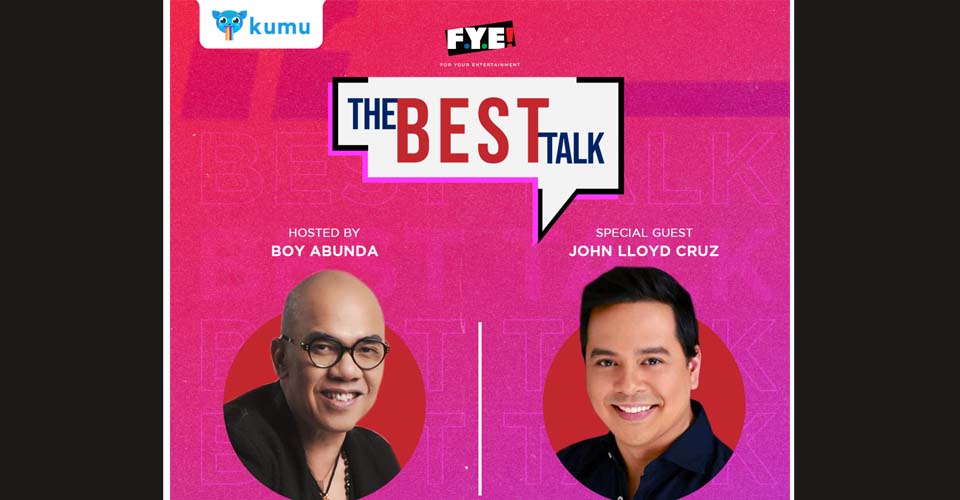 Get ready to eavesdrop on an exciting conversation as John Lloyd Cruz appears as a special guest in the upcoming episode of Boy Abunda’s “The Best Talk,” streaming live tonight (November 21), 9 pm on Pinoy livestreaming app Kumu.

The award-winning television and film actor will be the one to throw interesting questions to the King of Talk while the two engage in a lighthearted tête-à-tête online.

Dubbed ‘a show for a cause,’ Boy will again be donating all his virtual gift earnings from the upcoming “The Best Talk” episode to charity.

Last Saturday, the Kapamilya host had a fun chat with guests Kakai Bautista, Sky Quizon, KD Estrada, and Elmo Magalona. The episode’s gift earnings will be turned over to Kabataan sa Kartilya ng Katipunan (KKK) for the benefit of families devastated by typhoon Ulysses.

It is one of the must-see shows under FYE Channel, which streams various entertainment and lifestyle programs featuring Kapamilya streamers on Kumu daily. 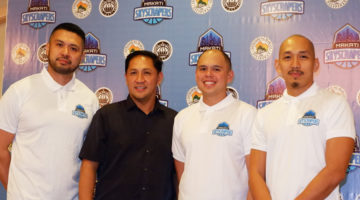