VIRAL: Kapuso Hunk David Licauco Grants a FanGirl’s Wish, Goes on a Fishball Date with Her 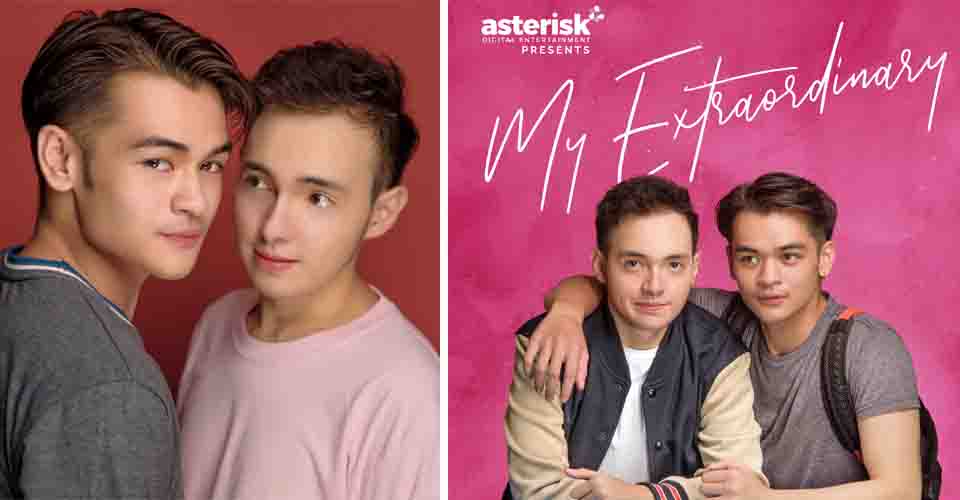 Up and coming Asterisk contract artists Darwin Yu and Enzo Santiago’s undeniable passion for their craft can easily be spotted even from afar.

Darwin is a 21-year-old lad who at his early years in the business was already nominated as best actor in 2017 Madrid International Film Festival and PMPC Star Awards for Best New Movie Actor.

Enzo is a 19-year-old charmer who had a number of acting gigs including Kathryn Bernardo-Daniel Padilla horror-fantasy drama La Luna Sanggre and Boy Abunda Originals: A Trilogy of Love Stories titled Young Love.

That same level of seriousness, among many other similarities, greatly helped the two gentlemen create a connection that fans and spectators will be witnessing through their upcoming Filipino Boys Love (BL) series titled My Extraordinary.

Finding a confidant in his co-actor, Enzo recounts, “I don’t know why but our personalities clicked so perfectly when we met that we had no issues in getting along with each other.

“Darwin and I would often call to check-up on each other and even shared random stories that eventually helped us create a certain bond.”

A tender story about innocence, friendship, the beauty of awakening desire, acceptance and how time heals all wounds, My Extraordinary follows the colorful story of two college students, Shake and Ken, and how they try to express themselves despite the society’s many expectations.

Darwin and Enzo’s eight-episode series is set to premiere on the all-new TV5 & GagaooLala on September 27, 2020, 10:00 pm and will be uploaded on Asterisk Digital Entertainment channel on YouTube at 11:00 pm on the same day. After the

pilot episode, GagaOOLala will pre-release the new episodes every Tuesday starting September 29 or 5 days earlier than TV and YouTube release.

My Extraordinary, the pioneering Filipino BL series on national television, is directed by Jolo Atienza, written by Vincent DeJesus and produced by AsterisK Digital Entertainment.

Darwin breathes life to Shake whom he described as a “loner.”

“He’s an orphan at an early age.

Darwin gleefully admits that he sees so much of himself in his character except that “I’m not a loner, I wanted to be friends with everyone.”

KEN IS AS PASSIONATE AS ENZO

Enzo adds, “Getting into character wasn’t that hard because of the similarities of my character and my own personality.

“I’m an outgoing person, who values my family so much. I love my friends too and I tend to be the super optimistic one in my group of friends.

“I believe that growth stems from an open space, molded by the right environment, and the right care.

“Ken is also very passionate with his craft as I am to my craft.”

DARWIN AND ENZO DOING THE WORK

Darwin is not one to buckle down under pressure, but making an on-screen connection with his fellow actor work is an entirely new challenge for him.

After all, they are two strangers who have to portray as young, innocent lovers.

Being casted in an extraordinary BL series is no walk in the park for both actors.

This means thorough researching, watching multiple BL materials, and participating in endless workshops, some of which were from their writer/coach Vincent and Coach Kru “Sara” Lukkaew, a famous acting coach of GMMTV and Studio WabiSabi Actors, that was personally tapped by AsterisK Executive Producer Kristian Kabigting.

The actors also attended Sexual Orientation and Gender Identity Expression (SOGIE) talks and webinars as part of their preparations.

The two actors were on both ends when asked if they hesitated to accept the project.

Enzo, for his part, instantly knew he had to portray Ken’s story the moment he read the script.

“The story was so well-written that I also fell in love not only with Ken, but the other characters too.

“Aside from the awesome story, I love projects that have an impact on the flaws of our society.”

Darwin, on the other hand, almost allowed the project slipped away from him simply because “baka nga maraming mag-bash.”

Accepting a queer role wasn’t an easy decision for him.

“Pero instead of dwelling on the negative side, I opted to look at the brighter side – I have a lot of friends na part ng LGBTQIA [community] and ginamit ko ‘yun as my inspiration.

‘EXTRAORDINARY’ JOURNEY OF LOVE AND ACCEPTANCE

What do Darwin and Enzo hope their viewers will take away from the series?

Both hoped for respect and breaking stereotypes.

For Darwin, this project opened his eyes to the harsh reality of discrimination

“I learned to give more respect sa LGBTQIA [community]. We need to break the gender discrimination.

“Love is one of the things that makes us humans.

“I would like Ken to be remembered as an example of a victim of the stigma of our society, and how he tried his best to convey his true feelings despite all the hurdles he had to face.

“Ken might be a fictional character, but the life that he lives in is a reflection of our reality.

“I want the people to open their minds about the LGBTQIA++ community – they were never below us nor above us for they have equal rights as we do.

“I advocate for humanity; and I believe that doing good for our society while doing the work we love is much better than just working without a cause.” 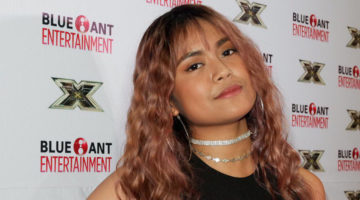