Look: Atom Araullo’s Official Statement on His Resignation as an ABS-CBN News Reporter 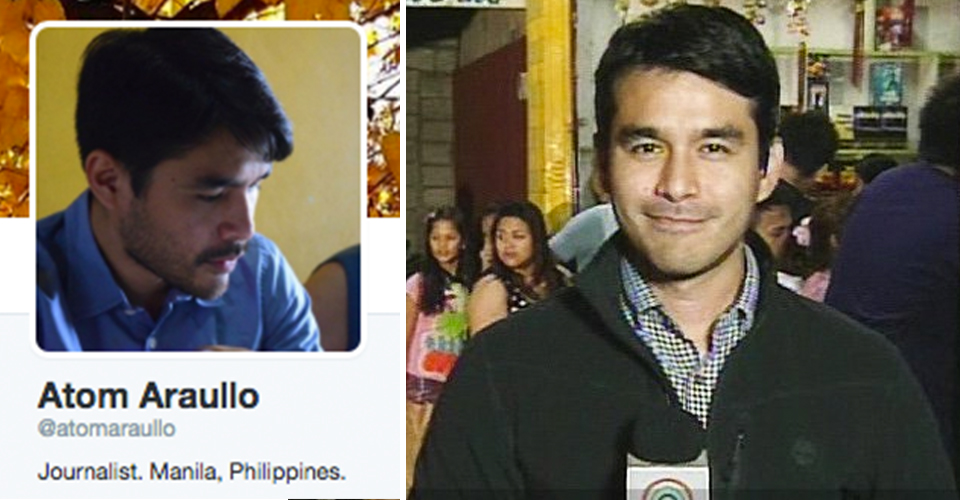 Last week, news broke that ABS-CBN field reporter (and TV heartthrob) Atom Araullo has resigned from his news reporting job but remains a Kapamilya. Several speculations have come out on the reason behind the resignation. Some have mentioned in reports that Atom’s being vocal about his stand on certain political issues (eg. former president Ferdinand Marcos’ burial at the Libingan ng mga Bayani) has become a factor in the resignation. To clear things up, Atom issued a statement via a tweet last Sunday, August 28. 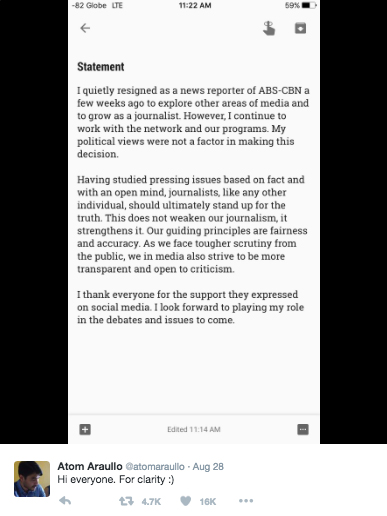 “I quietly resigned as a news reporter of ABS-CBN a few weeks ago to explore otther areas of media and to grow as a journalist. However, I continue to work with the network and our programs. My political views were not a factor in making this decision.

Having studied pressing issues based on fact and with an open mind, journalists, like any other individual, should ultimately stand up for the truth. This does not weaken our journalism, it strengthens it. Our guiding principles are fairness and accuracy. As we face tougher scrutiny from the public, we in media also strive to be more transparent and open to criticism.

I thank everyone for the support they expressed on social media. I look forward to playing my role in the debates and issues to come.” 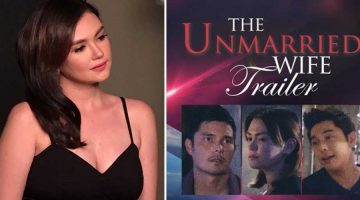