Look: Alden and Maine on the Cover of Cosmopolitan’s Valentine Issue 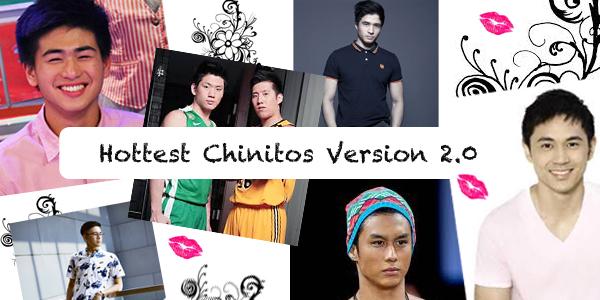 Yes, we’ve heard you! We know you love our previous post about the best looking Chinito guys in Philippine show business (if you don’t know what we are talking about, you may want to visit this page.) Although the previous line-up is still current, with the introduction of fresh new faces and the rise of new celebrities/personalities in the country, we thought of adding a new roster of cuties in our much-loved Chinito list…

WE REPEAT – not everyone here has Chinese blood. Our criteria is pretty simple: as long as they 1) have chinky eyes and; 2) are charming in more ways than one, then they are part of this nakakakilig list!

So who’s your personal favorite? Join our poll below:

Manolo Pedrosa. Here’s our little prayer in honor of Manolo, ‘Dear Big Brother, can you give more air time dedicated to this cutie in your show? We don’t really mind if the 24/7 Pinoy Big Brother (PBB) cameras focus on his face every now and then…’ *wink, wink*

Slater Young. Unassuming, decent, mature yet innocent-looking – these are the unique traits that set Slater apart from any other local celebrity. Plus, he has the greatest, widest smile that’ll melt any girl’s heart any time of the day…

Champ Liu Pio. With a handsome voice like that and with popular hits (such as ‘Kung Wala Ka,’ ‘Broken Sonnet,’ and ‘The Day You Said Good Night’) under his belt, ex-Hale frontman, Champ, will forever be our alternative-rock superstar.

Chino Liu Pio. Champ’s little brother is making a name for his own self. Aside from being a style icon, Chino is much known to many as VJ Chino, MYX’s sleek and spunky video jockey.

Jeron Teng. UAAP’s Most Valuable Player definitely deserves a spot in our list. With a legion of fans shrieking in and out of the basketball court, Jeron’s stardom is unstoppable. (At para masingit lang – we love those six packs and his ogle-worthy Apollo’s belt! Who doesn’t?)

Jeric Teng. Brawny, muscular, and rugged, Jeric is surely an eye-candy whenever he plays basketball. Whether he sports a semikal look or a clean-cut hairstyle, he is still as pogi as ever.

Randy See. Ramp/commercial model and Mr. Chinatown 2013, Randy, is the perfect epitome of a guy who is armed with both good looks and intelligence. While waiting for his star to shine even brighter, Randy is still finishing his university degree at the Ateneo de Manila University (BS Management).

Sky Yang. Sky is definitely one of the next big thing in male modelling. Lean built, great height, and effin hoooottt arm tattoos–everything we love in a handsome boy! We’d like to see more of this Chinito in the coming months in print magazines and in billboards *cross fingers*…

Steven Silva. GMA 7’s cutie chinito and StarStruck’s Ultimate Male Survivor (fifth season) continues to charm us not only with his adorable face but also because of his unique skills and talents. Aside from being a celebrity, he is also a football player back in the United States and also a good chef.

Jiro Shirakawa. With his sexy oriental looks, Jiro, who is of Fil-Jap descent, first rose to fame after winning the Mossimo Bikini Summit in 2009. He was also launched as a Star Magic talent back in the day.

Carlos Concepcion. Model/Fashion Designer Carlos is definitely your typical ‘It Boy.’ Just try stalking his Instagram account and you’ll fall in love with him even more. He treats his followers with cute, stylish selfies almost every day while travelling around the world.

Vince Velasco. You might remember him as the gay lover of Victor Basa’s character in the phenomenal GMA 7 series ‘My Husband’s Lover.’ Although the show has already ended for quite some time now, you’ll still get a daily dose of Vince through his various commercials that are still running on television now.

Paul Jake Castillo. This Cebuano hottie has been always playing second fiddle roles in ABS-CBN. Hope we see more of him in the near future with some meatier, lead roles. We also heard he’s currently dating Kaye Abad?

Thomas Torres. Don’t you just love Thomas and his baby face? Whether he is wearing his number 18 basketball jersey for the De La Salle Green Archers or not, he is still one of the favorite and most memorable players last season in UAAP.

Richard Poon. Recently married to a beautiful wife, Maricar Reyes, Richard’s pogi points continue to soar high as he shows to the world how much he loves his wife very much. Well, if we were Maricar, we don’t mind waking up every single day beside him too… Richard is currently seen on ASAP as part of the Sessionistas.

JC Tiuseco. Try doing a Google search about JC and all you will find are his sizzling, shirtless photos. Well, if you are lucky enough, you will find one or two photos of his photos with his shirt on. Aside from being being an actor, model and TV host, JC was also formerly a basketball player for the San Sebastian Stags as part of the NCAA team.

Hayden Kho. Despite the controversies and scandals that has been linked to his name in the past, Hayden is still standing strong, braver than ever. Aside from being a commercial model and entrepreneur, he is now hosting a talk show on TV 5 called ‘Paparazzi.’

Richard Yap. Known to many as Sir Chief or Maya’s kind and thoughtful husband in ‘Be Careful with my Heart,’ Richard and his oozing charisma still remain as the top reasons why the show is still getting a solid following from loyal viewers. He is also your ideal Daddy Chinito – a good husband to his wife (Melody), a good father to his two children (Ashley and Dylan), and a good friend to his co-workers. 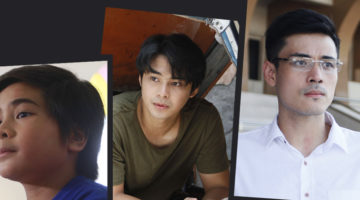