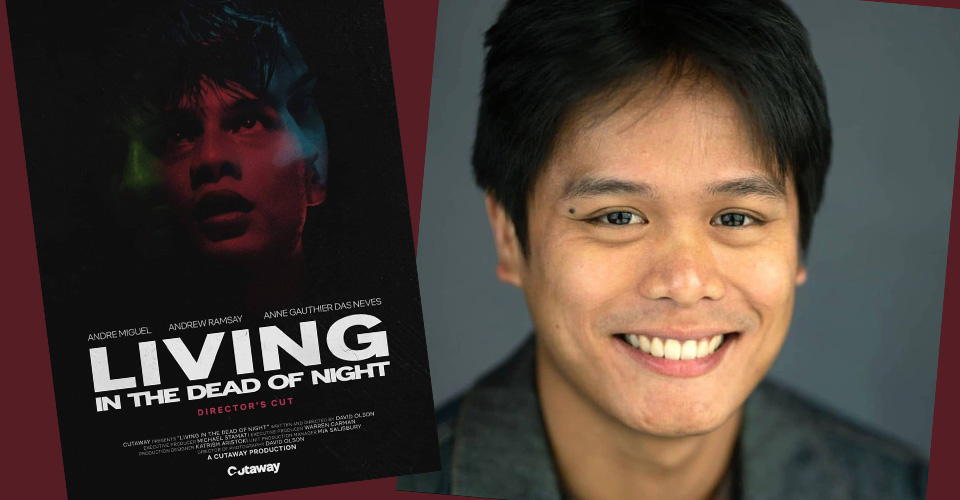 When you have the talent, you let it speak for yourself. This applies to up and coming actor Andrew Ramsay. His last name may ring a bell, but Andrew Ramsay is making a name for himself, out of the shadows of his older brother and known Filipino actor Derek Ramsay.

A new player in the local entertainment scene, Andrew is more than just face value. The theater became his first stage. He found an interest in the theater at a tender age and dove deeper after learning about the works of Shakespeare. He has received training for acting in the Liverpool Institute for Performing Arts, the Royal Academy of Dramatic Arts, and the Philippine Educational Theater Association. Andrew also earned his Bachelor’s in Fine Arts in Acting for Film from the New York Film Academy.

The passionate actor returned to the Philippines after his stints in London and Los Angeles. In hopes of making a name for himself in the film circle, he auditioned for a role in Ginhawa, a feature-length film in competition for the 2022 Cinemalaya Film Festival. His character, Anton Banal, is an impoverished local boxer who dreams of making it big. While most films featuring athletes follow their road to success, Ginhawa tells otherwise. The story shows the grim realities of the sports industry and the harsh realities these hopeful boxers face. Andrew worked alongside veteran actress Ruby Ruiz and director Christian Paolo Lat for the ambitious project.

To breathe life into the character of Anton, Andrew had to live in a boxing gym. He also lost weight and immersed himself in the vernacular to portray his character. Another project he worked on recently is Living in the Dead of Night, a short film under the creative direction of David Olson. He plays Tom, a dubious drug dealer who takes advantage of the sheltered Hunter. Tom’s character is different from his real-life disposition, but it was a role that he took on with much intensity.

Andrew also pursues his love for film in different ways, particularly as the Head of Partnerships for Cutaway Productions, a company that creates ads, social media content, and full-length features for a broad clientele.

Living in the Dead of Night is a neon-noir film that follows the story of Hunter, a sheltered teenager finding his place in the sleepless metropolis. Alongside his dubious partner Tom, Hunter participates in a deal of a lifetime out of a shabby motel room. Hunter experiences it all: fighting, gambling, sex, and an all-time high. Still lost and searching for answers in his psychedelic vacuum, Hunter witnesses the death of his youth. He then learns that adulthood is not what he pictured it to be. A dark coming-of-age story, Living in the Dead of Night, portrays how the loss of innocence can call in a blink. The film is based on real events. Neon-noir short film Living in the Dead of Night follows a sheltered teenager navigating a disturbed metropolis. Young and exposed to drugs, sex, and violence, the protagonist Hunter, barely of age, goes on a psychedelic hotel room adventure with his shady partner Tom. When he realizes that adulthood was not the life he signed up for, Hunter gets lost in the city and finds comfort in a beautiful woman he barely knows. A catastrophic coming-of-age story, Living in the Dead of Night shows how blissful innocence can leave in a moment. Based on true events. 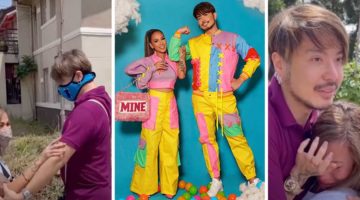